Cristiano Ronaldo is well known for taking his top off during matches but he won't be doing next time Juventus play Roma, or any time they do.

The five time Ballon d'Or winner has a long rooted dislike of the Giallorossi that's lasted since he played for Manchester United.

United faced Roma in the Champions League in 2007 with the English side winning the second leg of their quarter final 7-1, going through 8-3 on aggregate, and Ronaldo's experience clearly put him off the Italian side.

"When it was 6-0, they asked me to stop, an opponent begged me to stop dribbling," he claimed in December 2018.

"Others threatened to hurt me.

"Roma? There is no player with whom I would exchange a shirt."

Last season the 34-year-old was short of his usual goal tally notching up 'just' 21 league goals in 31 appearances, in his first year in Italy.

But this season he is back to a near goal to game ratio, having enjoyed more than that in his nine years playing for Real Madrid, and has scored 21 times in 22 games in Serie A.

Despite his impressive record, and equalling the league's record for most games scored in in-a-row, he's only second top scorer in the league this season, behind Lazio's Ciro Immobile on 27. 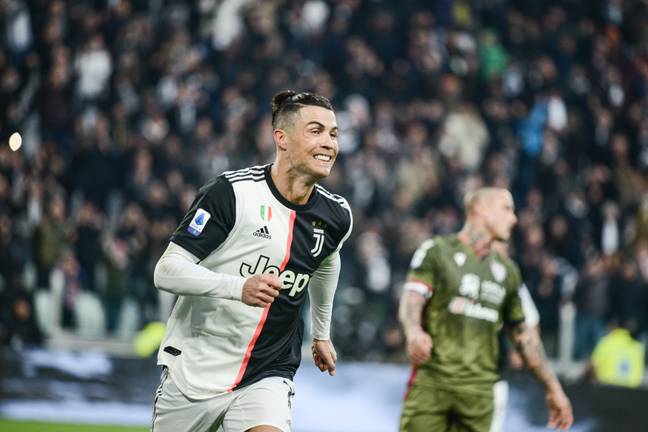 The Old Lady have been having one of their more testing seasons during their eight year run of winning every league title but their win in the Derby d'Italia against Inter, just before the country cancelled all sporting events, saw the go back top of the table.

They have got a fight on their hands in the Champions League, when the season returns, after losing to Lyon in the first leg of their last 16 game against the French side. 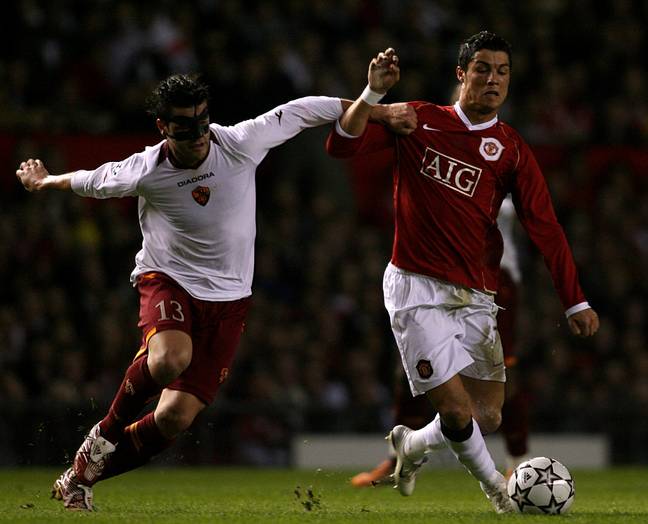 Ronaldo battles for the ball during the 7-1 win. Image: PA Images

The former Sporting winger took to social media to challenge everyone to the 'Living Room Cup' challenge, asking people to do core crushers.

Content created and supplied by: Abdul001 (via Opera News )