When you speak about the youngest Goalscorers in The UEFA Champions league, One would think that Lionel Messi and Cristiano Ronaldo would be on top of the list. The truth was that Ronaldo and messi started their career slowly before becoming football legends. 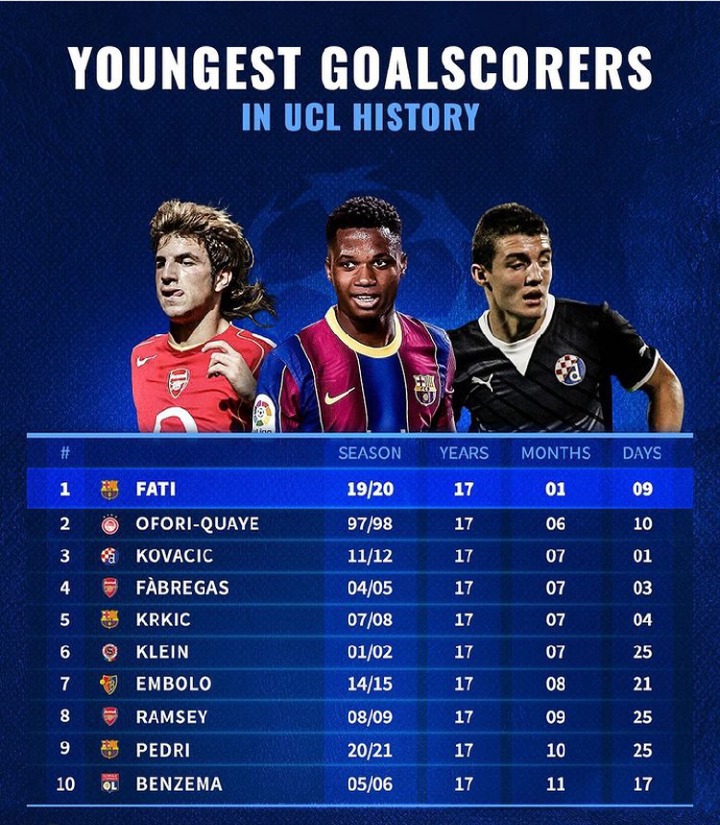 Ansu Fati is the youngest goalscorer in the UEFA Champions league. The Spanish left winger scored his first goal in the tournament when he was17 Years, one month and nine days. Other barcelona players who made the list includes Krikic and Pedri, both players where few months older than Ansu Fati when they scored their first UEFA Champions league goal. 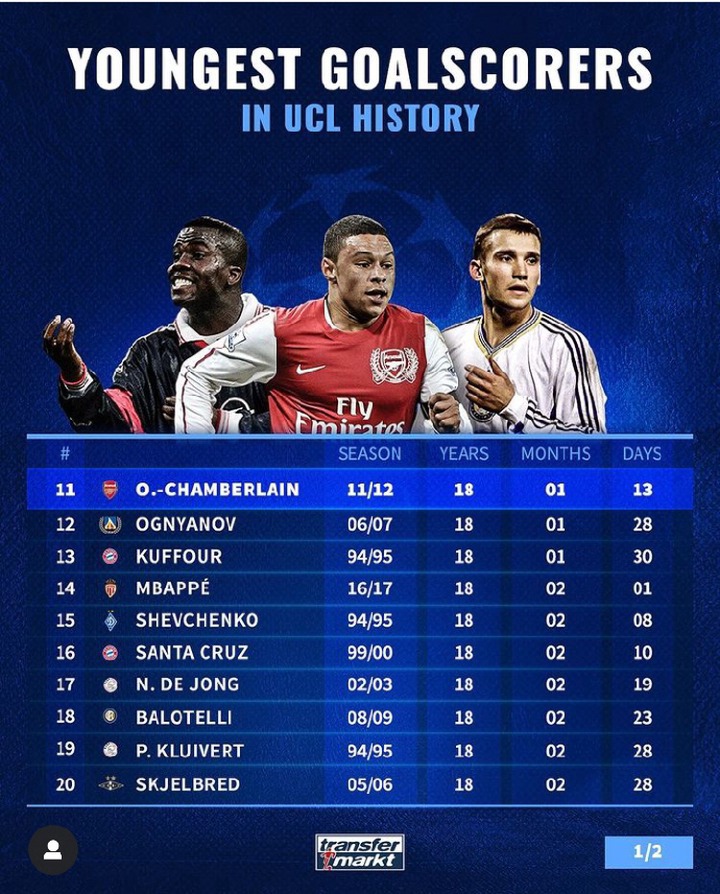