By TypicalReporter (self meida writer) | 19 days

WWE superstar, Dwayne Johnson is a retired pro wrestler and one of the highest paid movies actors in the united state. The rock stated in a interview broadcast that" “I do have that goal to unite our country and I also feel that if this is what the people want, then I will do that,” Johnson said when asked about his presidential ambitions in an interview broadcast on the Today show on Monday. 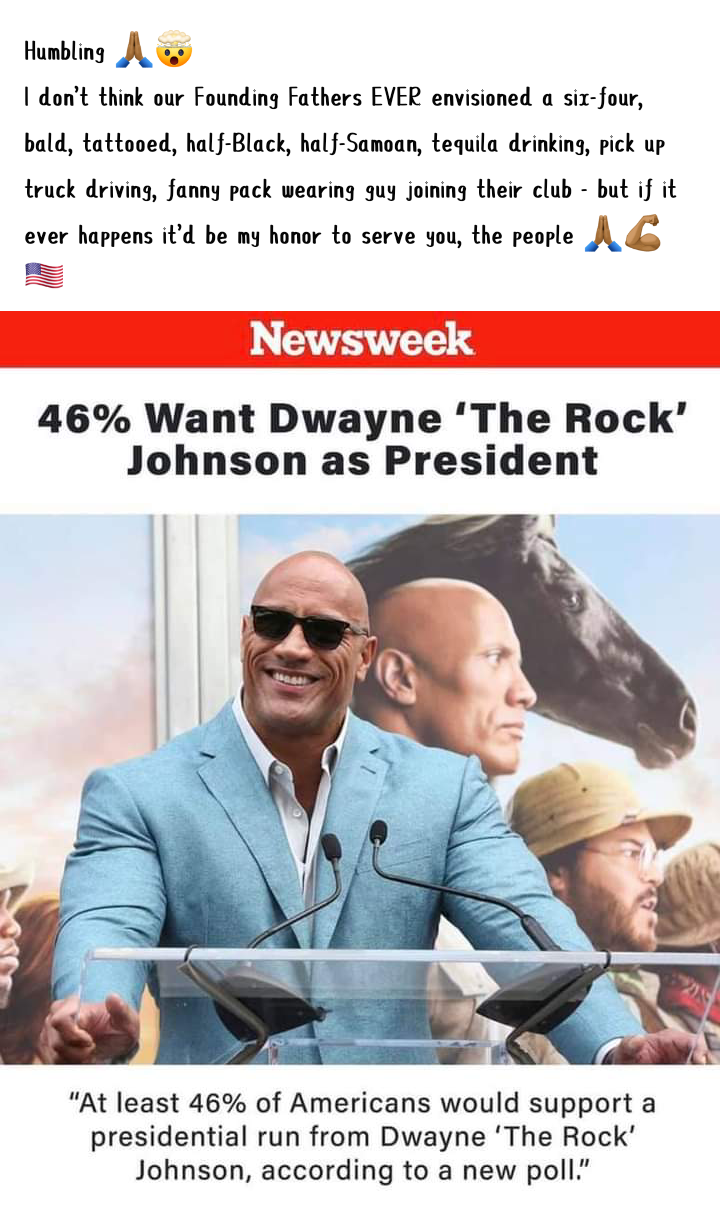 Dwayne Johnson didn't mention the party hell be contesting with for the White House. The whole saga started when an online poll identified the ex super star as the most loved potential contestant for the post of the President. 46% of the poll voted Dwayne Johnson as president, no other celebrity came close to his percentage. 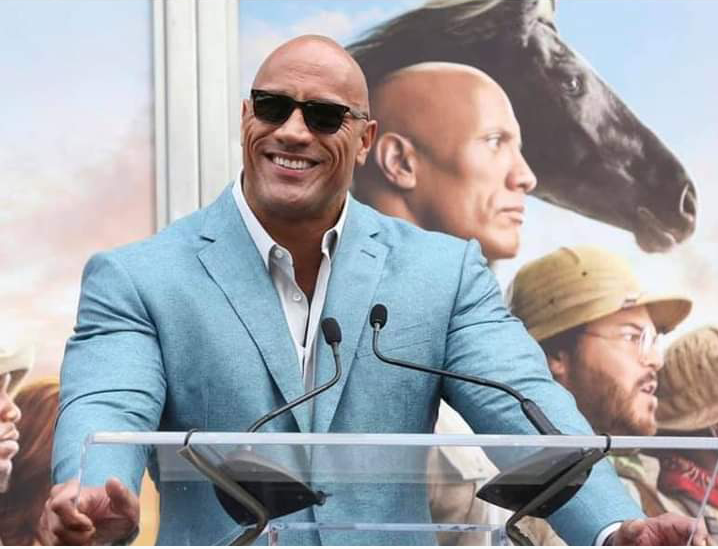 The rock further stated that "A united country, as we know, is its strongest," he says. "I want to see that for our country."The rock further stated that on his official Facebook page that "Humbling," Johnson previously called the poll. "I don’t think our Founding Fathers EVER envisioned a six-four, bald, tattooed, half-Black, half-Samoan, tequila drinking, pick up truck driving, fanny pack wearing guy joining their club, but if it ever happens it’d be my honor to serve you, the people."