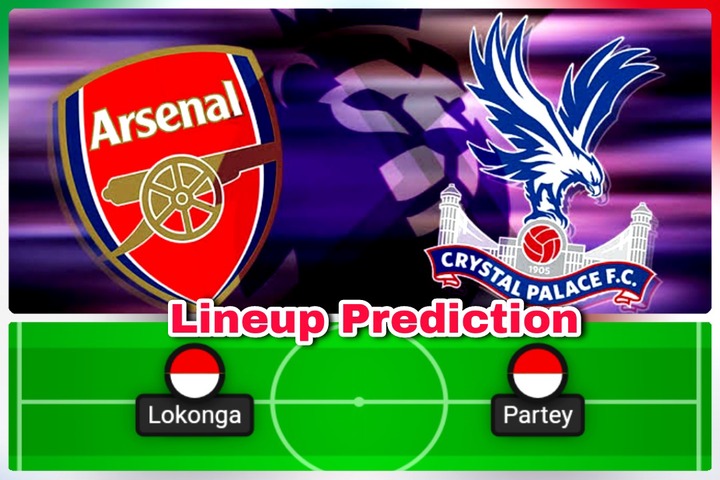 Arsenal play Crystal Palace at the Emirates on Monday night in the Premier League, hoping to continue their revival after the international break.

The Gunners are unbeaten in their previous four games, including a 3-1 victory against Tottenham in the north London derby, which was by far their greatest performance of the season.

Although the Eagles have shown their mettle under Patrick Vieira in recent draws against Brighton and Leicester, Arsenal manager Mikel Arteta will be confident that his side can maintain their winning streak on Monday night.

Ramsdale (GK): Regrettably, he was not given his England debut during the international break. Ramsdale has carved out the top slot for himself and will keep it after keeping four clean sheets in his first five starts.

Tomiyasu (RB): So far, his signing appears to be a wise investment for Arsenal. He has been impressive so far and should start in this match.

Ben White (CB): After a difficult start, he settled into the side, with evidence of a blossoming partnership between him and Gabriel.

Gabriel (CB): For the time being, he appears to be free of injury problems, and Arteta will be hoping that his connection with White continues to flourish here. Arsenal hasn't lost since they began working together.

Tierney (LB): Had a successful international break for his country. He should be able to start here after a few days of relaxation.

Partey (DM): Another player who maintains his fitness. Since the Ghanaian's return to the starting line-up, Arsenal has gone undefeated.

Lokonga (DM): Granit Xhaka is expected to be sidelined for a long time, therefore the new signing will continue to fill in. Although he has yet to light up the Premier League, he has a lot of potential.

Odegaard (AM): Before a lacklustre performance against Brighton just before the break, he had really come into his own. Arteta will be hoping that the Norwegian can reclaim his finest creative form here.

Saka (RW): Saka scored a wonderful England goal against Andorra during the international break, and he will seek to keep up his good form.

Smith Rowe (LW): Smith Rowe is expected to start after scoring for England's Under-21s during the international break. He's in great shape.

Aubameyang (CF): On Monday, he added to his recent goals against Spurs and Norwich by scoring for Gabon while on international duty. He's had a week to rest and should be ready to go now. 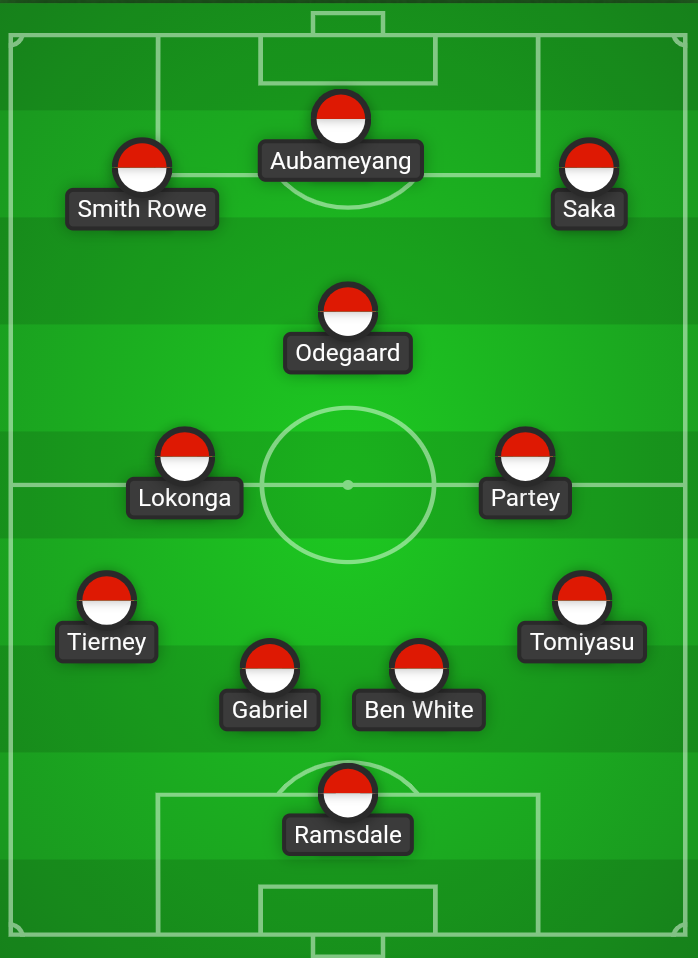