Players who should have been wrestlers

There are certain footballers whom are blessed with good body physique. They have well built body and you would have thought that they were training to be a bouncer or so.

I'm going to talk about players who should be been wrestlers because of their body physique and not form. 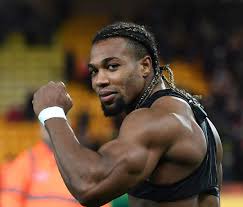 Though he claimed that he inherited this amazing physique.

The Spanish winger claims genetics have played the biggest role in his sheer strength. Many players would have been jealous spending hours in the gym to get what he claimed to have inherited.

He has ripped defences apart this season as the Barcelona academy product lives up to his promise in the premier league. His sheer pace and combine power to deadly effect of Nuno Espirito Santo's side.

His sheer strength has gained him more fans. Liverpool manager Klopp is a big fan of him, describing Traore as a bigger defensive threat than Leicester city striker Jamie Vardy. 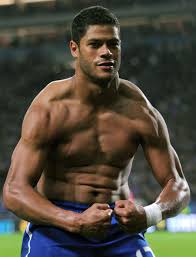 He is a strongly built footballer and acquires his nickname due to his likeliness to actor Lou Ferrigno, who played the incredible HULK on the television show in the 1970s.

It is somehow funny that his massive physique has made many of his fan not know his real name GIVANILDO VIEIRA DE SOUSA. 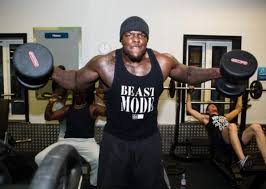 He had a smaller frame during his younger days, but high-calorie diet helped turn him increase his weight.

Akinfenwa can bench press 180kg and boasts a 97 strength rating on FIFA 20.