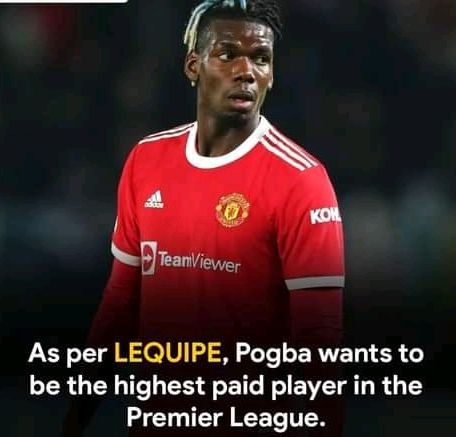 Paul Pogba has been declared out for two months with a catastrophic right thigh injury, dealing a major blow to Manchester United. Pogba has also issued an ultimatum to Manchester United, through his agent Mino Raiola, demanding that he be made the highest-paid player in the Premier League if the club wishes to retain his services next summer. Following Paul Pogba's refusal to extend his stay at Old Trafford, Manchester United have shown no interest in offering him a new contract. As a result, the player could be sold during the January transfer window, with Juventus, Real Madrid, Barcelona, and Paris Saint-Germain all reportedly interested. The departure of Paul Pogba from Manchester United might free up Donny Van De Beek and Jadon Sancho, both of whom have struggled at Old Trafford as a result of his style of play. 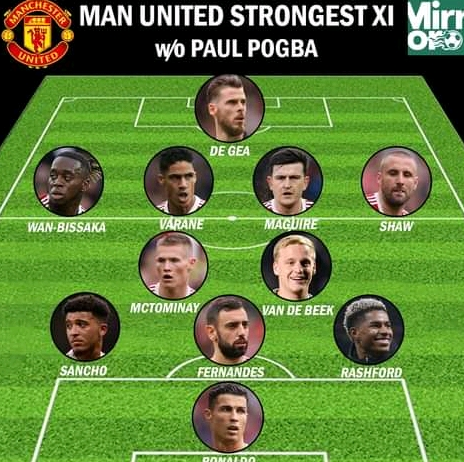 The Red Devils could field the strongest XI possible without Paul Pogba, with the goal of bringing outcasts Donny Van De Beek and Jadon Sancho, who have struggled to make an impact at Old Trafford this season. Wan-Bissaka, Raphael Varane, Harry Maguire, and Luke Shaw are expected to start in goal for Manchester United, with David De Gea as the backup goalkeeper. The midfield will be bolstered by Scott Mctomminay, Donny Van De Beek, and Bruno Fernandes, while the Man United attack will be led by Jadon Sancho, Cristiano Ronaldo, and Marcus Rashford, all of whom will be dangerous goal scorers for the club.