By GistCrib (self media writer) | 1 year ago

Special Assistant to the President on New Media, Bashir Ahmad has sent a message to Chelsea after they're billed to Face Real Madrid in the Semi Finals of the UEFA Champions league.

The Spanish giants overcame a Liverpool Side over two legs, in the Quarter Finals of the competition, winning the First leg 3-1 and playing out a goalless draw at Anfield last night. By this Victory, Real Madrid would have to Face Chelsea FC in the Semi Final, who have already qualified by beating FC Porto in their own Quarter final match. 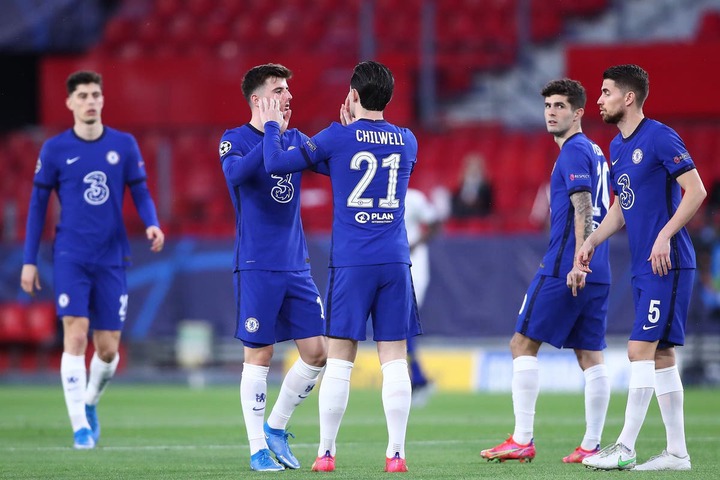 Bashir Ahmad on his Twitter Handle posted a message to Chelsea shortly after Real Madrid won their match. Retweeting a Post from Chelsea's official twitter account, He posted "RIP Chelsea", which means "Rest in Peace Chelsea". This indicates that he believes Chelsea would not be able to overcome Real Madrid in the Tie.

His message sparked reactions as Football Fans came out to either support or oppose the Motion. Chelsea fans seemed quite confident that their team will pull through, while the rest believe it is the End of the Road for them. 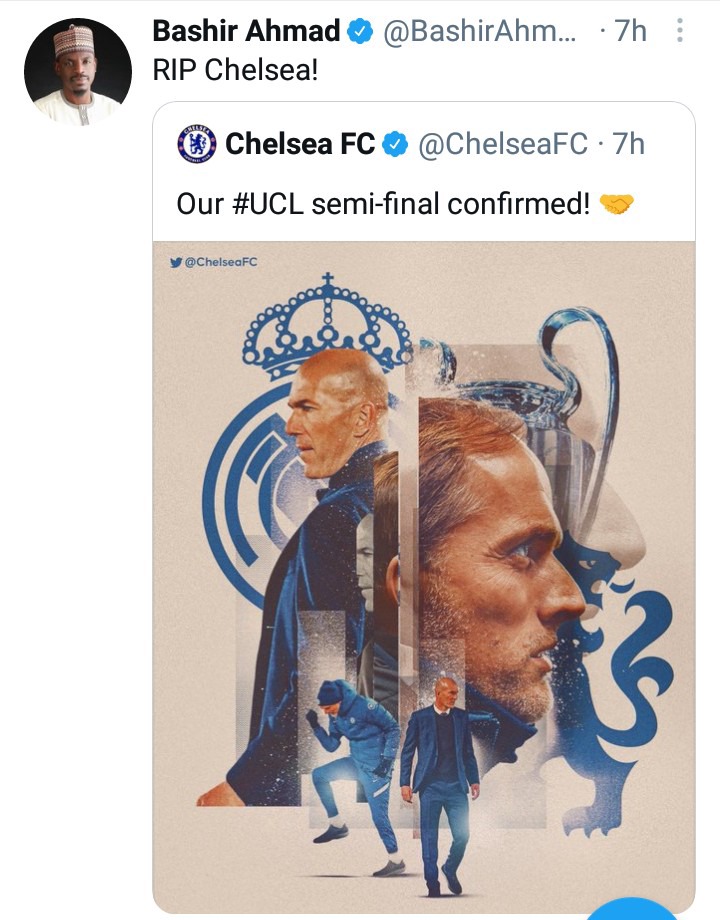 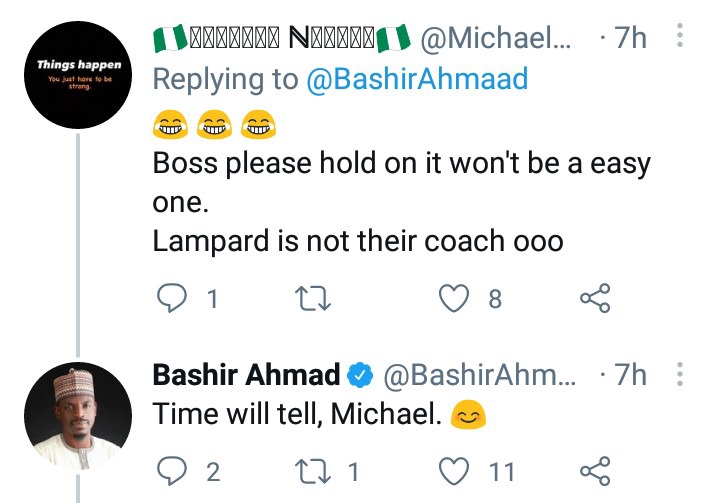 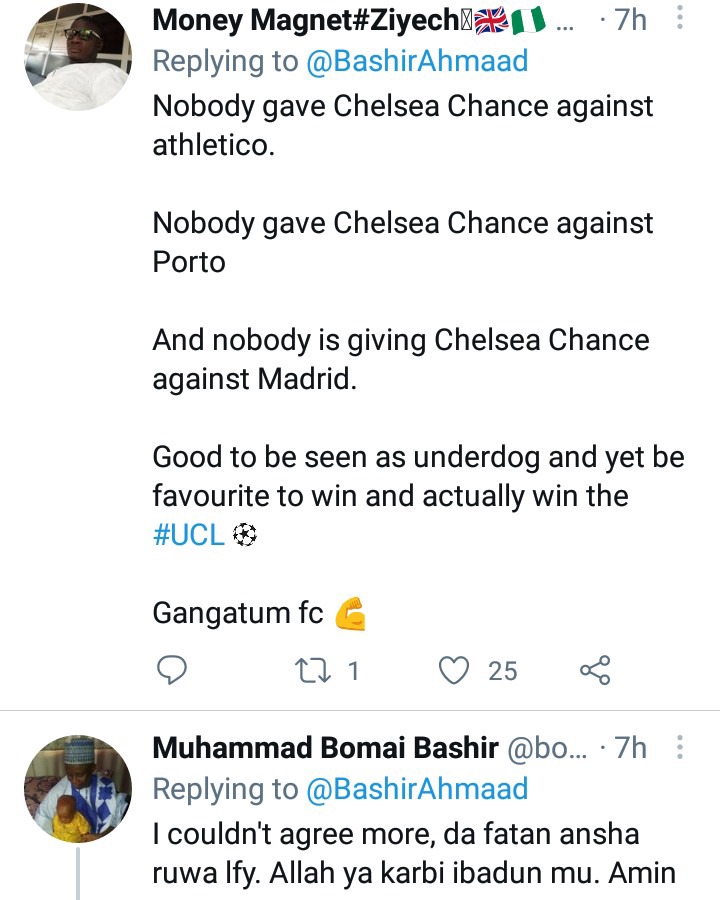 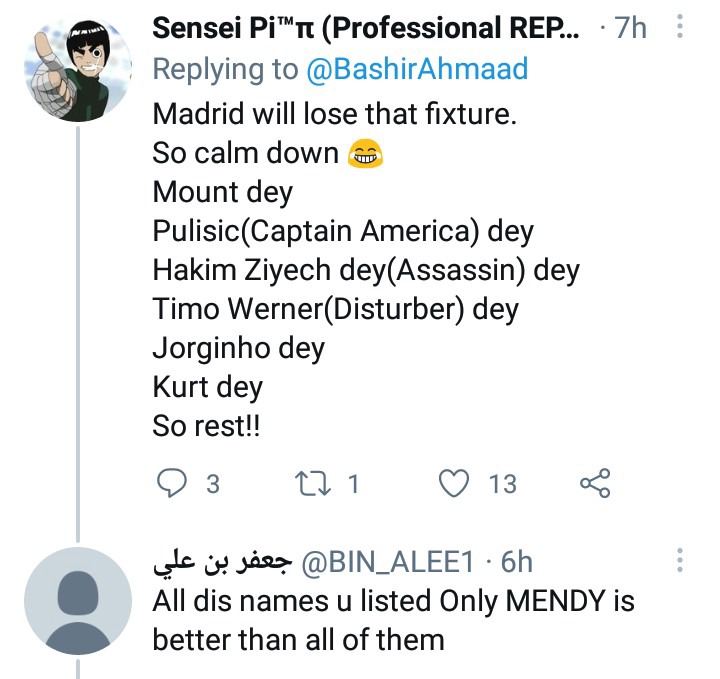 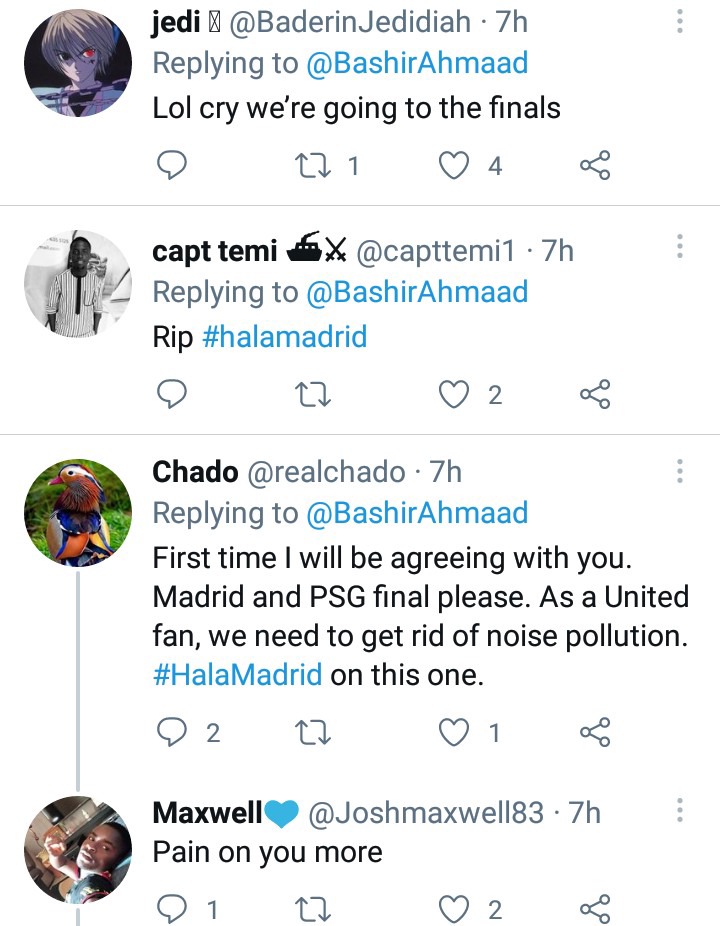 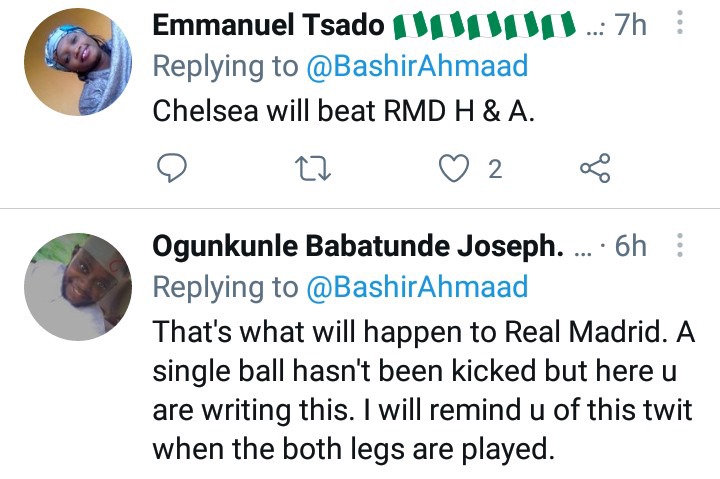 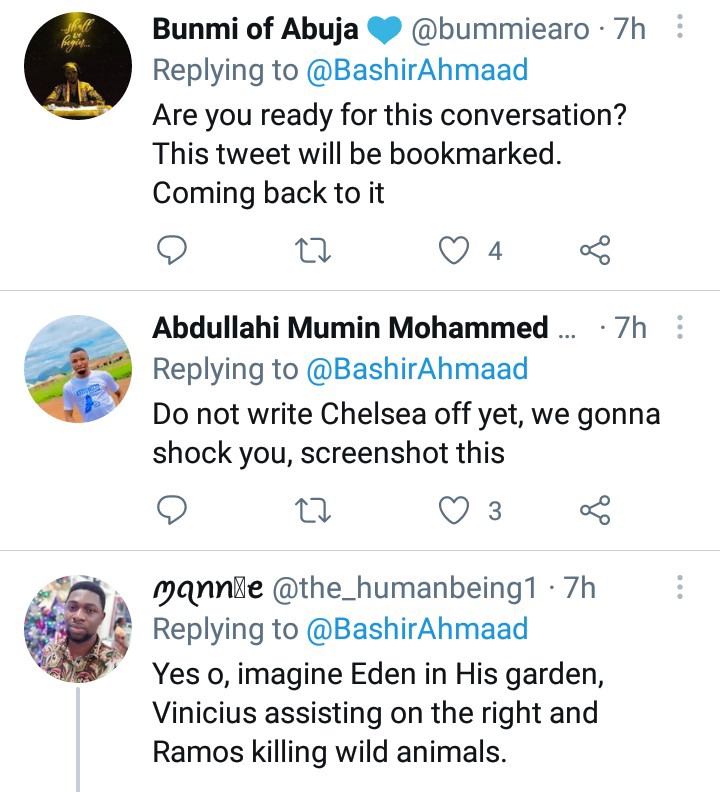 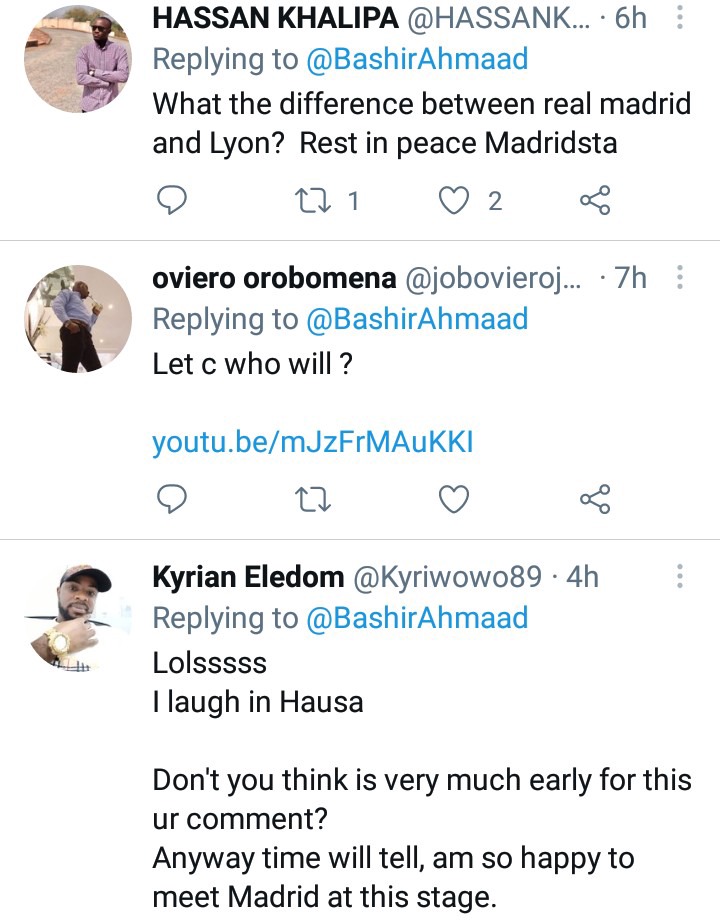 In the other Semi Final Fixture, French Champions, PSG will square off with Manchester City.

Who do you think will win the Champions League? Drop your Comments Below.

Content created and supplied by: GistCrib (via Opera News )