Johnny Gargano Has One Big Goal Left In NXT [Exclusive]

After a brutal battle with Damien Priest and Leon Ruff this past Sunday at NXT TakeOver: WarGames, Johnny Gargano once again is standing tall as the North American Champion.

With a little assistance from Austin Theory, and a slew of other ghost-faced assailants, Gargano was able to capture the title for a third time. He's the first person ever to capture the North American Championship three times, and he broke his own record to do it. No one else has ever held that belt more than once. 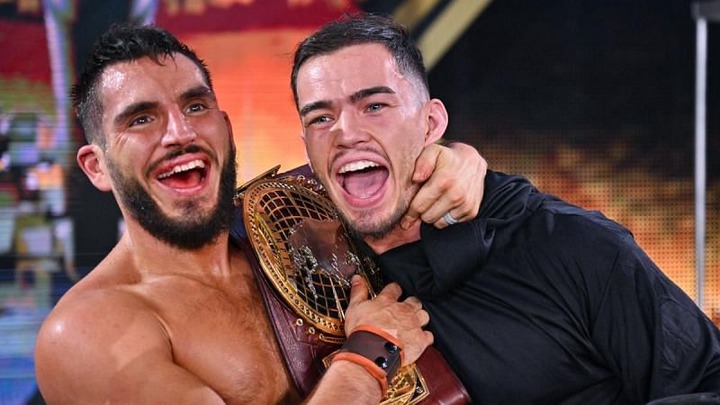 "It means the world, man... I was told no by WWE tryout. I was told there was no place for me in NXT. To now be here years later and to be not only the first triple crown champion in NXT history, not only the first two time North American Champion but the first three time North American Champion, uh, I've held five titles now in NXT, won more awards than anyone, been on more TakeOvers than anyone, it's pretty wild. It really is kind of, uh, a Cinderella story of being told no, and using it as ways to fuel you. And that's just kind of who I am."

Johnny Gargano told Sportskeeda in an exclusive interview, that he has that Cleveland mentality of always being the perpetual the underdog. It doesn't matter how successful he is, Johnny Gargano will always carry that chip on his shoulder and will always strive to be better.

What's left for Johnny Gargano to accomplish in NXT?

Johnny Gargano has accomplished nearly everything a wrestler could want during his time in NXT. In his five years with WWE, he's won every Championship and competed in nearly every big match that the Black and Gold brand has to offer. It begs the question, what is left for Johnny Gargano to accomplish in NXT?

It turns out that now that he holds the North American Championship once again, he has his opportunity to achieve his last big remaining goal.

On top of this last personal goal, Johnny Gargano told Sportskeeda he also wants to leave The Black and Gold brand better than when he got there. He wants to help push NXT to an even bigger platform and help push the next generation of NXT stars to where he thinks they should be. Which is why, in part, he has now aligned himself with Austin Theory.

Johnny Gargano is considered by many to be one of the top stars in the history of NXT, but at the same time, many in the WWE Universe think it's time for him to move on to  RAW  or  SmackDown  to continue building his legacy on the "main roster".

However, Johnny Gargano is a firm believer that NXT is it's own viable brand and that the thought of it being developmental needs to go away.

"The NXT roster is filled with very, very, very talented people who've been doing this for a very, very long time. And we all have one goal and that is to take NXT where it deserves to be."

When asked whether he eventually sees himself making the move over to RAW or SmackDown, Johnny Gargano gave the old adage of "never say never". That said, he is very happy where he is right now.

So while you can never say never in WWE, it does appear that Johnny Gargano will remain a staple on Wednesday nights for the foreseeable future. You can see the North American Champion every week at 8pm EST on the USA Networ