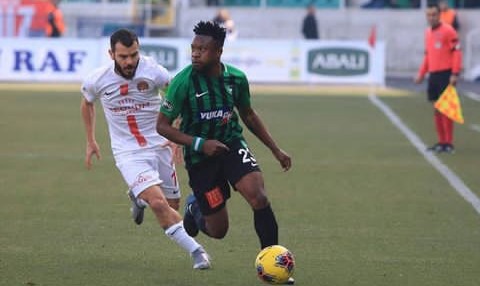 Super Eagles of Nigeria midfield maestro, Ogenyi Onazi was in action on Monday night for Denizlispor in their 7th game of the Turkish 1st Lig against Samsunspor at the Denizli Ataturk Stadium.

The Nigerian star started the game from the bench due to tactical reason but was introduced in the 57th minutes for Brice Dja Djedje and he was able to impress as he was at the heart of the centre-field for the host. 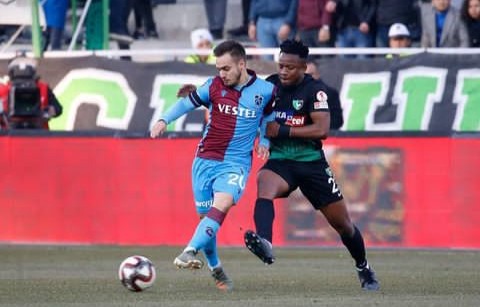 Ogenyi Onazi contributed his quota in the show of the night but his efforts were not enough to save his side from the three goals to two narrow defeat.

The host in the first half opened the scoring sheet in the 12th minute with a goal from Kevin Mayi to make it one nil which was the only goal that separated the two sides at half time.

The tempo of the game got more intensed in the second half as they both displayed some dazzling skills and the visitor got levelled with a goal from Yasin Oztekin in the 48th minute to make it 1-1, before they took the lead in the 71st minute via penalty as Hasan Kilic put the ball away from the spot to make it two goals to one. 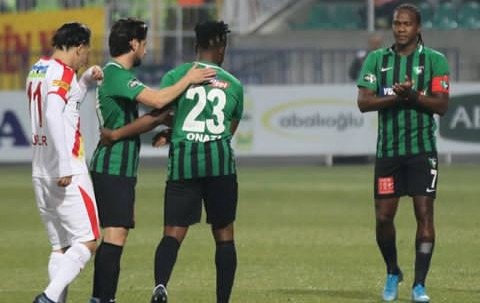 Omer Sismanoglu also got levelled for the host in the 75th minute to make it 2-2 before they conceded yet another goal to trail from behind in the 77th minute with a goal from Melih Okutan to make it three goals to two.

After several attempts from both sides to add more to the tally of the night, all proved abortive as it ended three goals to two at full time.

The shocking defeat for the host means they now sit at the 16th spot on the table with 6 points in 7 games played and as such be hoping to be back to winning ways in their next fixture, so as to keep their pursuit going in the competition. 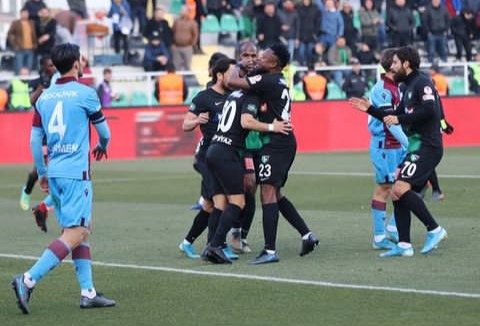