Manchester United might grab their 4th win against Chelsea if Lampard repeats these same mistakes.

By Teewhyte (self media writer) | 1 year ago 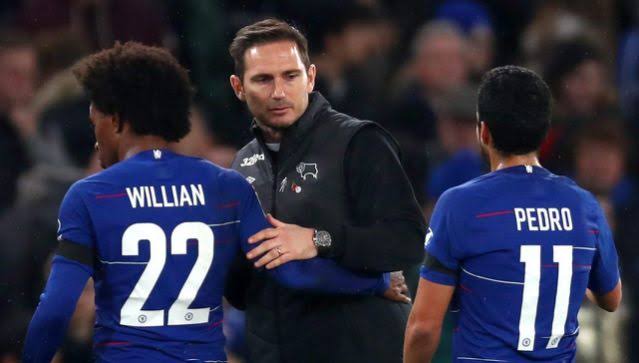 In less than five hours from now Manchester United will be facing Chelsea to contend for a place in the finals of the FA cup after Arsenal made what most people classify as a shocking 2-0 win against Manchester City yesterday at Wembley. Lampard and his boys have been working around the clock by engaging in serious training sessions after they secured a 1-0 win against Norwich City so as to be physically fit for this wonderful day. Manchester United on the other hand will be looking forward to tighten up all loose and so as to secure a win against Chelsea as securing a win against Chelsea would guarantee them a place in the finals against Arsenal. 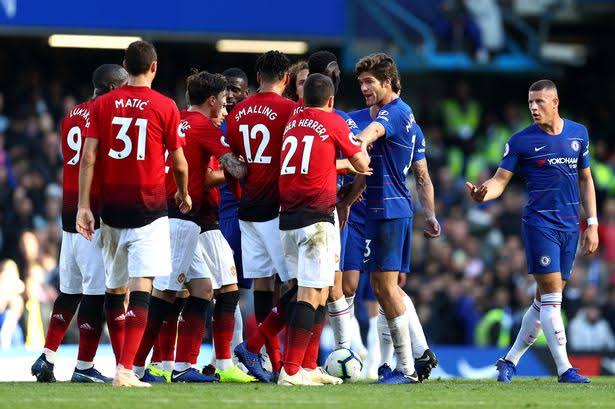 However, a lot of people believe that Manchester United are on the upper hand in securing victory today as they have been in top-notch form ever since the Premier league resumed after emergency halt to the Premier league activities due to the coronavirus outbreak. But sadly the same cannot be said for Chelsea as they began initially in good form but quite recently, they have lost their form and they have been struggling to win matches these days. From the three past matches between Manchester United and Chelsea one thing is significant about Manchester United. Manchester United tend to be more concentrated on their defensive line than their attacking line. The rely more on counter attacks . They use this tactics mostly whenever they play with Chelsea especially in the three times they have played this season.

Chelsea is a team that are good in building strong attacks but they have two problems while building their attacks. Firstly Chelsea are very good in the act of building strong attacks as they are good in maintaining possession of the ball and making accurate passes but lack good skill to finish these passes with a goal.

Secondly Chelsea are good at building attacks but most of the times they lose consciousness of their defence that is why Manchester United as a team are good at building strong counterattacks. They took advantage of Chelsea's weak defence and produce goals for themselves just like in their first match with Chelsea this season that ended in a 4-0 victory for Manchester United. Thirdly Lampard needs to work on his right and left backs because they are the core wingers of the game. Manchester United have strong midfielders but lack strong wingers.Lampard needs to train his wingers in the act of being fast and agile. Finally Rudiger needs to be cautioned as he has been displaying poor defensive skill quite recently Pairing him with Zouma ain't a bad idea at all but both centre-backs be careful not to pull anyone down in the 18-yard box as Manchester United of recent ago that committing the defenders especially in the 18-yard box. If Chelsea is to secure a win against Manchester United then having a resilient defence is of paramount importance to Chelsea because the likes of Martial , Rashford ,Greenwood and Bruno Fernandes are serious threats to any defence they come against.