By Eternal (self meida writer) | 1 months

Chelsea face Fc Porto in their second leg tie of the quarter final round of the UEFA champions league. Chelsea were dominant in the first leg of the competition coming out with a 2-0 win of the Portuguese side.

Chelsea would be looking to avoid what happened to Juventus. Porto knocked Juventus out of the champions league after a losing the first leg. 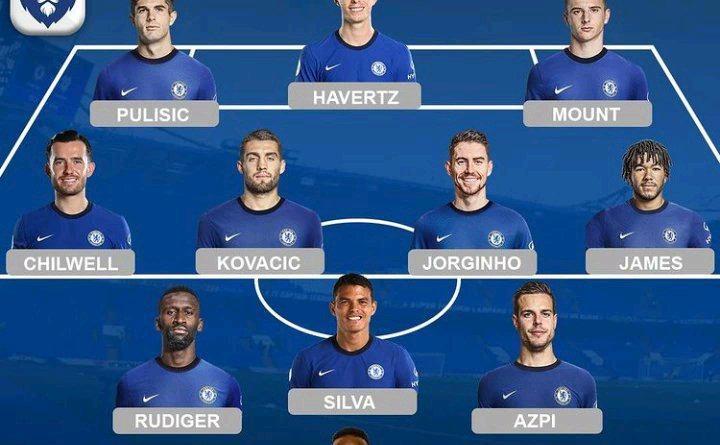 The picture above is a 3-4-3 formation which is the Thomas Tuchel preferred formation. In goal we have Eduardo Mendy. The Senegalese international is currently leading the charge for the Golden glove award.

In defense we have a back three of Rudiger, Thiago Silva and Cersa Azplicueta. Ben Chilwell is seen in the left wing back position. Porto will be keeping an eye on him after his performance in their first leg which he recovered a goal. At right wingback we have Reece James.

In midfield we have a central midfield pair of Matteo Kovacic and Jorginho. These two has been Thomas Tuchel first choice midfield pair since he took over at the Stanford bridge and they have never failed to reward his trust in them.

In attack we have Kia Havertz playing in the false nine position which he played in and did very well against Crystal Palace. On the right wing we have Mason Mount while on the left wing is Christian Pulisic.

Barcelona Star Ruled Out The Season

Chelsea's Future Is In Safe Hands With These Players