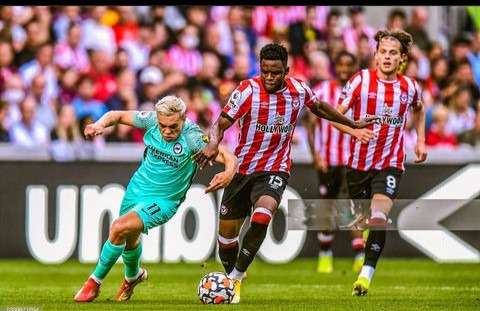 Super Eagles of Nigeria midfield maestro, Frank Onyeka was in action today for Brentford in their 5th league game of the season against Wolverhampton wanderer at the Molineux Stadium.

The Nigerian star started the game from the bench due to tactical reason but was introduced in the early minutes of the second half for Sergi Canos and he was able to impress. 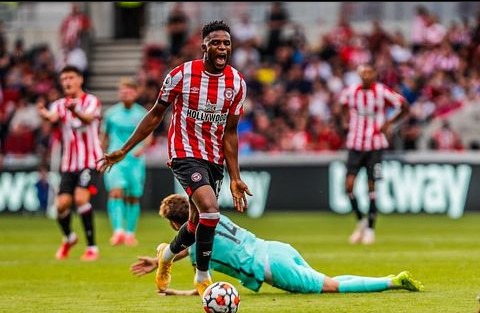 Frank Onyeka who joined the newly promoted club in the last summer transfer window from FC Midtjylland has been incredible so far for the Bees since making his debut for the club.

He was at the heart of the midfield when brought on into the game which was instrumental in the two goals to nil scoreline at full time by keeping a crucial clean sheet.

The visitor opened the scoring sheet in the 28th minutes of the game with a goal from Ivan Toney to make it one nil after putting the ball away from the spot, before he set up a brilliant assist for Bryan Mbeumo who doubled the lead in the 34th minutes to make it two goals to nil going into the half time break. 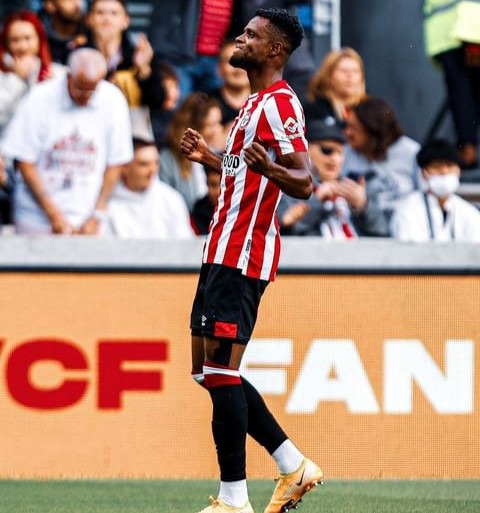 The tempo of the game got more tensed up in the second half as they both put up some physical, tactical and technical displays but none was able to found the back of the net with all attempts to add more to the tally proving abortive as it ended two goals to nil at full time.

The win of the day for Brentford has now taken them to the 9th spot on the table with 8 points in 5 games and as such be hoping to keep the winning streaks going in their next fixture, so as to continue their pursuit in the competition. 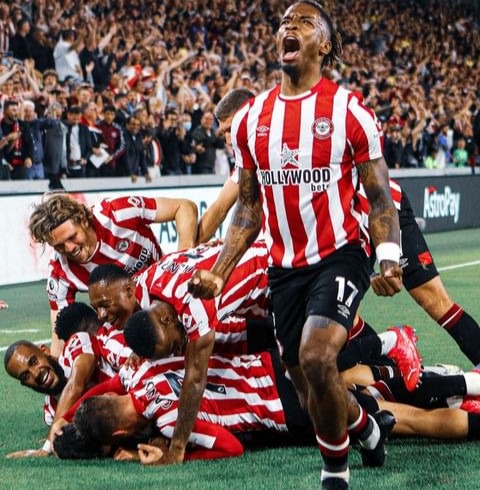