Bobby Lashley Reveals His Thoughts On The Fiend

his thoughts on The Fiend in his latest appearance on the A Kinda Fun Sports Podcast.

The Fiend hasn't been seen on WWE TV ever since he was burned alive by Randy Orton at TLC 2020. While speaking about fellow Superstars, WWE Champion Bobby Lashley had nothing but praise for The Fiend and dubbed him as being incredibly dangerous 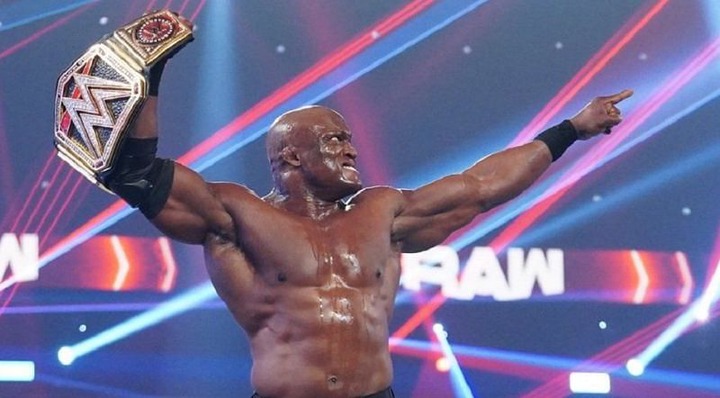 "The Fiend is always the most dangerous person, 'cause nobody really has stopped The Fiend," said Bobby Lashley.

Bobby Lashley is currently at the top of the company's food chain, as he holds the WWE title. He defeated The Miz to win the belt on RAW a few weeks ago and is currently enjoying his best run in WWE. Lashley's next goal would be to successfully defend the belt at WrestleMania 37.

The Fiend was last seen at WWE TLC 2020 and the former Universal Champion has been absent from programming. Alexa Bliss has been teasing his return since then and is playing with Orton's mind in the process.

If The Fiend returns gets his revenge on Orton, there's a chance that he would eye the WWE title next.

If Bobby Lashley is still champion at the time, fans could get to see a dream bout between these two men. Both Superstars are unique performers in their own way, and a WWE title match pitting the duo on a major PPV would be intriguing.