After Arsenal won Liverpool 2-1, This is how the English Premier League Table Looks

I will be bringing you guys the English Premier League (EPL) table for today, after some matches have been played, including Arsenal Vs Liverpool. 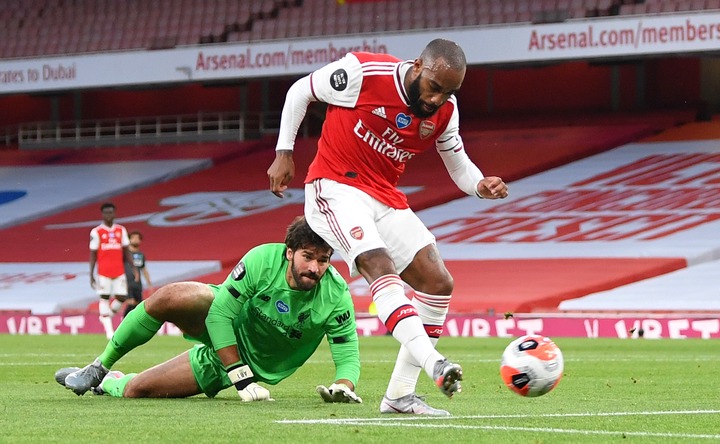 Hope you all enjoyed the EPL matches today? To some that didn't watch the matches, don't worry because I will give few details of all the matches that were played, and also provide you with the new EPL table for today.

Burnley dented Wolves hopes of securing a Champions league spot for next season, after they played a 1-1 draw.

Goalscorers: Raul Jimenez scored Wolves in the 76th minute; Chris Wood scored from the Penalty spot for Burnley in the 90th minute.

Manchester City won their home match against Bournemouth with a 2-1 scoreline.

Tottenham went away from home to beat Newcastle, to further boost their hopes of securing a top 6 finish in the EPL table.

Arsenal won their home match against Liverpool, as they keep on hoping to secure an Europa league spot for next season.

After Arsenal won Liverpool 2-1 today, this is now how the current EPL TABLE Look. 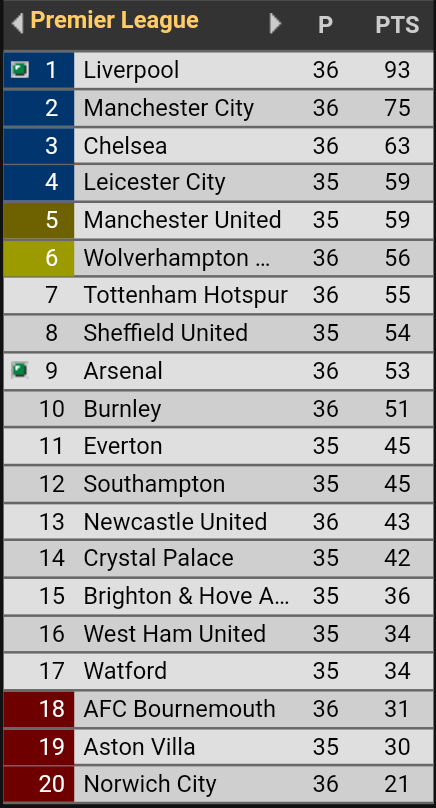 Arsenal are still 9th on the English Premier League Table, but with 53 points.

With 2 matches to go until this season of the English Premier League comes to an end, do you think Arsenal can still get into the top 6, so as to get an Europa league spot next season?