By Sweetized (self meida writer) | 1 months 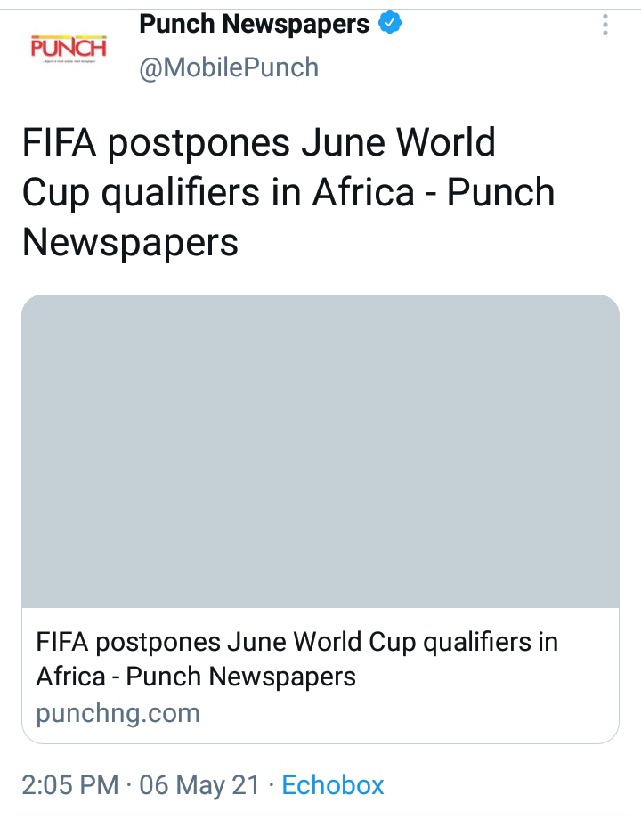 FIFA on Thursday announced the postponement of June 2022 World Cup Qualifiers scheduled for Africa during June have been postponed until September due to stadiums not meeting International standards and coronavirus.

After the announcement which was made by FIFA Board, matches that will be played in September, October, and November will be double with the 10 group winners advancing to the final round next March. All participants should start now to prepare themselves very well for the event that will begin in September 2022.

Yoruba Group Protests Against Those Agitating For Secession in Ekiti 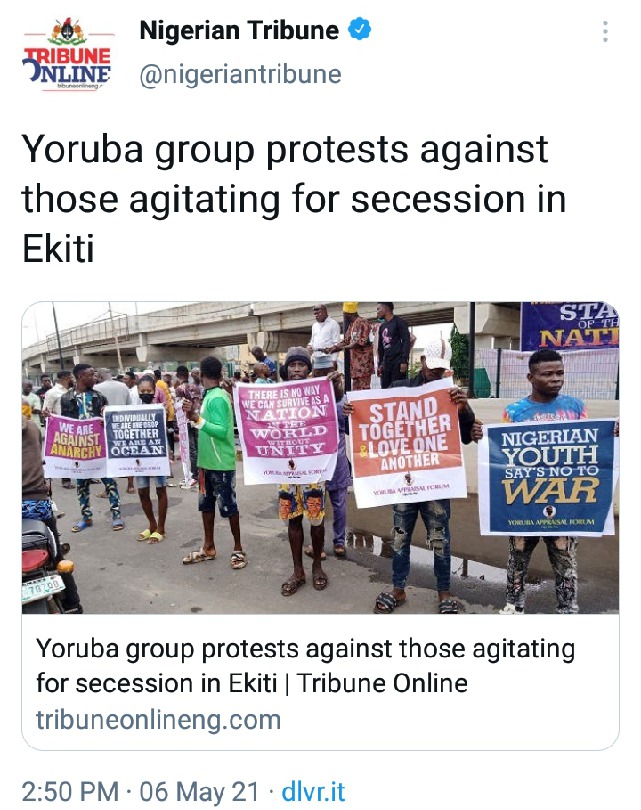 Yoruba Appraisal Forum (YAF) on Thursday are protesting against calls by individuals demanding for their nation should desist from such patriotic and reasonable ideas. Speaking during the protest in Ado-Ekiti on Thursday, the group National Coordinator which name is Adeshina Amimashaun said that, the way killings and fighting are happening in Nigeria if time is not taking, Nigeria will be like Somalia.

Adesina said that he doesn't want to be alive to see war happening in Nigeria because we knew what we lost in the Yoruba land during 2020 #EndSarsProtest#. He also urges YAF members not to allow any group or individual to turn the Southwest into a place of war.

Adesina advised those Yoruba groups or individuals who are demanding for their nation to desist from such evil acts. Adesina ends his words by calling the federal government, police, and men of the Nigerian Army and other security agencies should take urgent steps to stop the Yoruba independence agitators and freedom fighters before they set the entire country ablaze. 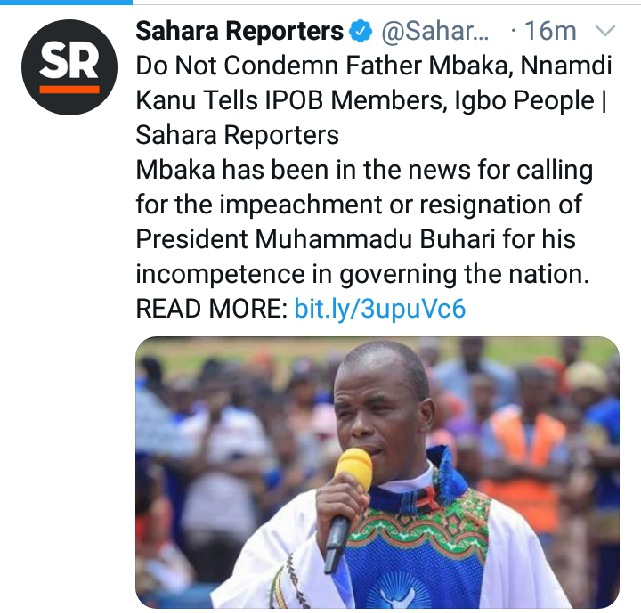 Nnamdi Kanu who is representing the indigenous people of Biafra has told IPOB members not to condemn Rev, Father Ejike Mbaka rather see the hidden truths of his words.

Nnamdi Kanu said, " let me tell our people something they don't understand, the condemnation of Father Mbaka you may welcome it somehow, I know sometimes regardless of our shortcomings, we are brutal in the way we think. Biafra is very brutal, very pure, we see what is bad and say is bad. It doesn't matter who is doing it, that is why a lot of people came down heavily on Father Mbaka but am telling you this, yes in Biafra we can do anything we like to him But In Nigeria, we should not condemn our own.

"Mbaka said impeach President Buhari, instead of people focusing on what Mbaka said, to see if there is merit in it or not, you abandoned what he said and started to attack him. Typical black nation, they always abandon the message", Kanu said. 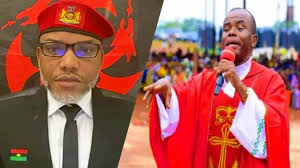 In the statement of Nnamdi Kanu above, Nnamdi Kanu was telling the IPOB people to stop criticizing Father Mbaka, the should try to listen to his words carefully to know if his words had meaning or not before coming to conclusions. 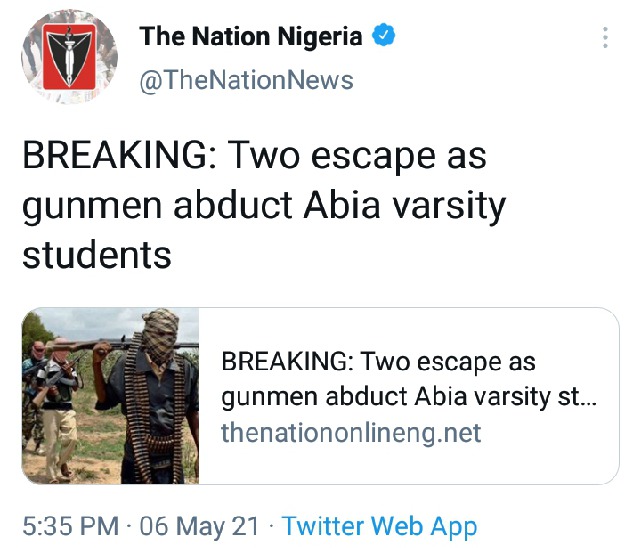 According to reports reaching my hands this evening, Gunmen abduct Abia State students from a minibus heading to Utoru from Okigwe in Imo State. It was reported that two students were able to escape from gunmen during the attack.

The incident occurred in the late hour of Wednesday, (5/5/2021). As of now, we don't know how many students were abducted by unknown gunmen. The incident was reported by the commissioner of information which name is John Okiyi Kalu.