Why Manchester United Are Too Big A Club To Sell

By TheWaleAgbede (self meida writer) | 1 months

The proposed takeover of Newcastle United by Saudi Arabia’s Public Investment Fund will, if it goes ahead, arm the club with the most affluent owners in world football. Along with Sheikh Mansour’s purchase of Manchester City and Sheikh Tamim bin Hamad Al-Thani’s ownership of Paris Saint Germain, Newcastle will also join an elite group of football clubs effectively controlled by sovereign states from the Gulf. But that wasn’t always the plan.

For years, rumours of Saudi Arabia’s interest in English football revolved around another club: Manchester United. And, in 2019, those rumours intensified, with reports of a £4 billion takeover bid being prepared. In November, a LinkedIn post caused a stir, when an account purporting to belong to a Saudi “Director of Government Affairs” published a statement explaining that the takeover had been finalised and to await an official announcement from the club. An announcement which, of course, never came. 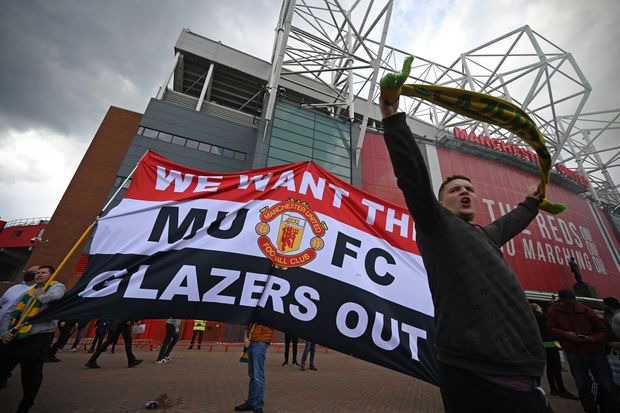 Superficially, they were not an obvious choice. Newcastle lacks a large international airport, it’s a long way from London, the city most commonly associated with overseas investment in the UK, and whilst the club is renowned for its loyal support, they haven’t won a major trophy since 1969. Manchester United, by contrast, are a market leader. They are one of the biggest sporting brands in the world and have a decadent history of sporting success. But there are other, more subtle reasons why Newcastle United were a more attractive proposition.

Manchester United have expectant support, creating both an immediate appetite for silverware and a pressurised environment. More importantly, they are not openly for sale. Whereas Mike Ashley made it abundantly clear he wished to be rid of Newcastle United, with the club’s fans more than reciprocating that sentiment, Manchester United have never courted buyers in nearly the same way.

The Glazers, on the other hand, would only be interested in relinquishing a minority position, which is an offer that doesn’t tally with Saudi Arabia’s objectives. They weren’t going to pay up to £1 billion to have no control over the football club and, at best, to possess very limited voting power. While Saudi Arabia’s sovereign wealth fund may be worth $260 billion, its mission statement is still to make sensible economic investments to diversify their country’s economy. And if the Newcastle project is handled correctly, there’s no reason why the Saudis couldn’t match what their Gulf neighbours have managed at Manchester City and PSG, where those assets have tripled in value.

City’s owners have already shown that you don’t have to buy a market leader to achieve success, while their investment in the local area has cemented their bond with City fans and earned them positive headlines. Emirati brands, such as Etihad and Abu Dhabi itself, have also benefited from the link with the beautiful football Pep Guardiola’s team play. 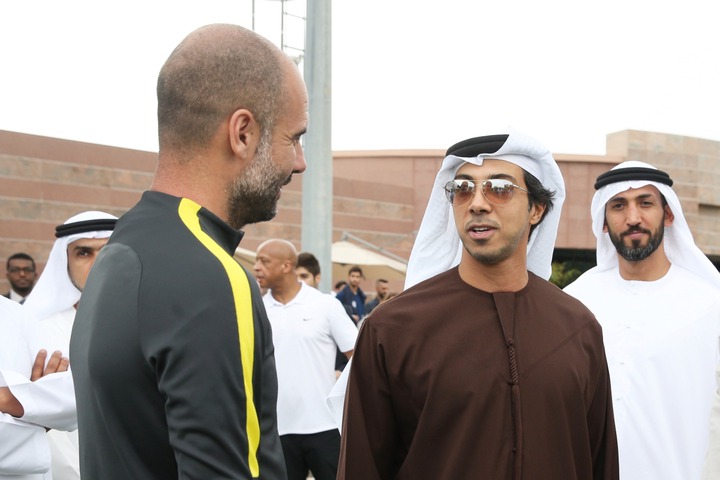 It would have been very different, though, if City were still second-class citizens in Manchester. Failure at Old Trafford would reflect badly on a country with Saudi’s ambitions, whereas Newcastle offer a much more forgiving crowd. With Manchester United already believed to be worth an estimated £4 billion, it is also hard to see how much upside there is for a new owner, particularly as the Glazers have so aggressively exploited sponsorship opportunities over the last 15 years. There are only so many more mattress and noodle partners that even they can accommodate.

The question becomes, then: are Manchester United actually too big to sell?

As a guide, it’s thought that £3 billion would be rejected by the Glazers, £5 billion would be enough, but that £4 billion would start a conversation. But the cost of this deal isn’t just in the valuation. To increase the value of the asset, money would need to be spent. Manchester United have committed close to £1 billion on transfer acquisitions since Sir Alex Ferguson left in 2013 and not only would the fans’ expectation be for that rate of spending to continue, it would have to out of necessity.

The team is arguably further from winning the Premier League than it was five years ago. Anyone buying the club would also have to invest in the stadium. Old Trafford’s 76,000 capacity makes it the biggest club stadium in the country, but it looks increasingly old fashioned compared with the country’s best and is showing signs of wear and tear. With the Glazers already making enough money from the club’s commercial operations, improving the stadium, or even completely rebuilding it, just isn’t a priority. Further to this, the value in expanding or renovating Old Trafford is questionable.

The primacy of corporate seating is not what it is in London, where – for instance – Arsenal are able to draw a third of the matchday income from just 8,000 premium seats, and the clubs, in general, are able to charge all fans more per ticket. Conservatively, then, the cost of not just buying Manchester United, but being able to develop and evolve the club in a meaningful way is actually closer to £5bn or £6bn over a lengthy tenure.

And who has this kind of money? The cost already rules out Britain’s wealthiest man, Jim Ratcliffe. A consortium of wealthy investors, like Liverpool’s FSG, might be feasible. But FFP restrictions and diplomatic tensions make a Russian oligarch unlikely and the Saudi purchase of Newcastle has likely brought an end to the era of the sovereign wealth fund. Chinese investment is a possibility but, with the exception of Fosun International’s ownership of Wolverhampton Wanderers, owners from the Far East have had very mixed success in Europe and, typically, targeted a different profile of club.

Large tech companies with huge cash reserves could afford it, but Amazon, Facebook, Google and similar entities are more likely to bid for Premier League broadcasting rights packages. In Amazon’s case, that step has already been taken, creating a conflict of interest that effectively prohibits the future acquisition of a club. Which is to say nothing of the fact that purchases of such scale are – ultimately - very rare. In fact, the Glazers £800m hostile takeover of Manchester United remains a record for a football club, even fifteen years later. To date, no one has yet actually paid over £1 billion for a team.

For the time being, that probably suits the Glazers. Digital streaming remains a nascent concept for the Premier League sides, with Amazon’s involvement likely to hasten the league towards a future OTT model. As and when that occurs, a spike in broadcasting income will follow, ending the current plateau, and the value of the league’s clubs will again increase.

Until the next football market boom at least, the Glazers are likely to remain in place. Mostly because Manchester United are too big to sell