By AnnSports (self media writer) | 3 months ago 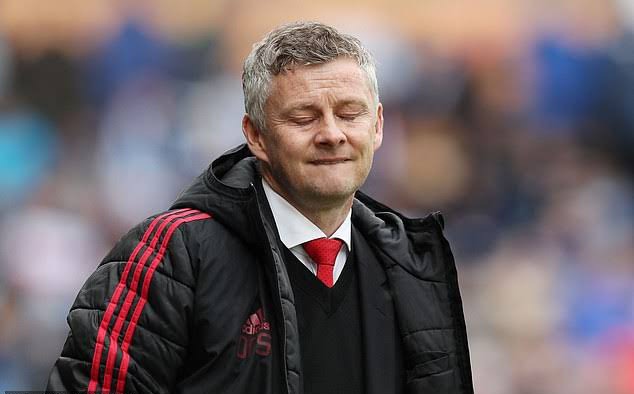 Every Manchester United fan at the moment would be sad after their humiliation in the hands of Liverpool at Old Trafford yesterday. The Red Devils were thrashed by Jürgen Klopp's men who put 5 goals past them at home. To make it worse for United fans, 4 of those goals were scored in the first half so United fans have not even settled in before it was clear to them that the show was already over. To United fans and even rival fans, yesterday's game was supposed to be a competitive one with Liverpool but United just made it very easy for them. Individual errors, poor tactics and poor communication all contributed to Manchester United's disastrous performance. Now, a few hours after the game, I am asking myself if there was any way United could've stopped Liverpool from scoring too many goals yesterday and it turned out there is. 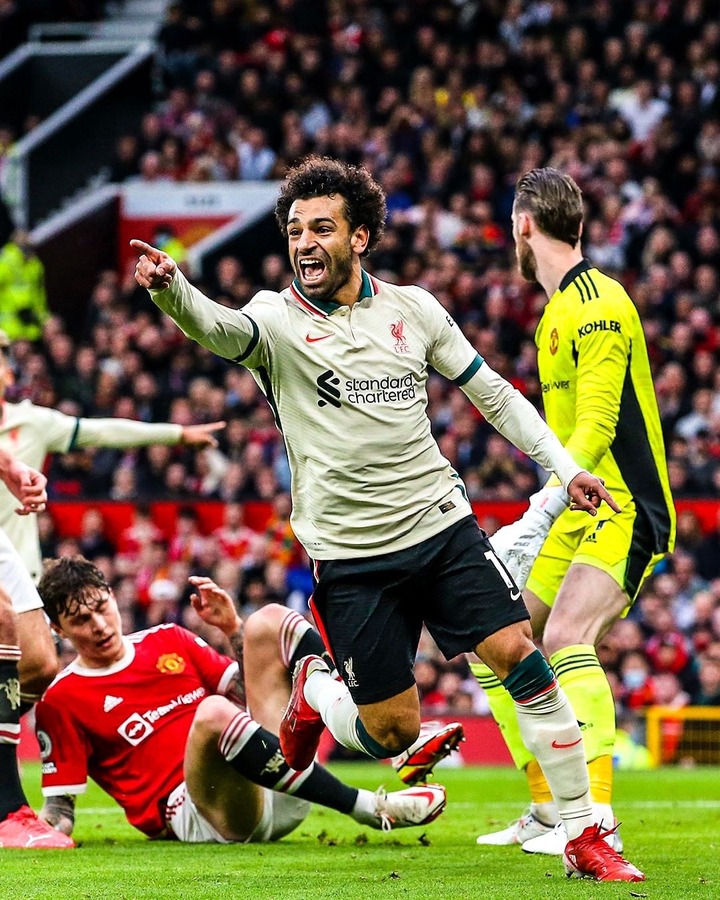 For any team going up against Liverpool, the chances of conceding are very high but what they can do is limit the goalscoring chances Liverpool are going to create in the game. For United and Ole Gunnar Solkjaer yesterday, he could've used these 3 tactics Chelsea's Thomas Tuchel uses each time he comes up against big teams in the league. Tuchel's defensive tactics are one of the best you can see from any manager right now and teams are beginning to shadow his tactics each time they play against him. Also, using them against teams like Liverpool and City work perfectly fine, though it cannot stop you from conceding at least one goal. The first among these tactics is sitting back and pushing your fullbacks as deep as possible. Sounds obsolete, right? But it's not. Liverpool and City have their wingers up high and wide, looking to exploit the spaces left behind by the opposing team's fullbacks. Yesterday, Shaw was left in no man's land a couple of times as Salah made runs in behind him. It was poor to see and with yards of spaces behind Shaw, he doesn't stand a chance against Salah when it comes to pace. But why make it possible for Salah to run into spaces when you can just block them off by sitting deep. Salah would only be able to run to the byline and maybe win a corner like he was doing against Chelsea; no direct threat to goal and no spaces to exploit.

Secondly, is using the pace of his attackers to counterattack Liverpool. 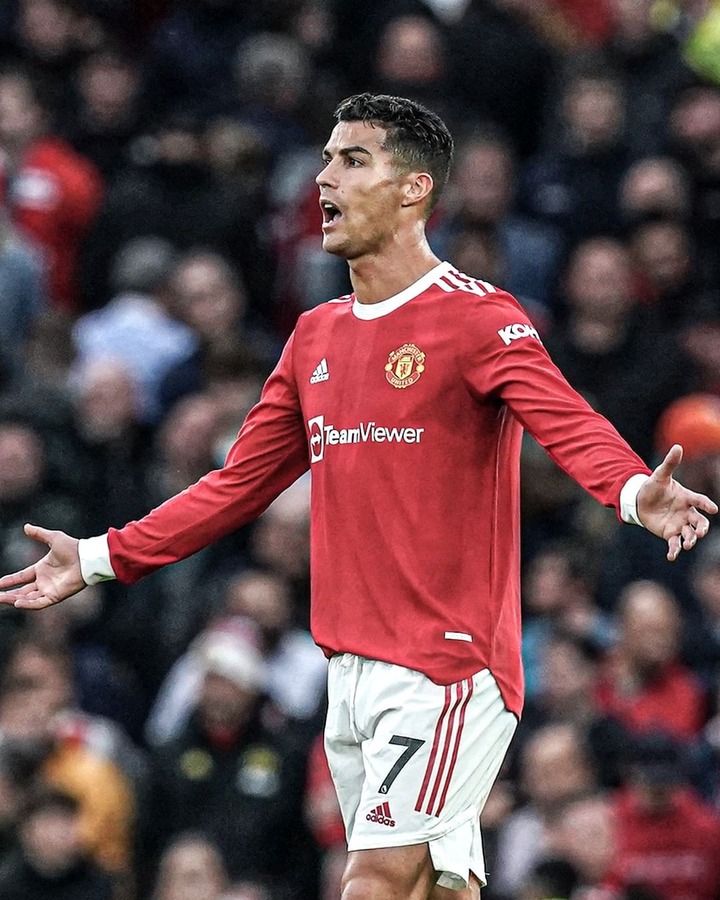 Honestly, before the game, I thought that was going to be Ole Gunnar Solkjaer's move. Asking his players to sit very deep and use Rashford, Ronaldo and Greenwood's pace to devastating effect. To make things easier, you have Bruno Fernandes in there who can ping those longs balls to Rashford or Greenwood. 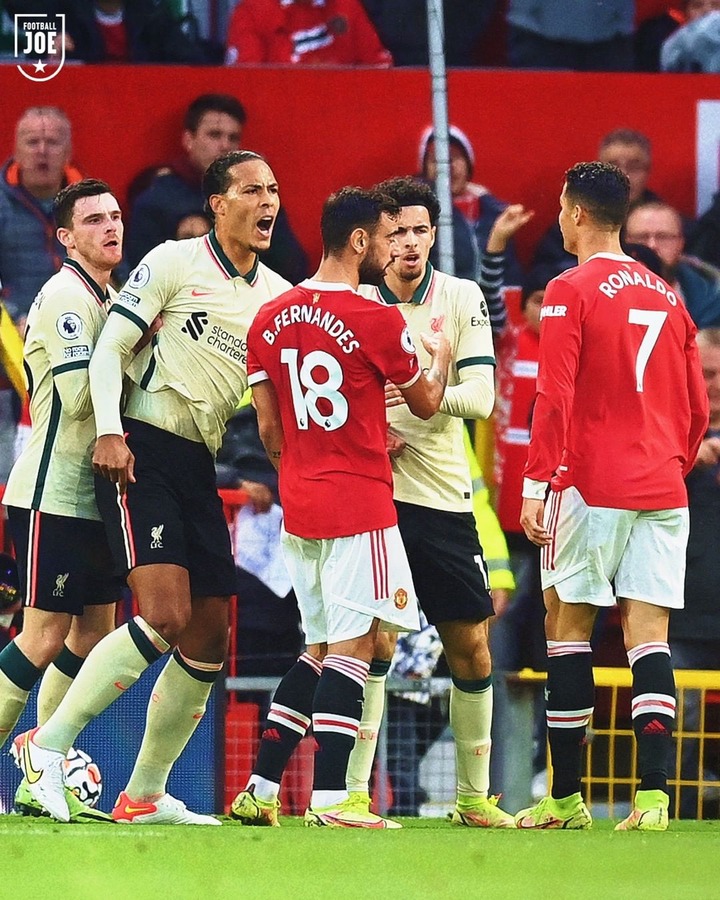 Tuchel's Chelsea use longs, low passes against big teams and it works each time they do this. Also, even if you lose the ball after a long pass, you only have about 3 players up front, with 7 inside your half so if Salah wants to run through when Liverpool get the ball, there are more than enough players to stop him in his tracks.

The third tactic is sitting deep whatever the scoreline. Liverpool scores 1 goal, don't go on full attack, they score 2, continue defending; that's Tuchel's strategy in situations like this. And guess what, it's helped Chelsea avoid getting disorganized each time they are under pressure. Take yesterday's game for example, when Liverpool scored their first goal, United came out and tried to get an immediate equaliser and that was when things went south for them. Salah was free, Diogo Jota was free and Firmino was free. While in desperation to score an equaliser, United were hit with numerous counter-attacks and they did not have enough men to stop these attacks. But for example, take a look at Tuchel's tactics against City.

Last season, Man City scored the first goal in their League game against Chelsea and the Blues still sat back and defended. They know that one thing's for sure; City defenders would push up and spaces for counterattacks would open up when they lose the ball, simple and short. In that game, Chelsea came back from 1-0 to launch a second-half comeback against Pep Guardiola. Just like styles make fights, tactics make football games. You don't go toe to toe with Liverpool unless you are Bayern Munich, PSG or Man City. They would open you up and eat you out. Just like Atletico Madrid did in midweek, slowly plan your attacks Vs Liverpool and surely, they would make mistakes that you can take advantage of. 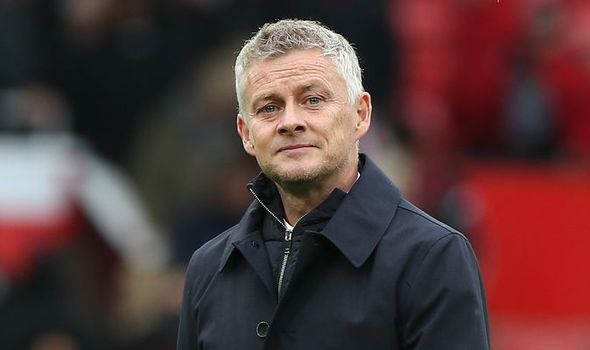 Ole Gunnar Solkjaer has a lot to learn to be fair, he tried to play attacking football against Liverpool and ended up being embarrassed. Against Klopp and Guardiola, accept that you are the underdog and defend. There's no defence in world football that doesn't make mistakes. If you watch Chelsea's games Vs Liverpool and City, they were dominated quite alright but if they were clinical, they would've won at least one of those games. Go and watch the highlight of those games again, Chelsea even though they were sitting deep, were taking advantage of Liverpool and City's defensive mistakes. Solkjaer could've used that to his advantage but he did not. That's a lesson for him and next time he faces off against Klopp, he must know that defending is the no 1 priority, not attacking. 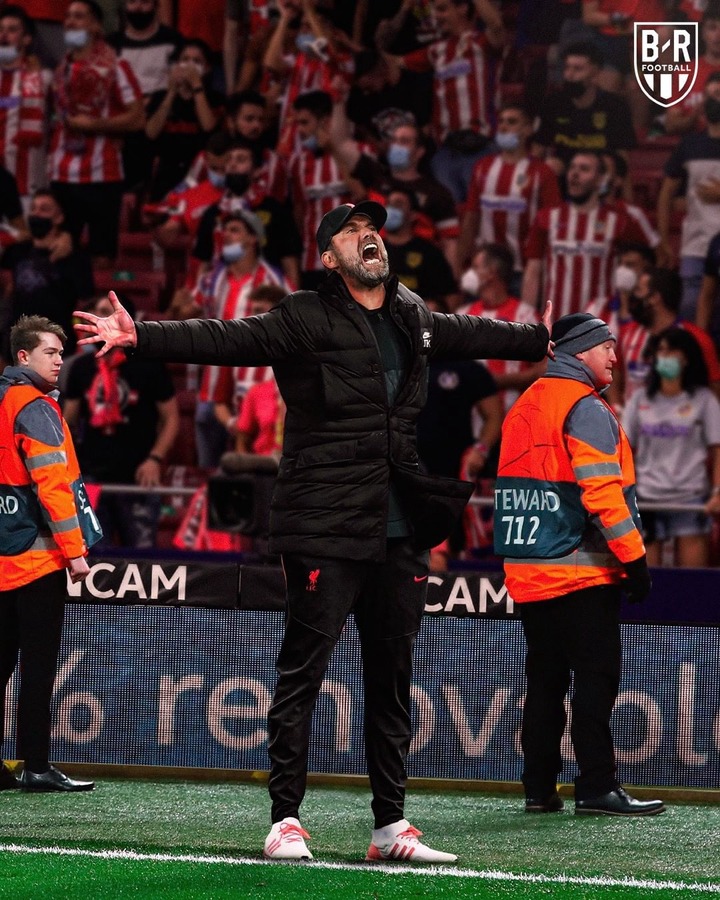