By Waskco (self media writer) | 1 year ago

Real Madrid will be aiming to return to the winning ways in the UEFA Champions League later today when they confront Shakhtar Donetsk at Stadion NSK Olimpiyskiy in Ukraine for their third group stage game.

Real Madrid currently occupies the second spot in Group D standings after picking up just three points from their last two outings in this year's UEFA Champions League. Los Blancos defeated Inter Milan 1-0 in the first game of the competition, before the shocking 2-1 defeat from FC Sheriff.

Carlo Ancelotti's men will however be going on a revenge mission later today against Shakhtar Donetsk who defeated the Spanish Laliga giants twice last season in the same stage of the competition.

Belgium forward Eden Hazard remains doubtful for the encounter after picking up an injury during the international break.

Gareth Bale will not be available for the game also as he continues his recovery session from injury.

The trio of Dani Carvajal, Ferland Mendy, and Isco have all been ruled out of Tuesday's contest due to their respective injury problems. 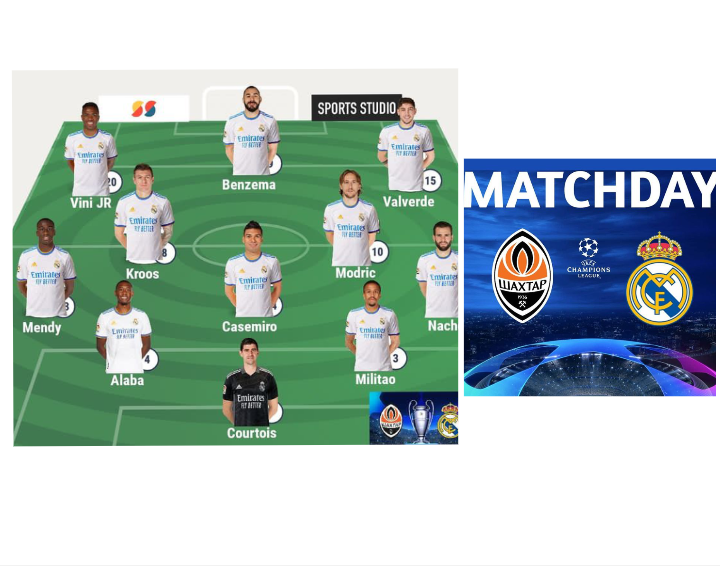