By EmmascoConcepts (self media writer) | 7 months ago

This transfer window, a lot of signings have been made. A Nigerian player has also joined the train of players going on transfer to other clubs. His name is Dennis Emmanuel, and he left Belgian Champions, Club Brugge to join Watford in the EPL. 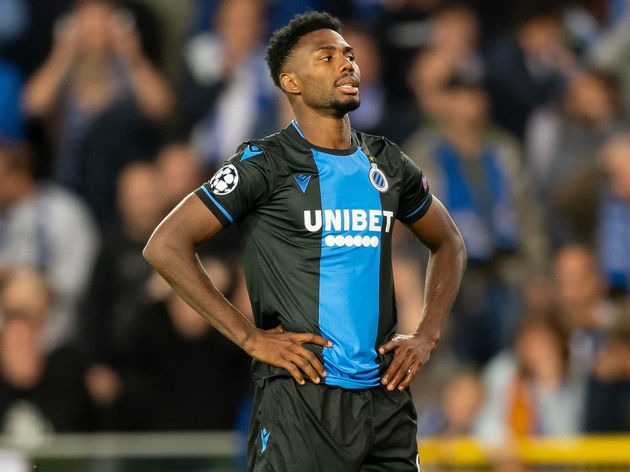 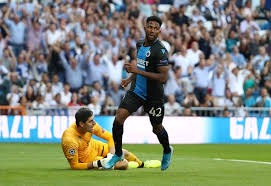 Also, you could remember that he did the 'Si' celebration when he scored the second goal, the same celebration that Cristiano Ronaldo uses. 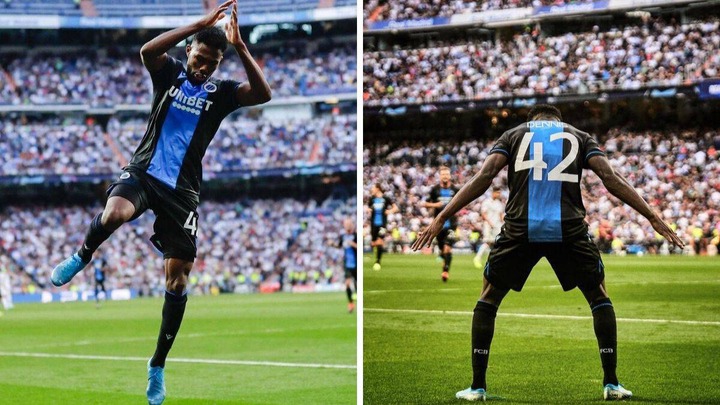 Dennis Emmanuel spent part of last season on loan with Bundesliga club FC Cologne. It is alledged that he had a problem with Club Brugge and that became the reason why they sent him out on loan. At Cologne, he didn't score any goals for them and that became a major worry for the coach. 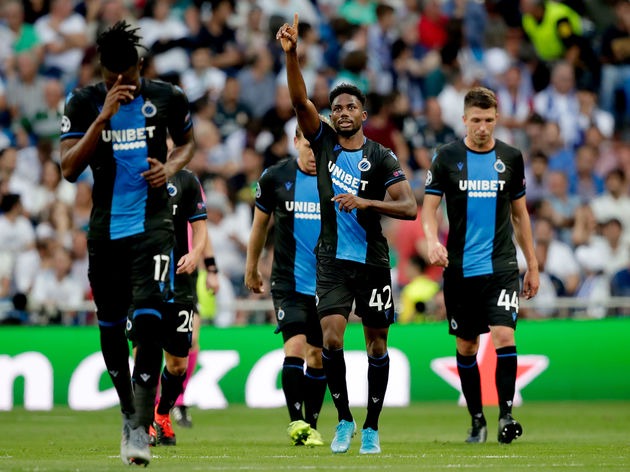 His loan move to Cologne recently ended, and as of yesterday, it was confirmed that he will be heading to Watford, who are newly promoted into the EPL. 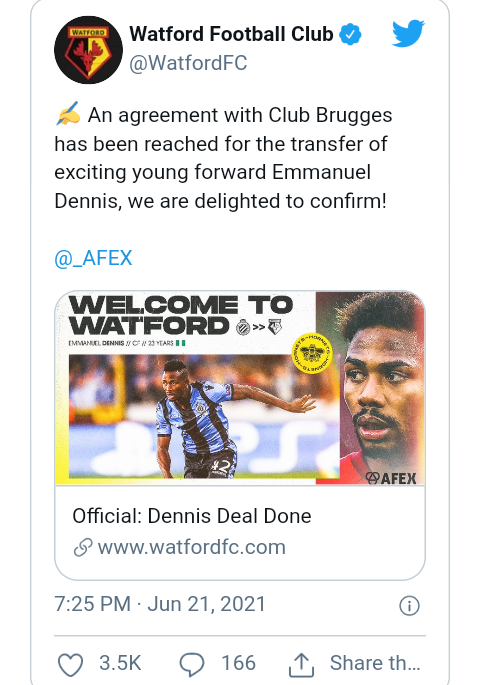 At Watford, he will be playing with four other Nigerians in the team, who are William Troost-Ekong, Isaac Success, Tom Dele-Bashiru and Joseph Hungbo.

I hope he shines once more at Watford.