Opinion:This is how Bayern have systematically replaced their Legends with these players (Pictures)

By Ihechidere1 (self media writer) | 1 year ago

In football, we have witnessed great and iconic players who were/was so good that when they left or retired from these clubs it becomes a very big issue to replace them due to their excellent service to this teams, 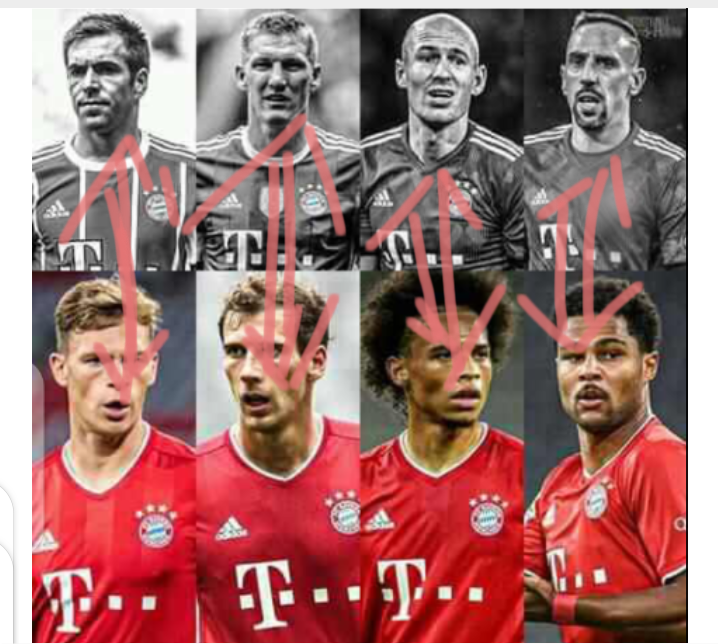 In Bayern Munich, there has been a very nice player who put the team in the elite club across Europe, but sooner than later when these players left or retired, Bayern has soon found themselves back to their good old days.

A recruitment revolution in the team brought in some fine players who were average or below average before but are now on top of the world football.

A take on how Bayern have replaced their Legends : When you talk about Left_back in the modern football era spanning from the early 2000s then you will surely know who Philip Lahm is.

Philip Lahm is a German retired professional footballer who played as a right-back or defensive midfielder and spent most of his playing career as a Left_back. He was the captain of Bayern Munich, having led them to numerous honors including the 2013 UEFA Champions League as part of the treble.

During his spell at Bayern, he played a total of 517 scorings 16 goals with a whopping 45 assists. He retired in 2017 and pave the way for Joshua Kimmich.

Joshua Kimmich who is also a German footballer who plays as a right_back for Bayern. He is known for his assists. A well-decorated player who helped Bayern Win the 2019/2020 UEFA Champions League at Lisbon after finding Kingsley Coman to score the only goal of the game. He has already had 2 assists this season in a single match against Shackle 04. He also has 23 goals and 32 assists in his 253 appearances for Bayern since he joined from Bayer Leverkusen around the 2013/2014 season. 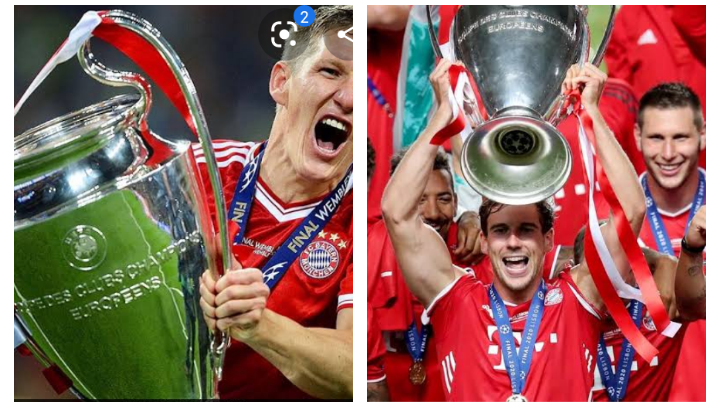 Bastian Schweinsteiger is a German professional footballer who played as central midfield, having been played as a wide midfielder for Bayern Munich. He is part of the Bayern squad that won the UCL 2012/2013 tournament. He is a highly rated midfielder who is decorated with so many trophies. He is among the squad that won the Treble in 2013, after his successful spell at the German giant, he moved to England and joined Manchester United. During this time, he scored 68 goals from 500 appearances while providing further 38 assists. His successor is Leon Goretzka.

Leon is also a German professional footballer who plays as a midfielder for Bayern Munich and the German national team.

He joined the team in 2018 and has been outstanding in these years, helping Bayern to the UCL glory in 2020, so far so good, he has scored 18 goals and 13 assists, having scored in their riot over the shackle 04 last week. 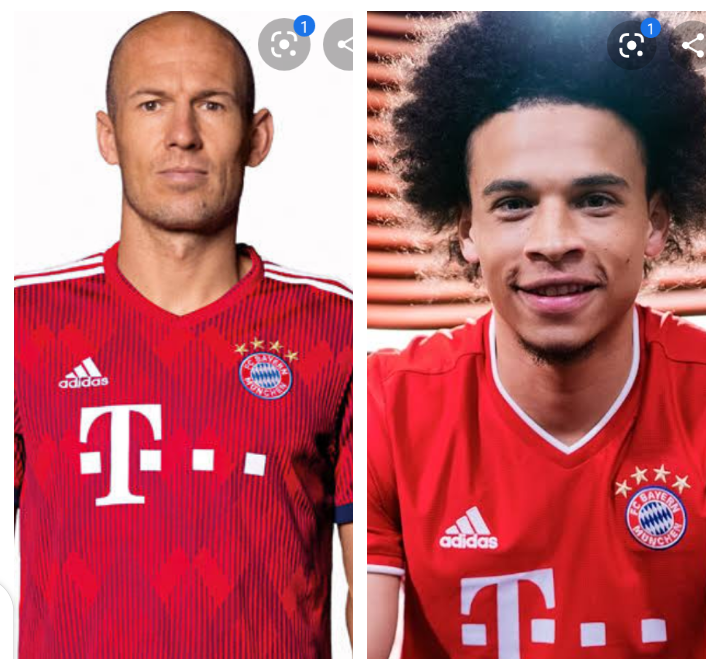 Arjen Robben is one of the greatest footballers to have graced the football. He is a top Right_winger who has played in the top club including Chelsea, during his spell at Bayern, he established himself as a top-notch winger who is confident with the ball, known for his dribbling ability and physicality. He scored a total of 144 goals and provided further 30+ assists across his career in Bayern winning so many trophies. He left Bayern in 2019 to play in Eredivisie side Groningen, his boyhood club.

After he left, They quickly replaced him with Manchester City winger, Leroy Sane. Sane is a fast winger who is always a threat to the opposition defense. After a long term injury spell in Manchester City, he agreed to join Bayern and he has made his club debut in the terrorizing and emphatic win over Shackle 04. They won 8_0. A game that Sane proved that he is a perfect replacement for Club legend, Arjen Robben. He scored 1 goal in the game. 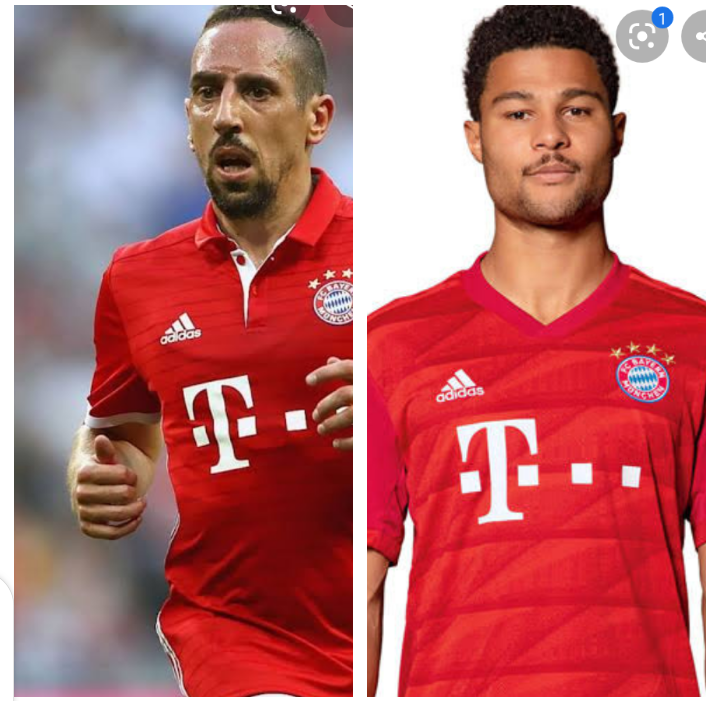 You can not talk about Bayern legend or a great player without mentioning Frank Ribery.

He is a French professional footballer who played for Bayern Munich as a Left_winger and is currently playing in the Italian Serie A club Fiorentina, He is indeed a great footballer who is remembered in Bayern Munich, Notably for the club's success in the 2013 Champions League final. Across all competition for Bayern, he scored a whopping of 124 goals in 425 appearances. He left for his Boyhood club In Italy, Fiorentina in 2019.

Before he left, Bayern already has a prospect replacement in Arsenal's young talent, Serge Gnabry in 2018. Gnabry is a name that any defender will tremble right now at the mention of his name. Gnabry had a slow start to his career at Bayern. He had a breakthrough in the 2019/2020 season scoring 23 goals. He is known for his hat trick record as he has picked up from where he stopped last season, starting the season with a hat trick. In total, he has scored 39 goals in 89 appearances the club. If he continues this way, he ithe s likely to surpass Ribery forward of 124 goals for Bayern.

What do you have to say about this disciplinary team called Bayern Munich?