By johnsongabriel (self media writer) | 2 years ago 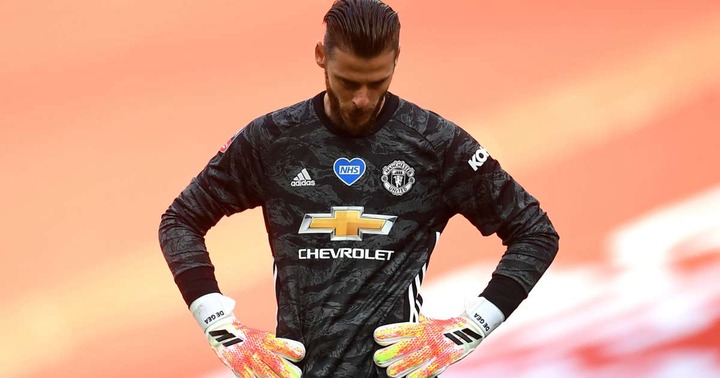 Chelsea will play Arsenal for the FA Cup Final after defeating Manchester United at Wembley with David De Gea enduring another disappointing outing.

David De Gea will be quick to forget today's match because his performance was very poor, letting Olivier Giroud's beat him so easily for the first goal before half time. Some people might argue that he saw the shot very late but many people would have bet on an in-form Dea Gea to keep it out.

There would be no defending Dea Gea for the second goal, allowing Mason Mount's shot go underneath him for Chelsea's second goal is poor from the Manchester United shot stopper.

David De Gea a summer buy from Atletico Madrid in 2011 has been a loyal servant to Manchester United helping the team to win an FA Cup, a League Cup, three Community Shields and a UEFA Europa League. He has won Sir Matt Busby Player of the Year a record four(4) times and has been included in the PFA team of the Year five(5) times.

Dea Gea place in the first team has never been so insecure with Dea Gea form taking a nosedive since last season and Dean Henderson, an academy graduate impressing on a 2 years loan at Sheffield United.

﻿Manchester United fans, it's time to have a say.

Content created and supplied by: johnsongabriel (via Opera News )