Report: £45m-rated 18-goal ace compared to Aubameyang would like a move to Arsenal or Man Utd 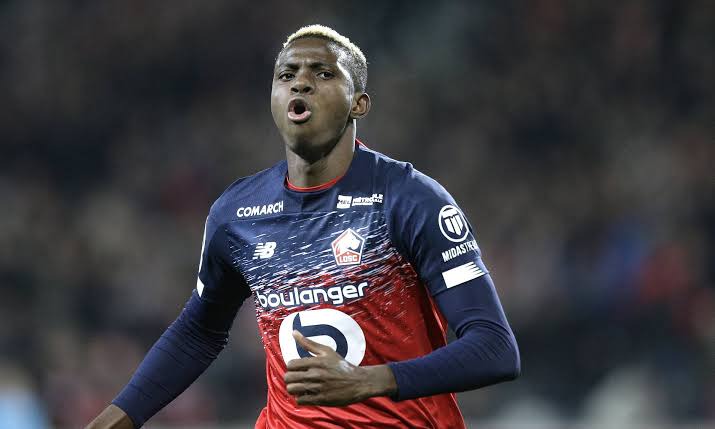 Even though it looks like Alexandre Lacaztte and Pierre-Emerick Aubameyang could stay at Arsenal judging by some of Mikel Arteta’s recent comments, the Gunners are still being linked with strikers and a fresh report suggests that Victor Osimhen would be keen to play for the club.

It looked like the Ligue 1 striker was on his way to Napoli but reports from Football Italia are suggesting that the forward has rejected a move to the Serie A side as he is keen to play in the Premier League. He would like a move to either Arsenal or Manchester United instead, as per Football Italia.

The move to Napoli was going to cost around £45m and Osimhen felt pressured into the move to the Serie A, as his agent worked out all the details before asking for his opinion, as per Football Italia.

Lille manager Christophe Galtier has compared to the striker to Arsenal’s captain Aubameyang, as he said in the past, via Goal: “If I have to compare Victor Osimhen with Nicolas Pepe and Pierre Emerick Aubameyang whom I directed, I would say that Nicolas has an innate, intrinsic technical quality. It’s a gift.

“Aubameyang is a little bit like Victor. Aubameyang has worked a lot to reach a very very high level. He had the intelligence to go through an intermediate club with Dortmund and it was there that he integrated what was the very highest level.”

This season, the Nigerian has played 38 games for Lille in all competitions and scored 18 goals whilst picking up six assists, via Transfermarkt. He clearly doesn’t lack confidence to try and find the net as he has averaged 3.2 shots per game, which is more than any player at Arsenal this season.

These are some very good attacking statistics for someone who is just 21 and it shows that he has enormous potential.

Even though Arsenal have youngster Eddie Nketiah coming into the fray at the club, Lacazette is 29 and Aubameyang is 31, so they could need a younger striker than those two in a couple of seasons to team up with Nketiah.

Osimhen could be the ideal player for that role as he has a tremendous scoring record, while Galtier’s comparison of him with Aubameyang is pertinent as he has managed both forwards.

Clearly the 21-year-old is highly rated and, if the Gunners are able to gather the funds to beat rivals Manchester United to the signing, then it could set them up with a potent attacking option for many years to come.

Arsenal evening headlines as transfer decision made on Saint-Maximin 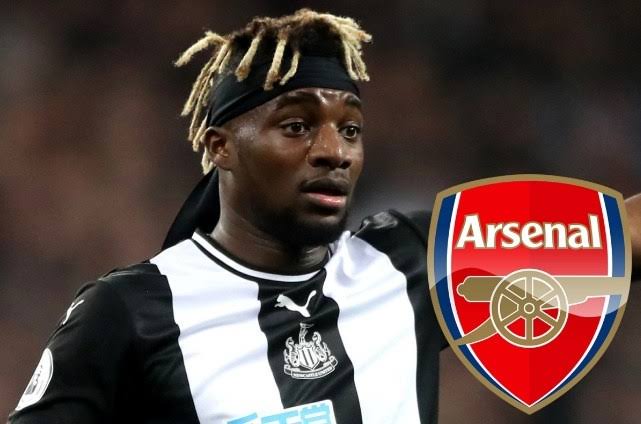 Arsenal are believed to have no interest in signing Newcastle United’s Allan Saint-Maximin in the upcoming transfer window.

The Gunners had been linked with a move for the 23-year-old, but a report in , via the , claims that the club hold no interest in signing him on a permanent deal.

Mikel Arteta has been willing to use a range of players in attacking areas this season with Bukayo Saka and Reiss Nelson earning more Premier League minutes under the new head coach.

Therefore, a move for any wide players in the transfer market is highly unlikely given that £72million was also spent on Nicolas Pepe last summer in a club-record deal.

Mesut Ozil has posted a cryptic message on Twitter after being left out again in Tuesday’s 1-1 draw with Leicester City.

Arteta’s side continued their unbeaten run with a point at home to the Foxes but another bold selection call by the head coach has left some supporters questioning Ozil’s future at the club.

On Wednesday, Ozil of his highlights from this season with an ‘eyes’ emoji.

The decision to leave the World Cup winner out of Tuesday’s draw will lead to even more speculation around the long-term future of Ozil with the transfer window not too far away.

Arteta responds to Aubameyang’s brother to explain his selection decision

The Arsenal boss addressed the concerns of Pierre-Emerick Aubameyang’s brother after Tuesday’s draw by outlining why he decides to play the club’s top-scorer on the left.

Aubameyang scored his 20th league goal of the season on Tuesday but some supporters, including the Gabon international’s brother, have questioned the decision to play him on the left rather than as a centre forward.

Arteta : “[He] is scoring a lot of goals coming from that position, he's done it all his career.

"We know he can play as a nine but at the moment the balance of the team is a little bit better like this. He is a team player."

Those sentiments echoed by the Arsenal head coach came just a day after Aubameyang’s brother asked why he doesn’t play the forward in more central areas. The London giants will have to rival John Stones’ former club Everton for the defender’s signature, the centre-back has fallen out of favour at Man City over the last year. England international has slipped down to Pep Guardiola’s fifth-choice in back-line, with the defender playing only 14 games across all tournaments this campaign.

Stones is ‘unhappy’ and that the defender will consider an exit this summer, with the defender open to a come back to the Goodison Park who would be keen on a cut-price deal.

Everything shaped up for the 26-year-old centre-back to play a more important role for Man City after the surprise departure of Vincent Kompany last summer, but things really haven’t gone as he would’ve hoped.

Man City signed the English centre-back for a huge fee of £47.5m, four years ago, but it’s fair to say that the defender hasn’t lived up to that price-tag on a consistent basis.

The two-time Premier League champion could find solace in a possible move to Emirates though, as he’d be able to team up with the Spanish manager who was Man City’s assistant for three-and-a-half-years.

Should John depart, his options are ideal for a footballer that’s struggling with form and fitness right now, he has the opportunity to head back to a team environment he’s familiar with in Everton or under the tutelage of someone he’s worked closely with in recent years in the Spanish boss at London club.