The former Newcastle manager while speaking to sky sports this evening praised muorinho for his hardwork at tothenham. According to him, he tried his best even though the club might not be going to the champions league next season, at least they have a finals to play against mancity. 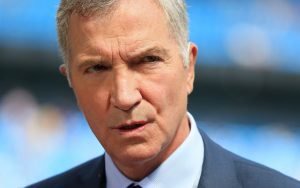 Mourinho spent just seventeen months as a tothenham manager after the sack of Mauricio Pochettino. News of the unrest in the dressing room was one of the major Jose muorinho had, the board didn't feel comfortable with it and took a decision to let him go.

According to Souness , muorinho is a top manager and he has managed big clubs like Chelsea , Real Madrid and Manchester United in the past. The Portuguese is predicted to be heading to a big club as his next move as a manager.

Mourinho recorded just 51% win as a tothenham manager which is his worst second record as a manager. Hopefully he gets to coach a big club soon. Mourinho is known for his wide mouth , I believe he has learnt his lessons and will perform better in a new club.