Arsenal manager Mikel Arteta has spoken about the future of Alexandre Lacazette ahead of Friday's Premier League clash against Aston Villa.The Frenchman has struggled for playing time this term. He has managed just 49 minutes of Premier League football.His current deal expires in June next year. There have been suggestions that he could leave in January with Inter Milan reportedly interested in him. 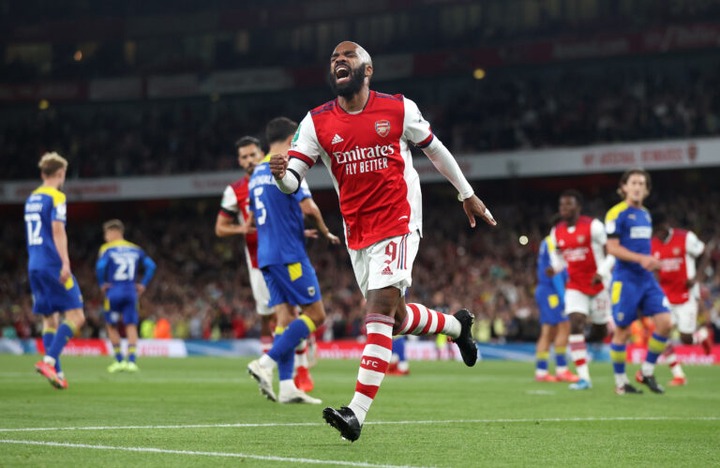 When asked about the striker’s future, Arteta emphasised that the Gunners want to get the best out of him, and there is no lack of commitment.He told Arsenal.com: “We are focusing on getting the best out of Laca and he shows every day his commitment is here.We just want to give him the right minutes so that he can show his quality and help the team to do better.”

With Emile Smith Rowe and Bukayo Saka being regular starters out wide, Pierre-Emerick Aubameyang has led the line this term.This has had a direct impact on Lacazette’s game time. Aubameyang has shown signs of returning to form with two goals in six league outings.Earlier this year, Arteta said that the club would sort Lacazette’s future over the summer period, but there has been no progress whatsoever.

It is now reported that there are no plans to renew his deal. The €22 million-rated star may either leave in January or when his contract expires next summer.A mid-season exit appears unlikely with Aubameyang and Nicolas Pepe off for African Cup of Nations duty in January.Aside from Lacazette, the remaining centre-forward options in Eddie Nketiah, Gabriel Martinelli and Folarin Balogun are largely inexperienced.

The Gunners may want to cash in on the Frenchman in January, but they would require a quality replacement that may not be readily available.A big-money transfer in January may not be on the cards as most high-profile clubs tend to stick with their leading players until the summer.A new signing would also need some time to adapt. The Gunners can’t afford to experiment midway through a potential top-four push.

Content created and supplied by: Olamide123 (via Opera News )