Karim Benzima is in Fine Form, I Would Give Him the Ballon D'Or - Zidane 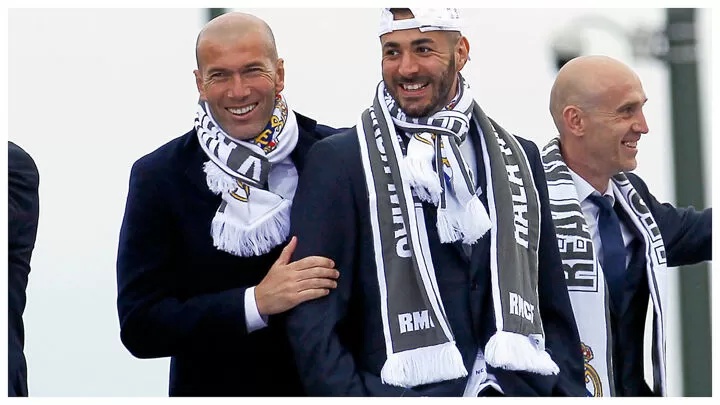 As regards this year's Ballon d'or, more interesting gists are coming up. This time, it is from Zinedine Zidane. According to the football News update from AllFootballApp, Zinedine Zidane has shown his pleasure in seeing Karim Benzima win the Ballon d'or award this year.

It is obvious that if Benzima succeeds in winning this award, much of the credit will be given to Zidane who helped in bringing his fellow frenchman, Benzima, to the form he is today, when both of them were together at Real Madrid.

The former Los Blancos coach has led his support to Benzima to scoop this top individual prize of world football, which he himself won in 1998, with strong argument that he is far ahead of the rest competitors.

The report analysis has it that Zidane told Telefoot that Karim is in fine form. And that he would like to give him the Ballon d'Or. Because, according to his own evaluation, he deserves it.

He goes on to say that Karim Benzema deserves it. He is, for him, an incredible player. He is proud to say that he had the great honour of coaching him.

Zidane added that Benzima knows how to do everything on the pitch. He maintains that he is above everyone, and as such, he hopes he can be rewarded with this Ballon d'Or.

Zidane is not the only person bearing this testimony about Benzima. There are other high profiled figures, in the likes of the former manager of Arsenal, Arsene Wenger and so on, saying the same thing. On your own, what do you think about this choice?