Arsenal striker Alexandre Lacazette was expected to leave north London this summer for a reasonable fee, but with no interest shown in the Frenchman, his contract could be extended until next summer, at which point he would leave on a free transfer, adding to Arsenal's financial woes.

The Gunners have had a huge problem recouping or generating transfer fees in the last decade, something they were not known for during the Invincibles era. Having sold players like Marc Overmars to Barcelona, Nicolas Anelka to Real Madrid, and Emmanuel Adebayor to Manchester City for exorbitant profits in their glory days, the same feeling could not be further away now. 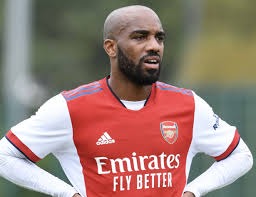 In fact, a Sun graphic details their economic downturn, demonstrating how meager their transfer dealing has become. Over the last four years, Serge Gnabry, Wojciech Szczesny, Alex Oxlade-Chambelain, and Jeff Reine-Adelaide have earned a total of £51.5 million, with Gnabry being the most embarrassing sale at £5 million. However, having also given up the services of Santi Cazorla, Jack Wilshere, Danny Welbeck, and Aaron Ramsey for free during the same time period, an estimated total of £260m in talent has been let go for that shockingly low £50m fee. 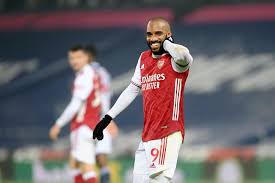 This is in addition to the swap agreement reached with Manchester United, which allowed Alexis Sanchez to run down his contract in exchange for Henrikh Mkhitaryan. Despite performing better at Arsenal than Sanchez did at United, the Armenian was nowhere near as good at the Emirates as Sanchez was during his prime, when he was named Player of the Season. To make matters worse, former youth players Donyell Malen and Glen Kamara were both sold for a combined £500,000 - despite Malen joining Borussia Dortmund for £27 million this summer as Jadon Sancho's replacement, and Kamara being linked with a £10 million return to Arsenal, it represents poor business all around.

Because of this mismanagement, as well as the lack of funds from the majority of European clubs, Lacazette could be the next big name on that list if he is swayed by a move abroad.

According to reports, Arsenal anticipated some offers for Lacazette, but with this market in mind, it remains to be seen who will stump up the cash for him, and he is set to stay despite entering his final year. It's just another mess for Mikel Arteta to deal with after the recent spate of COVID-19 cases throughout the squad, with Lacazette among the casualties. Pierre-Emerick Aubameyang, Willian, and Alex Runarsson were also infected. 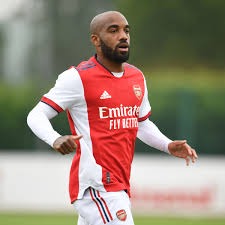 To make matters worse, they will face a rampant Chelsea side that is expected to start record signing Romelu Lukaku.

Lukaku, who cost £97.5 million, has returned to England after a successful spell at West Bromwich Albion, Everton, and Manchester United.

However, after joining Everton from Chelsea in 2014, he will look to exorcise his old demons after failing to make an impact during his first stint at Stamford Bridge.