Football is one of the most entertaining and enjoyable sports in the world's history, many footballers have worked tirelessly to achieve different goals by creating and breaking astonishing records. 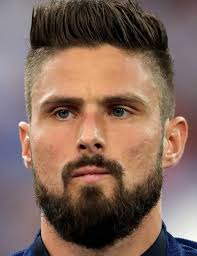 This records are created by one footballer and are broken by another. One of the most unbreakable football records was kept by a Chelsea striker Oliver Giroud, according to reports the French man completed a 90 minutes match without being able to make contact with the ball in the 2018 FIFA world cup, the French player who completed the tournament as the worst striker was reported to register only 13 attempt and none on target throughout the 2018 FIFA world cup which was held in Russia.

Well, Giruod happens to be one of the best attackers in football today despite having such bad record in the 2018 wold cup, the French attacker was reported to have played a total of 546 minutes of action during the tournament with a very poor stat despite winning the world cup, he had 13 attempt with zero shot on target throughout the competition ending the tournament with a very poor stat.Some of us must have been asking ourselves this question, can a player play for 90 minutes without touching the ball? Well, yes, Chelsea's striker Oliver Giroud is the man behind this record.

Content created and supplied by: Benjamin38 (via Opera News )

One major reason why Chelsea's win against City tonight will work against them in the UCL final.