Are Chelsea the new Manchester United?

By Sonicjaey (self meida writer) | 2 months

Another epic encounter in the premier league in the Chelsea vs Liverpool match on 4th of match 2021. The match lived up to the hype though only one goal was scored.

But as we have seen since the introduction of VAR, it took center stage again following it's decision not to award a penalty to Liverpool following an handball from Ngolo kante in the second half of the game, the game started with great intensity and fast tempo, players from both sides creating several chances,with Timo Werner seeing the first clear cut chance of the game but he could only direct the ball straight to Goal keeper Allison. Werner saw another chance after being sent through on goal by jorginho's pass, he raised the ball over on rushing Allison as he tucked the ball into an empty net but VAR ruled his goal out for offside. Then Mason mount scored 3 minutes to half time to give Chelsea the lead. 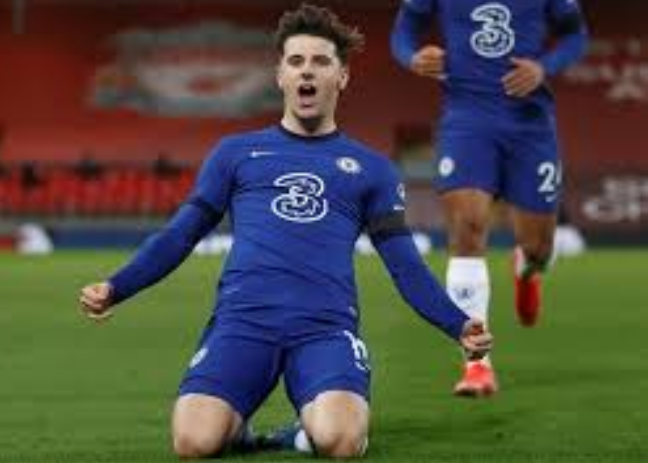 The second half started the same with both teams going at each other but the most noticeable aspect of the game was when mane played a cross and it hit kante's outstretched hand in the box but the referee waved it off much to the annoyance of Liverpool players. The rule of the game clearly states that an handball should be given if the arm is not in it's natural position i.e glued to the body and that was what happened with kante. 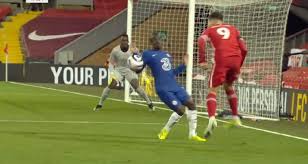 Chelsea has seen two clear penalty appeals gone on their favour as it happened in their previous game against man Utd with odoi as the culprit. 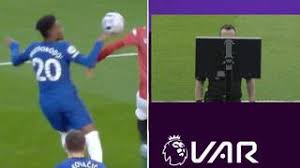 This are the kind of incidents we saw during the days of Ferguson's manchester United. Are the referees now in favour of Chelsea or did Chelsea got lucky twice consecutively against two top clubs in England.

Content created and supplied by: Sonicjaey (via Opera News )