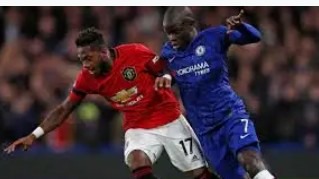 On this day, one year ago, Manchester City went to Old Trafford and spanked Manchester United 6-1.

Manchester City has also beaten United 5-0 back in 1955 with United returning the favour 39 years later in 1994 winning by the same scoreline.

Although Manchester City has had more recent success than its cross-town rivals, overall, it is not close at all. Manchester United are the most successful club in England and have more trophies than any other English side.

In total, Manchester United have an astonishing 66 major trophies. These include 20 league titles, 5 League Cups, 12 FA Cups plus a record 21 Community Shield wins. And then there's Europe.

The red half of Manchester has won the prestigious Champions League 3 times, won the Europa League once along with an Intercontinental Cup and a FIFA Club World Cup.

The blue half of Manchester has had its own share of success, too, of course. Most notably since the takeover in 2008 by the Abu Dhabi Group.

Former Red Devil legend Paul Scholes' attitude shows just how bitter the rivalry is in this interview in 2011:

Breaking news: All six EPL clubs withdraw from the ESL.