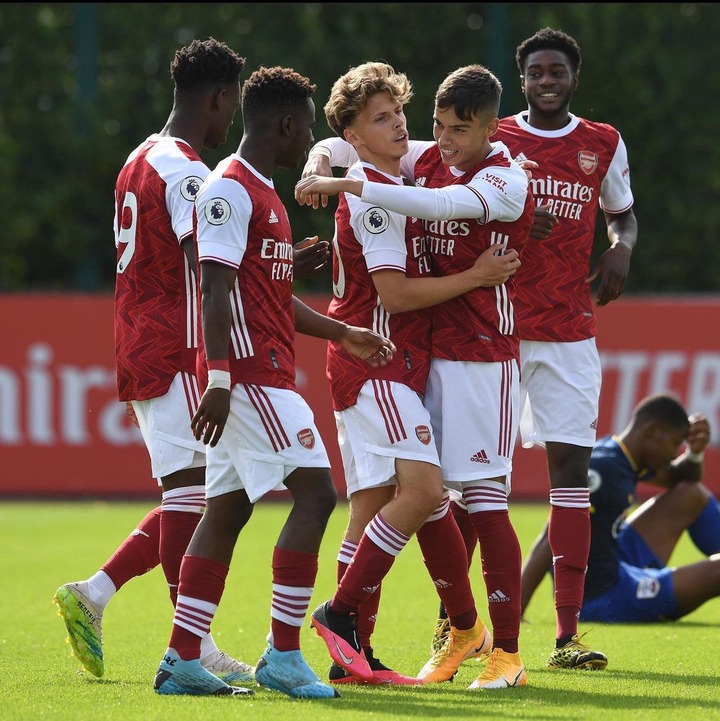 Arsenal football club of England youth team were forced to play a 2-2 draw against Southampton FC on Friday in the English Premier League 2, and no fewer than 6 Nigerian youngster were on action for the two sides in the entertaining encounter. 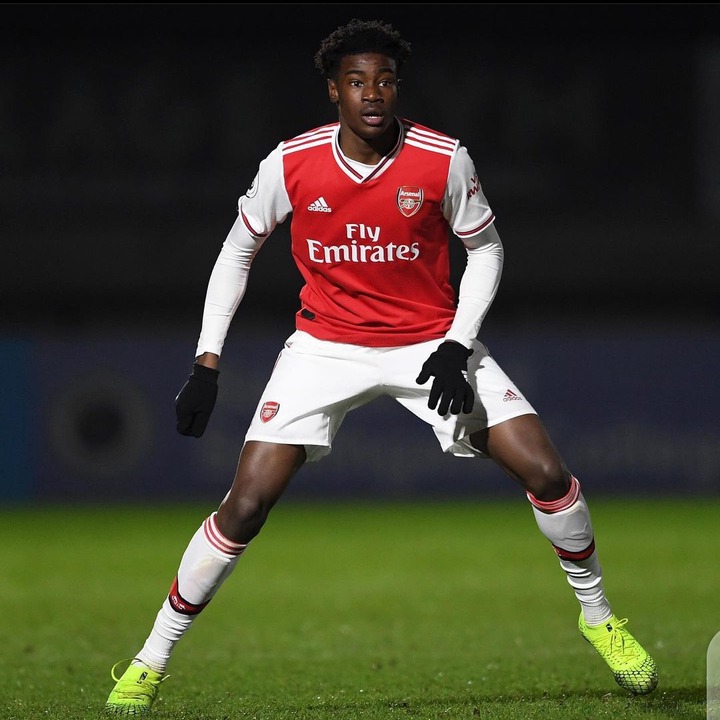 Arsenal football club paraded many Nigerians, but three of them were able to feature, while three other Nigerians featured for the Saints in the game.

The three Nigerians paraded by Arsenal are Ryan Alebiosu, Tim Akinola and Daniel Oyegoke, while Southampton under 23 paraded three Nigerians as well, and they are David Ogbontohoma, Kazeem Olaigbe and Zuriel Otseh-Taiwo. 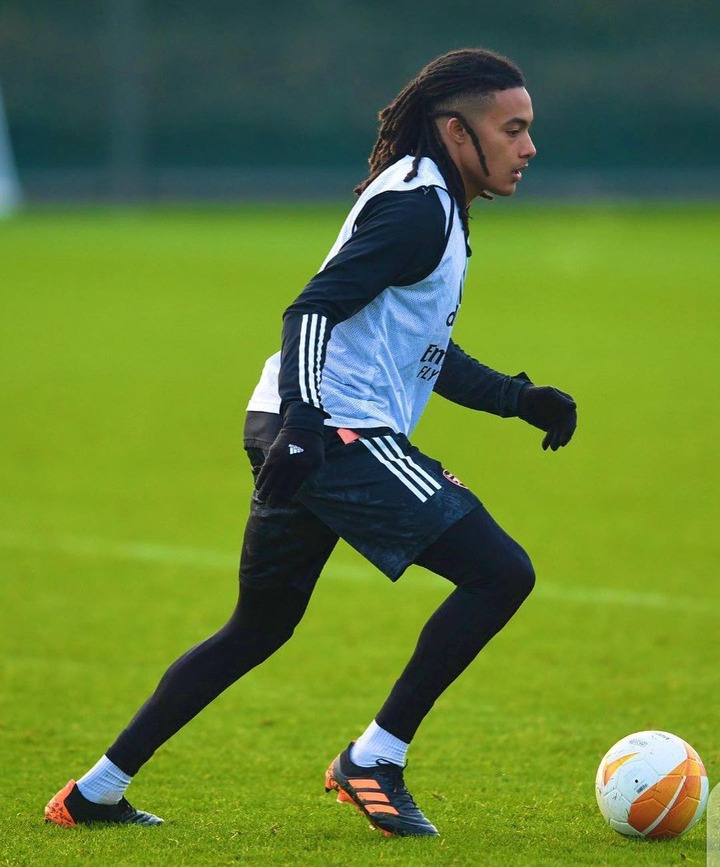 Highly rated Nigerian and Arsenal stars Folarin Balogun and Miguel Azeez were unused substitute despite being named among the squad, but they were rested because they are just returning from Injury.

Balogun has made few appearances for the Gunners senior team this season, and he has two UEFA Europa League goals and an assist to his name, while Miguel Azeez has also represented the club in the UEFA Europa League. 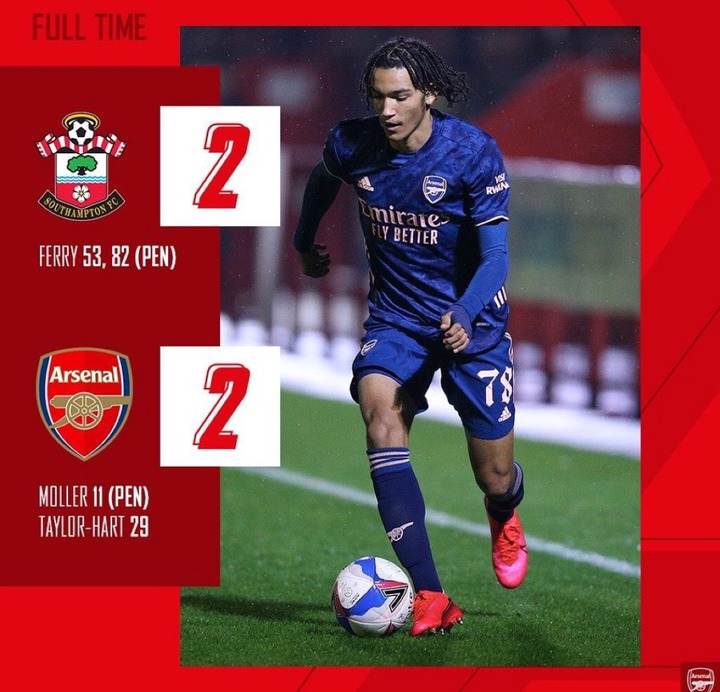 Arsenal football club opened scoring through Nicolaj Moller in the 10th minutes, while Kido Taylor-Hart made it 2-0 in the 29th minutes to end the first half 2-0, before the Saints fought back through Will Ferry's brace in the second half, to end the match 2-2. 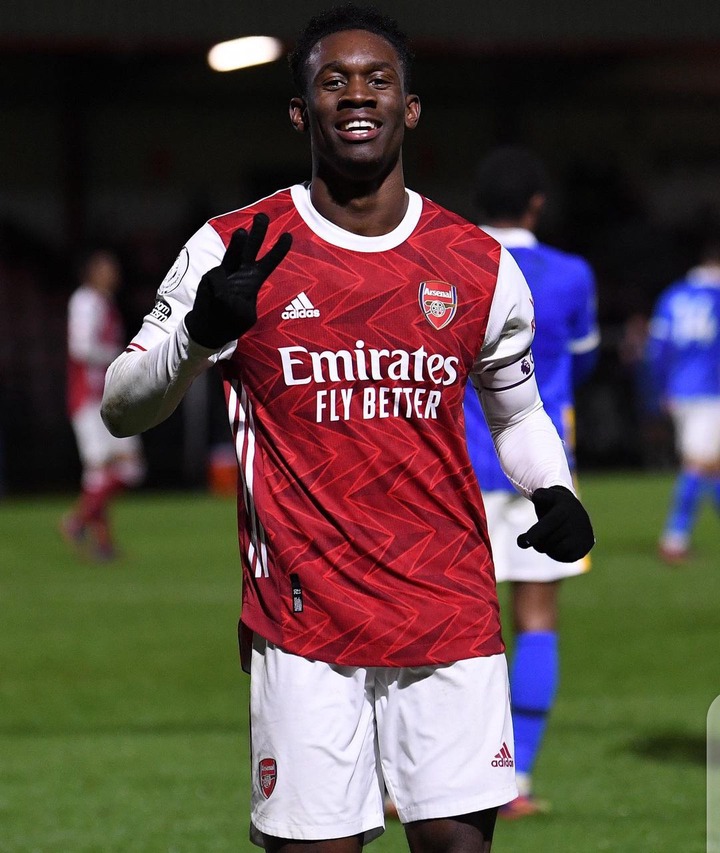 Balogun's contract with the Gunners is set to end in the coming transfer window (Summer), and he has been linked with a move to a lot of European top clubs like Juventus, RassenballSport Leipzig, Bayern Munich, AC Milan, Liverpool FC etc, but it's yet to certain where the 19 years old will be playing Next season.

Balogun and Miguel Azeez will now be looking forward to returning to the starting eleven, when the young Gunners play their next game in few days time.