Olympiacos set to ask Barca for Umtiti on loan

By Adecredible (self media writer) | 17 days ago

According to ESPN, emissaries from the Greek club plan to hold talks with Barca this week to negotiate a loan deal for the French centre back. 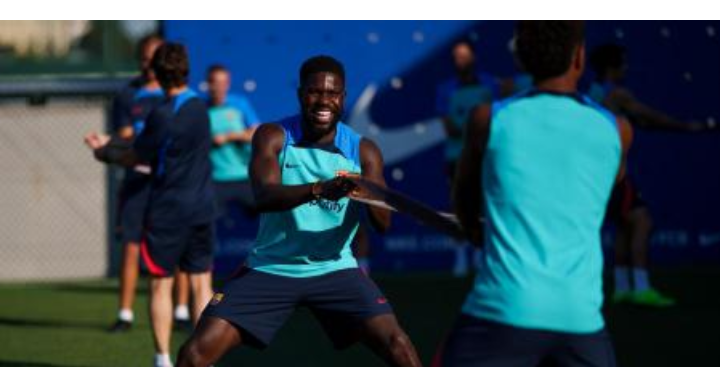 Samuel Umtiti (27) was one of the Barca players who did not travel to the United States tour as he awaits a decision on his departure from the club, as the French centre-back is not in Xavi Hernández's plans for next season, and next week could be key in defining his future.

Weeks ago, Rennes were mentioned as a possible destination for Umtiti, but in the end there was no agreement and the option of joining the French side was ruled out, but there is another team that could take the Barcelona defender. We are talking about Olympiacos, the reigning Greek champions, who according to 'ESPN' are planning to start talks with Barca to ask for Umtiti's season long loan. The aforementioned information indicates that emissaries from the Greek club will be in contact this week with the Barca management to negotiate the distribution of Umtiti's salary, the main stumbling block for the Frenchman to leave the Camp Nou.

Samuel Umtiti knows that he will not have opportunities at Barça this year and joining Olympiacos would allow him to return to prominence and regularity. The Greek club were knocked out of the Champions League qualifiers after losing to Maccabi Haifa (5-1 on aggregate), but they can still qualify for the Europa League and play in European competition next season if they get past Slovan Bratislava in the play offs.