By Emiratesgooner (self meida writer) | 1 months The Igbos allege to be the oldest tribe in Nigeria, have a natural wake up call for been independent. They are are aware that slavery of any kind is inhumane.

There nature, custom and traditional rights make them abhor any form of slavery or inhumane treatment. Igbos are believed to be republicans and democrats by default and it can be seen with their form of decentralised system of leadership.

That's why the Igbos have been for long calling for a decentralised system of government or a referendum for their independence. 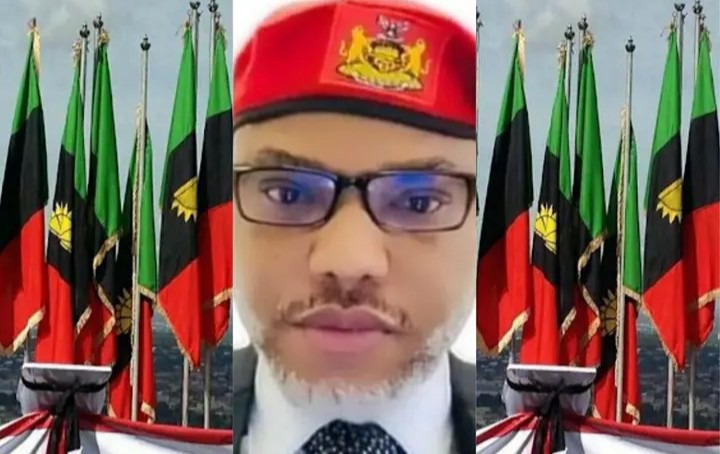 The Igbo-man is a typical definition of independence, Sovereignty, Self-reliant, Self-sufficient, and Outspoken critic.

The likes of General Chukwuemka Odumegwu Ojukwu, Major. Kaduna Nzeogwu, Chinua Achebe, Chimamanda Adichie, Senator Enyinnaya Abaribe and Mazi Nnamdi Kanu have shown that great spirit of truth and resistance against oppression even if it cost their lives.

Mazi Nnamdi Kanu is currently the man championing the cause for the Igbos resistance against marginalisation, ethnic genocide, and neocolonialism. He's actually the true son of the soil.

An Igbo-man is always on a scale, weighing between the right and the wrong. They're inclined towards check and balances, accountability, and transparency.

Their zest to reach the top has made them an advanced race. They leave an indelible impression wherever they find themselves.

The Igbo-man never settles for less, he's a king of his own empire and can't be captive to any form of insubordination through violence, injustice, slavery of any form, and underdevelopment.

The competitive nature of the Igbo-man has made him always opened to ideas on getting better.

This fact is evident when you consider the model of their business and commerce acumen. One which can't be learnt in any business school, not even the London business school.

The Igbo-man nevertheless is humble and diligent in achieving his set goal but is also proactive to know when it is a bad venture.

The happenings during the transatlantic slave trade, the colonial era, the Civil war and presently the marginalisation and ethnic attacks they encounter have always resulted in an Igbo quest for Independence.

Examples of such revolts against inhumane treatments can be seen in the Aba women riot, the iva valley coal massacre, the 75 drowned igbo slaves, Aro resistance, Okonko-British missionary war of Ibeku, Nigeria-Biafra civil war, and the great Ekumeku resistance.

They play fiddle to none and will always seek liberation be it at the cost of their existence.

This is so because they Igbos are critical about their future, they never want their unborn children to be subjected through the pains they've been made to experience.

The igbos are the only ethnic group in Nigeria that posed a strong resistance to the brutal rule of the colonial era.

The Igbo spirit of resistance and independence has been awakened and the force this time may be trembling if nothing is done to appease that spirit.

I don't think the spirit of the igbos will rest when it's under great oppression, that part of them will definitely awaken to revolt for independence.

What do you think about the spirit of revolution and independence in an Igbo man that will always reveal itself?

Check Out Sophisticated And Adorable Fashion Styles For Lovely Ladies

51 Trendy And Stylish Native Outfits For Every Beautiful Mummies

"You Must Take Responsibility For My Sister's Pregnancy, She Is Just 18 Years Old"- Lady Alledges.

Funny memes and savage replies that will make you laugh

Beautiful Braid Styles You Can Rock