The European football governing body popularly known as UEFA has reacted after Super Eagles star Victor Osimhen netted a brace for Italian serie A giants SSC Napoli, in their 4-0 away League victory over Sampdoria FC. The Nigerian international retained his spot in Napoli football club's attack, following his impressive run of form for the team, and he was able to impress again.

The former Wolfsburg football club of Germany striker led his team's attack alongside Hirving Lozano and captain Lorenzo Insigne and they were all fantastic in the game. 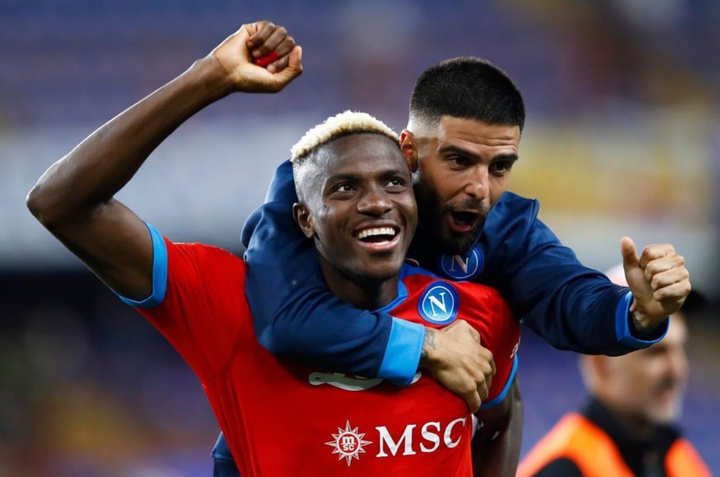 A goal each from Spain national team star Fabian Ruiz, Piotr Zielinaki and a brace from Nigerian Victor Osimhen were enough to give Napoli football club a comfortable victory over Sampdoria FC. Reacting after Victor Osimhen netted a brace in Napoli's victory, UEFA posted his pictures alongside some of his teammates on their verified Twitter handle on Friday morning that; And now the joint-third highest goalscorer in Serie A this season.