Was Okocha Really Ronaldinho's Mentor? These 13 Throwback Photos Will Convince You That He Was

For long years now, the news that the Nigerian legendary dribbler J.J. Okocha mentored the Brazilian magician, Ronaldinho Gauché, has been lingering. Their styles of play were quite similar, and the subject of who was a better dribbler between the two players has always been a topic of major debate.

Many say the better dribbler was J.J. Okocha, while many always pitch their support for Ronaldinho. Even though those who always pick Ronaldinho as a better dribbler between the two always maintained that no matter how great a player he was, he was hugely influenced by the Nigerian talisman.

But is it really true that he was mentored by J.J. Okocha? And what was the similarity in their styles of play?

Okocha was a playmaker, a very skillful one at that, and was mostly used as an attacking midfielder. His trickery, dribbling skills, confidence, flair, and creativity endeared him to millions of football lovers in the world, and established his name as one of the greatest footballers Africa has ever produced.

His legover techniques were sensational then. He made every national team game a delight to watch. Merely seeing Okocha on the pitch had a way of restoring confidence in the minds of the fans. Those were beautiful days.

In the national team, he turned the No.10 jersey into a myth. I remember those days as kids, a lot of kids wanted to end up like professional footballers simply because we were watching him. And everyone wanted to play like Okocha. He was a brand. A trademark. 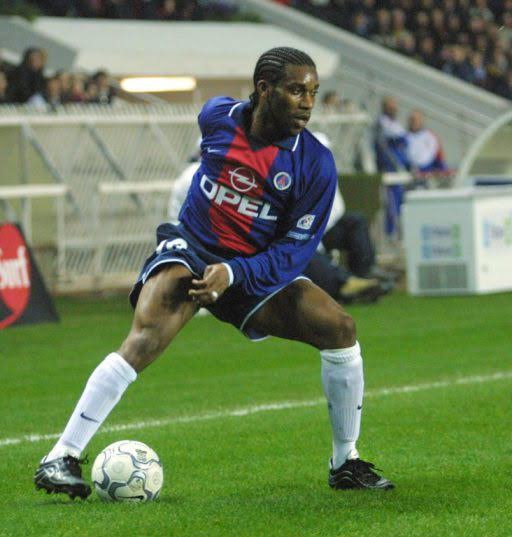 And what sparked the comparison between Ronaldinho and him? What connected these two players together? It wasn't just because they had once played together in the same club, but there was something similar about their styles of play.

His accurate passes, creativity, and pace were legendary. He was a set-piece specialist too, just like Okocha. Today, he is still regarded as one of the greatest set-piece takers in the history of football. His finishing was also expertly done.

Just like Okocha, his flair and dribbling skills were exceptional. It seemed he came into the footballing world with a mission of establishing his own pattern, and he was successful at it. His flashy moves with the ball won him the hearts of football lovers all over the world. He was always a threat to the opponents whenever he was on the pitch. 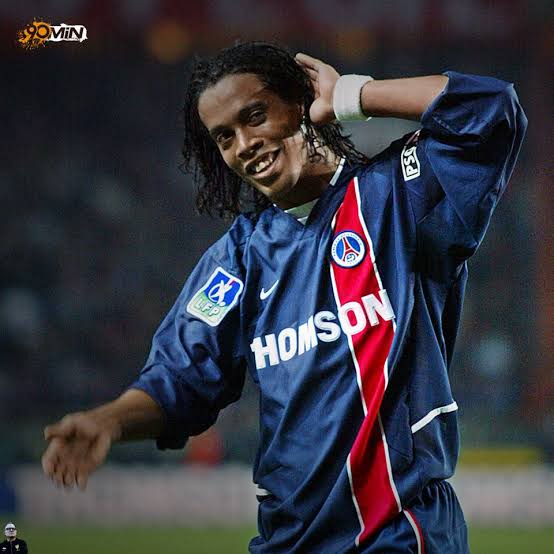 So what influence did J.J. Okocha have on his own style development? Was he really mentored by our own legendary player? Why exactly were their styles of play similar?

Let's try to find answers to those questions. During one interview, Ronaldinho was asked how he developed his football skills, and do you know what his response was? He said he learned them from the streets of Brazil, from the Brazilian football legend, and also from watching Okocha during training when they were together in PSG. So his style was a blend of the skills of other Brazilian football greats and those of J.J. Okocha.

And as a mark of honor for J.J. Okocha, Ronaldinho had refused to wear the No.10 jersey in the 2003 match between Nigeria and Brazil. That truly shows the respect he had for Okocha. 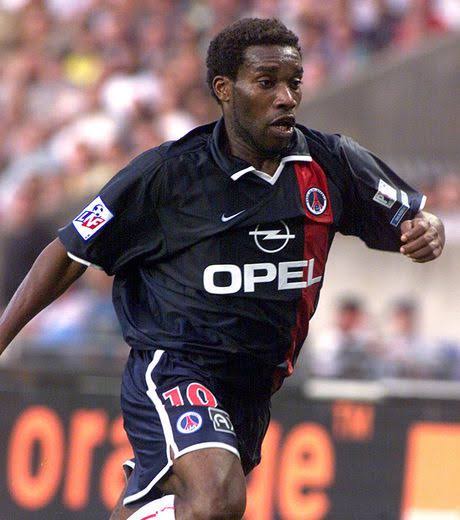 Ronaldinho had just made a move to PSG from Gremio then, but could not play for six months due to some legal issues he was facing. And it was during that time of waiting that he took the time to watch and study Okocha's style of play. And Okocha was also open enough to teach him some of the things he wanted to learn from him.

Okocha had moved to PSG in 1998 in a deal that made him the most expensive African player at that time. He spent four years for PSG, during which time he scored 12 goals for them, and played 84 matches for them. It was during that time that he was a mentor to Ronaldinho. 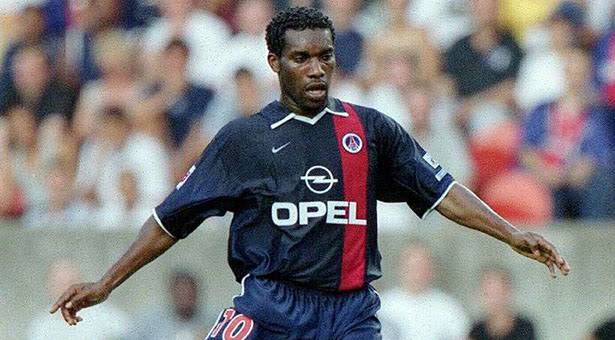 And in 2002, a big move came for Okocha, and he had to leave PSG for Bolton Wanderers.

The two players had gone ahead to make great impacts in the world of football, achieving great things for themselves, though the achievements of Okocha are nothing to compare with those of Ronaldinho.

There was a popular saying then - that even though Okocha was skillful and talented player, he wasn't a match-winner. But Ronaldinho was both an entertainer and a match-winner. So it would be safe to say, that it was a case of a mentee who later became greater than his master.

While Okocha does not have much recognition in his football career to show, Ronaldinho went ahead to win the Fifa World Player of the Year Award twice and a Ballon d'Or.

Below are 13 throwback photos that show the two had a great relationship, and that will make you believe that J.J. Okocha really was Ronaldinho's mentor: 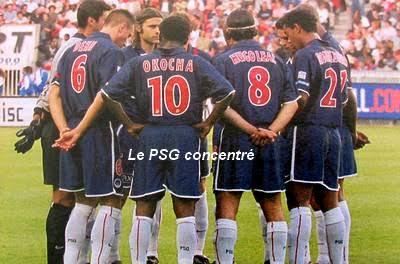 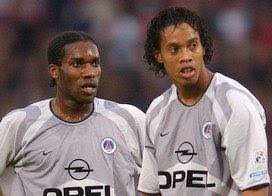 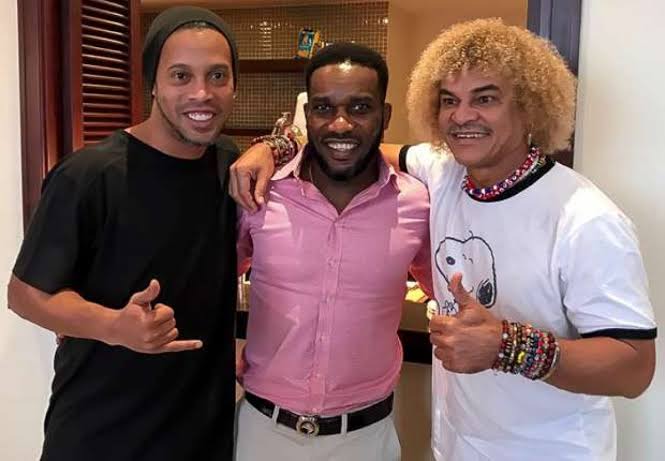 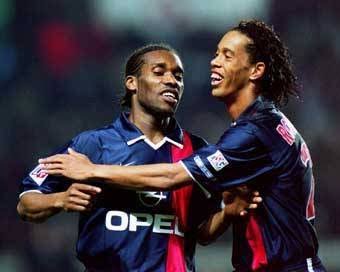 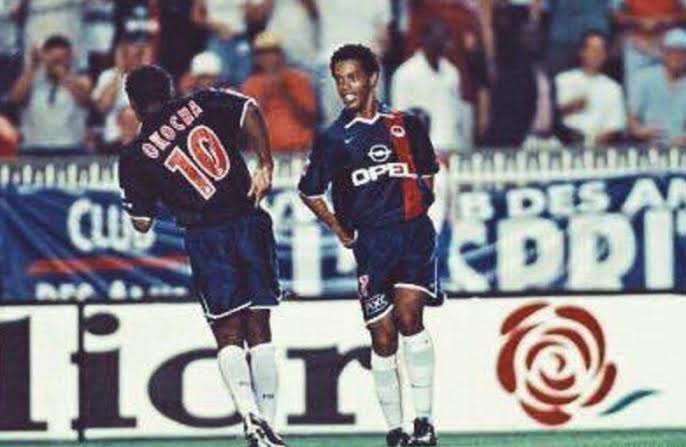 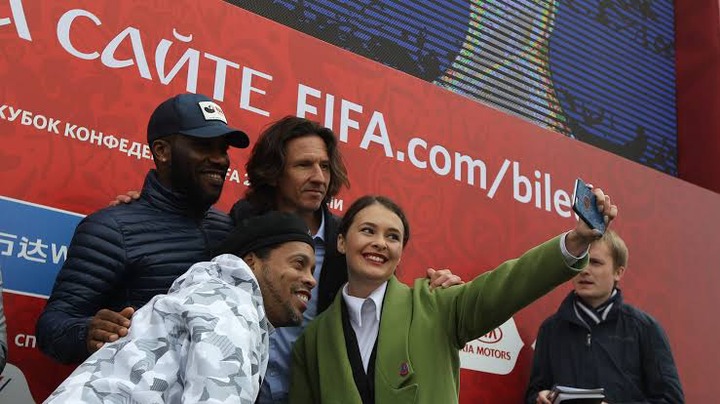 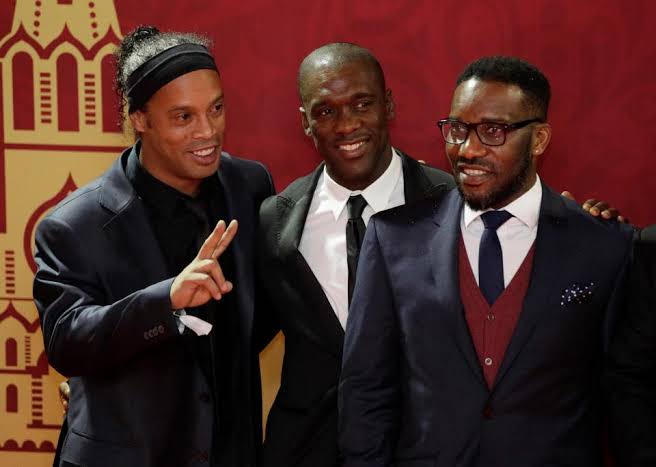 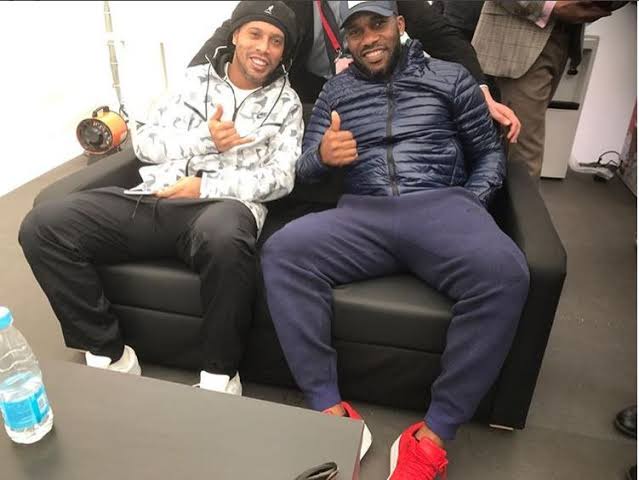 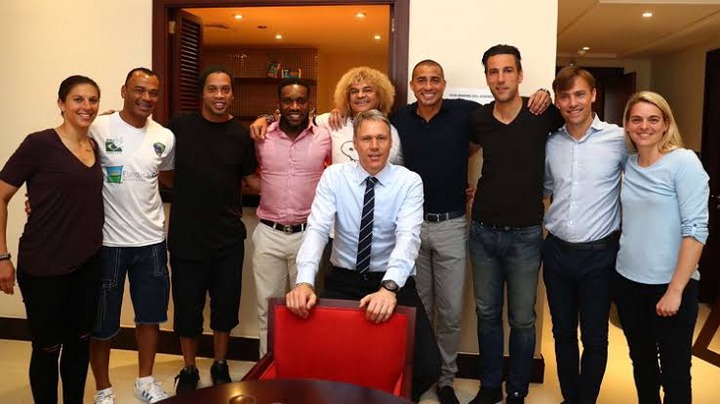 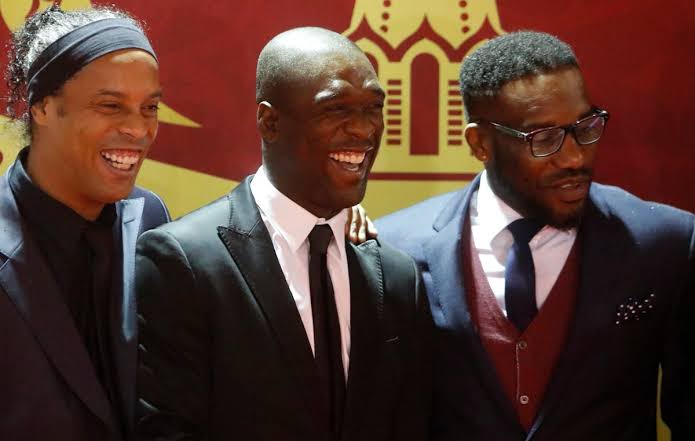 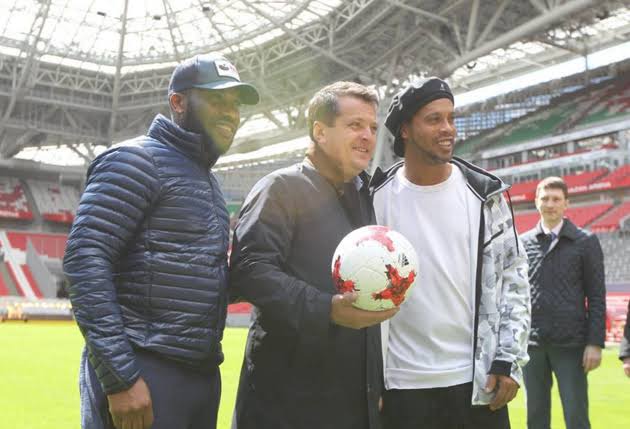 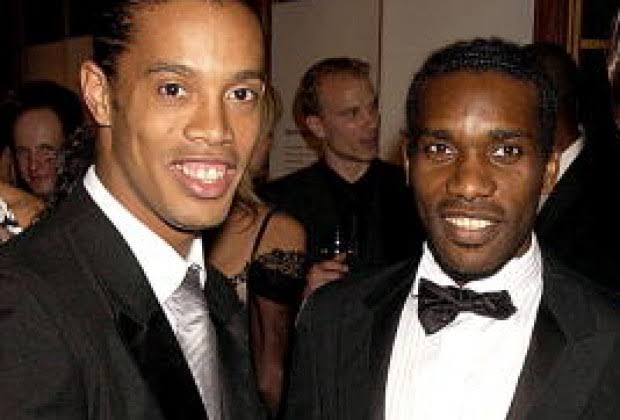 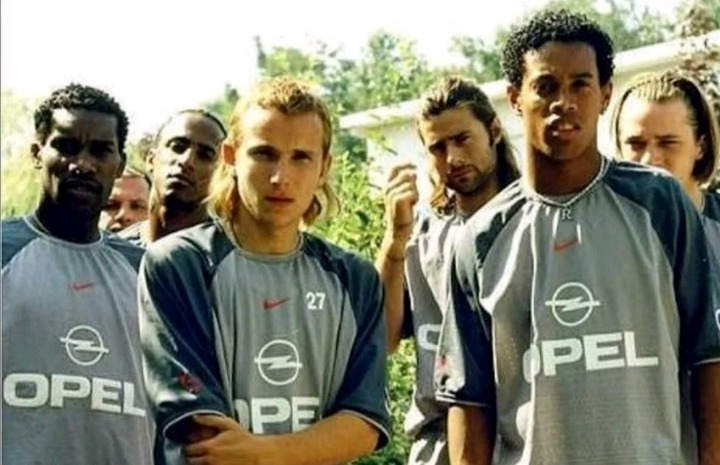 Who was your favorite footballer between these two great players? And what do you remember most about them? Let us know in the comments section below.