Italy-based Former Midfielder Thanks Participants At His Youth Competition

By SpeedFingers (self meida writer) | 17 days 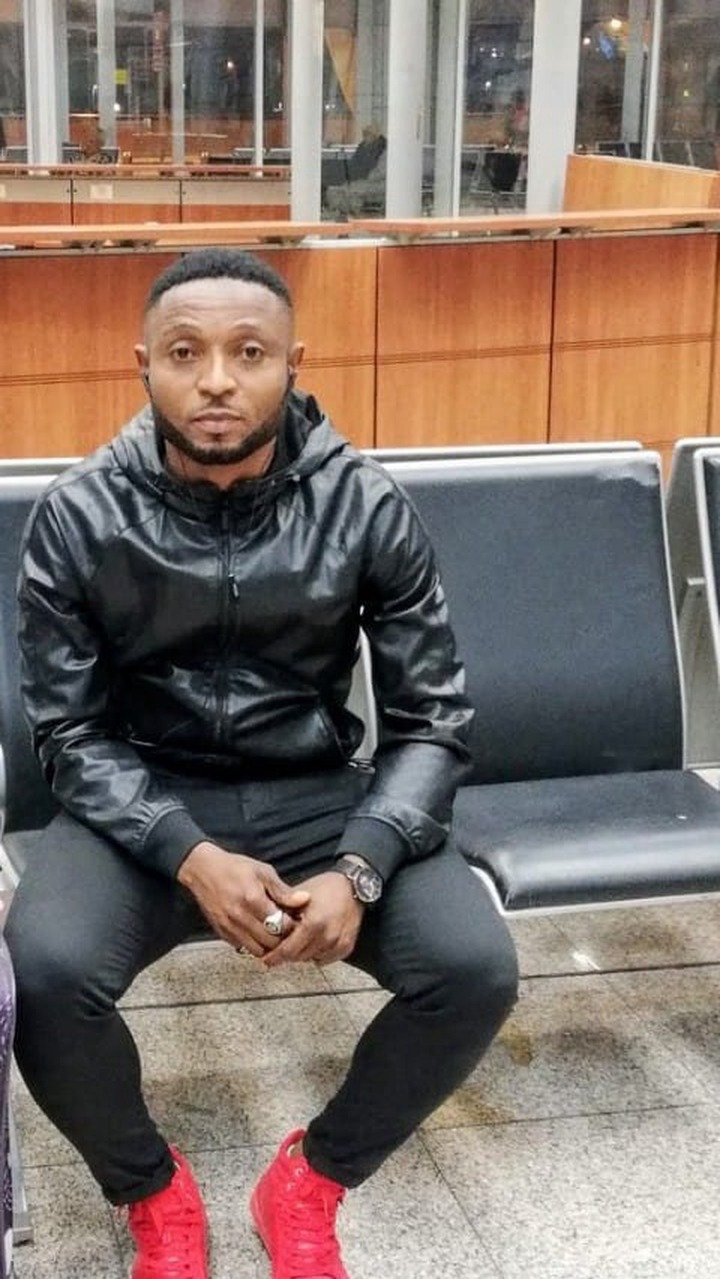 Italy-based former midfielder, Friday Ebeye (King) has sent a message of gratitude to all clubs participating in the maiden edition of a youth football competition he is sponsoring back home in Lagos, Nigeria alongside his younger brother, Timothy, and their childhood friend, David Opeyemi (aka Shola Garber). 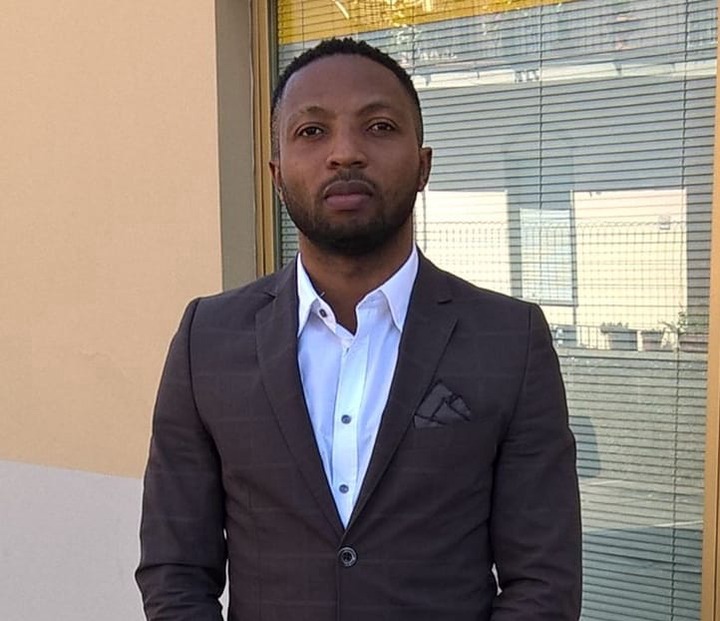 The competition, which is officially known as FRITISH Football Championship, will come to what is expected to be a pulsating climax this Saturday, May 1st, at the open ground that lies close to the headquarters of Lord’s Chosen Charismatic Revival Church, off Ijesha Bus Stop, along Oshodi-Mile 2Expressway, and the older Ebeye is reeling out applause for those who made it possible.

His message of gratitude acknowledged the roles played by all the players, coaches, officials, fans, journalists, referees, organizers and other stakeholders in ensuring that his dream and that of his co-sponsors has become a success reality, which he says deserves a round of applause. 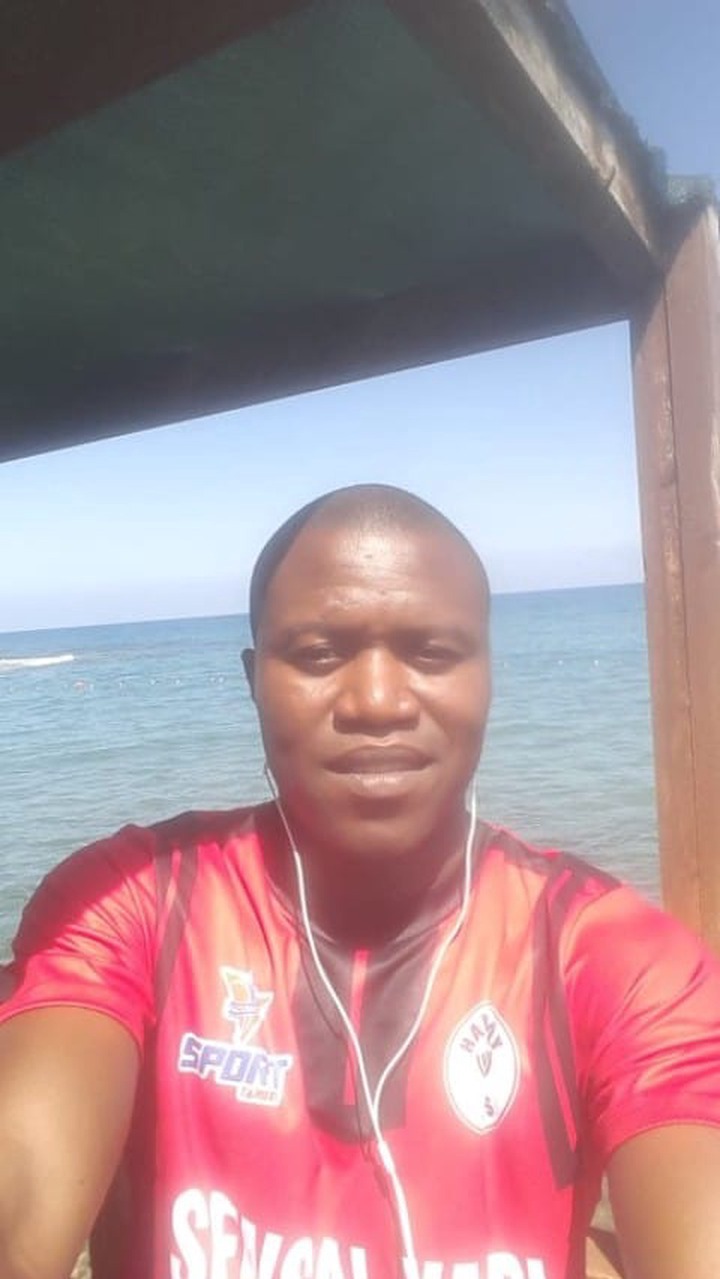 With the competition’s final looming large this Saturday at Ijesha-Amuwo, Lagos, Friday Ebeye has cast a look back at the group stage matches, which had a total of ten teams all competing in healthy rivalry, despite coming from various areas of the metropolis, and stressed that the high-level of discipline that they all showed excited him to a large extent.

He excitedly noted further that all teams that started at the blocks showed deep-rooted spirit of sportsmanship and cordial relations, up to the quarter-finals that took place on Tuesday and the semi-finals this Thursday. 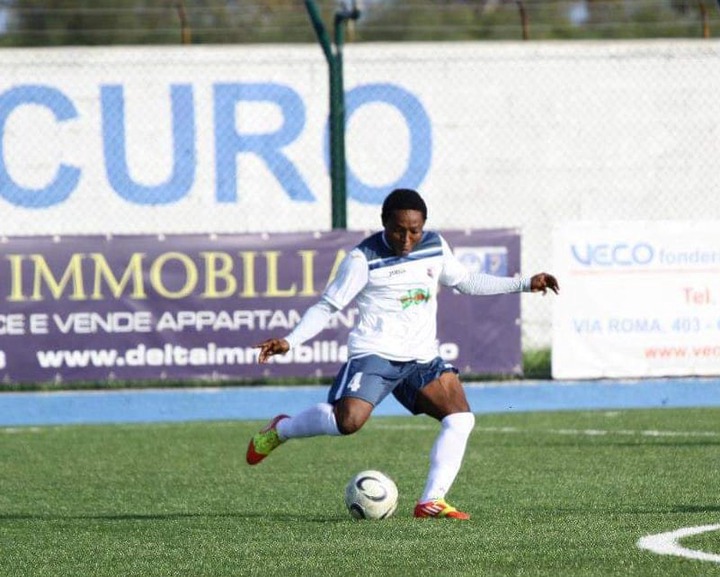 As the remaining four teams in the race are assured of at least two more matches each, between Thursday and Saturday, as a third placed match will precede the final billed to commence at 3pm, the joint-sponsor revealed that seeing everything going smoothly and according to their lofty plans has made him and two collaborators very glad and grateful.

He added that the competition’s progress so far has encouraged them to start thinking about the possibility of extending their sponsorship beyond what has become known unofficially as FRITISH Cup 2021, such that a follow-up edition is already shaping in their thoughts. 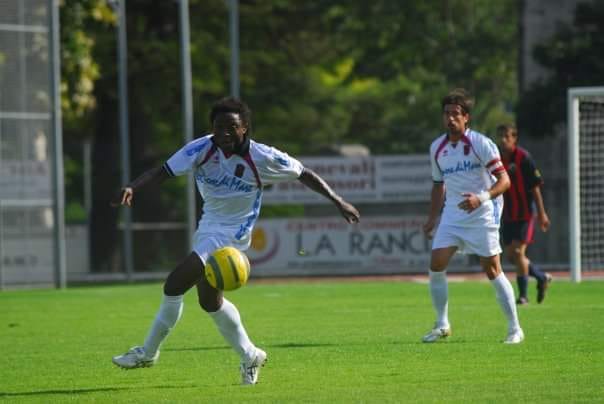 Incidentally, the competition’s organizing committee in headed by Coach Omoette Athan (aka Lapa), a youth developer that handled the Ebeye brothers alongside Opeyemi during their days together at Mighty Starlet FC of Ijesha.

'Coach Lapa' has been dutifully working together with the able and willing trio of Emeka Uzegbu (competition secretary), Rasheed Tella and Chinedu Edum towards a successful event, which is set to his a resounding climax in the coming hours, much to the delight of Ebeye et al. 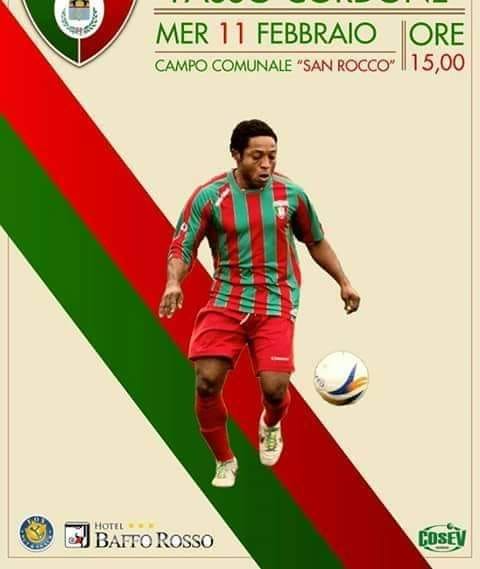 The older Ebeye disclosed that he and his colleagues are happy with the impact so far gained and awareness generated by the pioneering competition, which he enthused has already set new standards in the discovery of hidden talents; and he further revealed that FRITISH is an abbreviation for ‘Fascinated, Respect, Intelligence, Truth, Inventive, Spirited, Honour.' 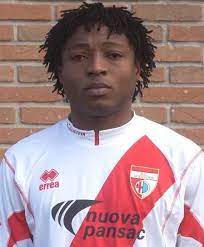 The former dazzler at National Grassroots Dream Team in Surulere area of Lagos, who is also fondly called ‘Ijapa’ by his close associates, also thanked 'Coach Yellow’ for aiding his progress through the backstreets in the environs of Ijeshatedo, where he, his younger brother, Timothy, and Opeyemi feel duty-bound to put something back into the community that produced them.

It was on the same pitch hosting the competition that he made his marks with Mighty Starlet and Mighty Rovers, before lining out with Young Stars FC of Satellite Town and, after starring for clubs in Italy and Eastern Europe, he is now working at a cosmetics firm in The Land of The Azzurri. 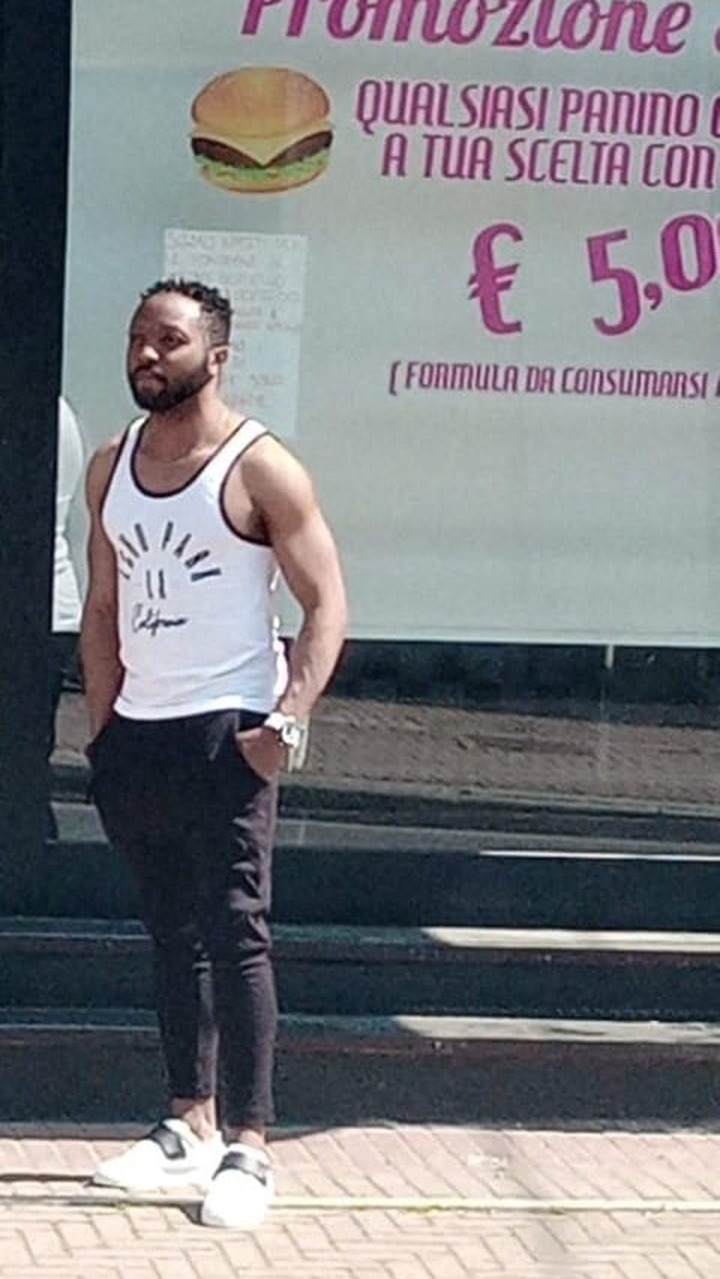 After stepping beyond the borders of Nigeria, he first played for FK Mogren of Montenegro, then moved on to ply his trade with FK Borac Cacak and Andria Bat of Serbia as well as AC Mantova Calcio and US Tolentino Calcio of Italy among many others, in an itinerary that included several modest teams in the lower divisions and regional leagues across the Italian peninsula.

Though now both based in Italy, where they made their biggest marks in the round leather game, the Ebeye brothers have not in any way forgotten their childhood buddy, David Opeyemi, in spite of his current presence several nautical miles away from them in Northern Cyprus, where he is still playing active football. 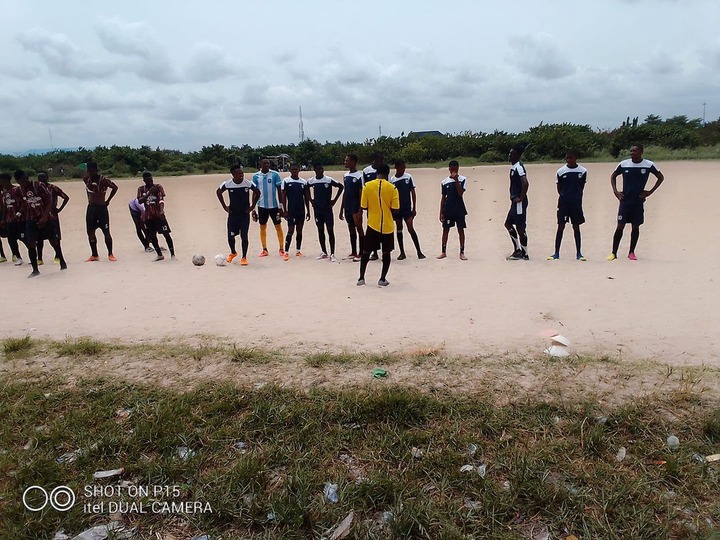 While earning a living under the banner of DNG Group, where he and his younger brother are gainfully employed, Friday Ebeye insists that the aura of football will continue running through his veins and developing new stars will forever be on his mind.

He has now come out to confess that the support they have gained in turning FRITISH Cup 2021 into a huge success has left him and the other two elated, with added zeal to keep to their ambition of making the competition an annual affair, hence the accolades he is giving everyone that has been involved so far in edition number one. 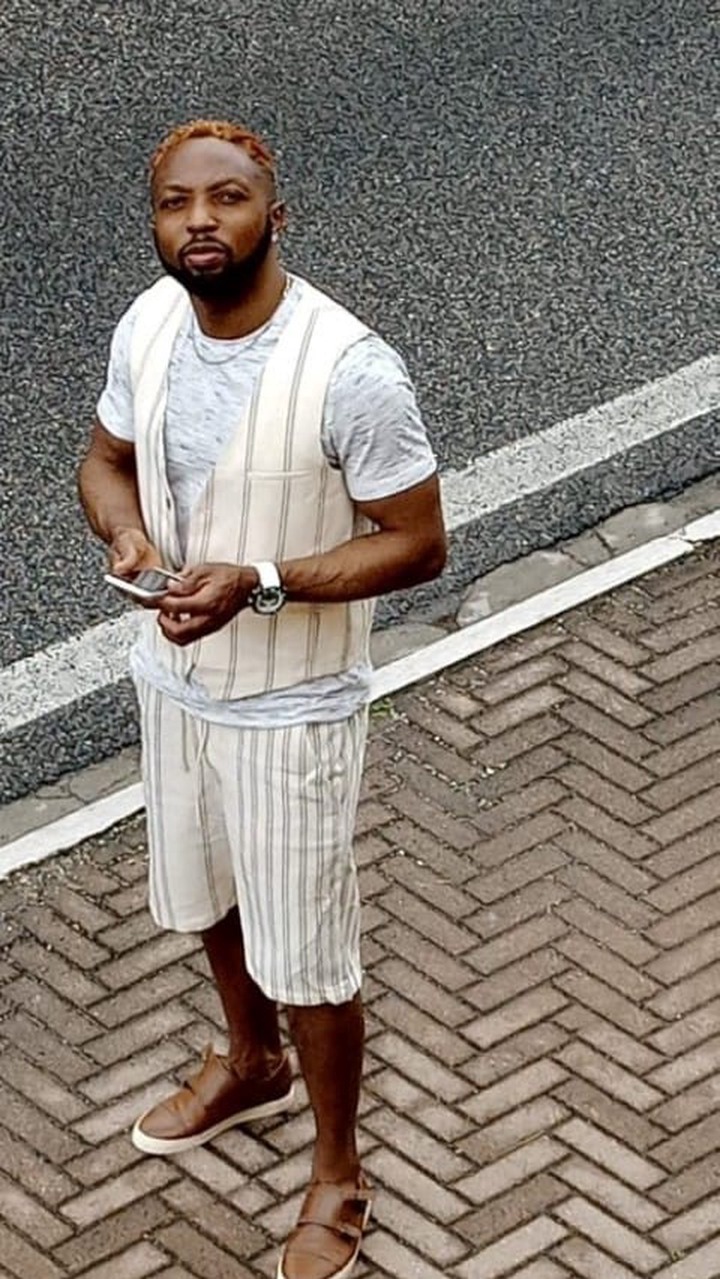 Ebeye senior stressed: “I want to thank everyone. I want to thank all the participating teams, coaches, referees, managers, journalists and other stakeholders for all your contributions towards the success of FRITISH Football Championship.

“I am using this medium to congratulate all the four semi-finalist teams. I wish you all good luck in your semi-final games. Hope to see the best two teams for the final on Saturday. Thank you and stay blessed. I remain loyal.”