By Bigshotz (self media writer) | 24 days ago

Cristiano Ronaldo has been in sensational form for Manchester United this season, and he is currently the club's leading scorer. 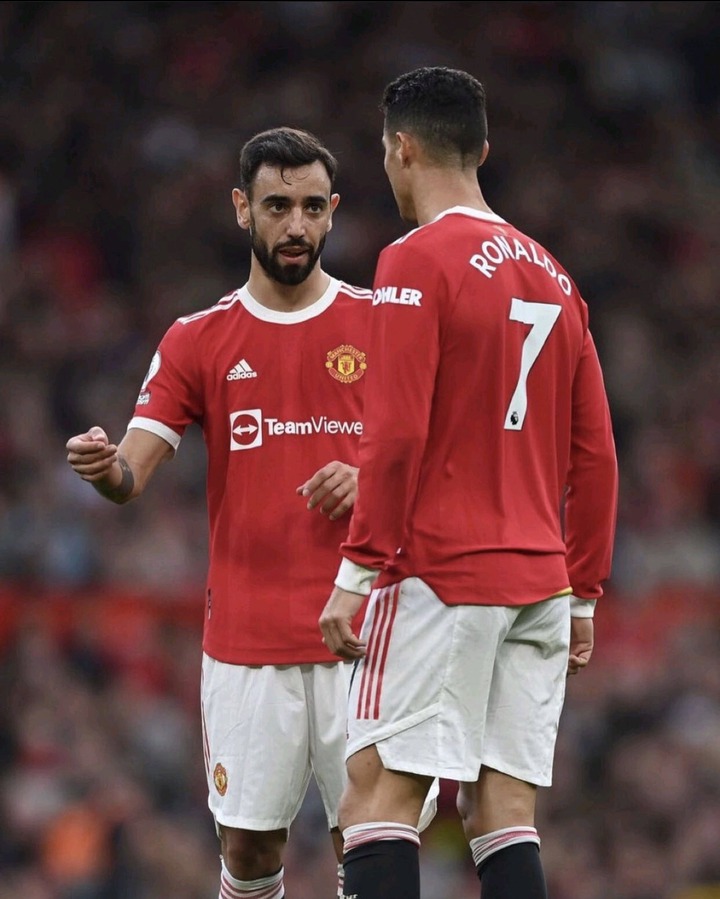 Despite the fact that his team has not been performing well this season, he has played 11 games and scored nine goals in all competitions, which is an excellent record considering the team's poor performance.

He has been able to save the squad on a number of occasions, which is why he is considered to be one of the top players in Europe over the last 10 years. With his significant comeback to the Premier League, he has maintained his fantastic form, and he has the potential to assist the Red Devils achieve incredible things this season, despite their difficulties in the league.

In comparison to his long-time adversary Lionel Messi, who has scored only three goals for Paris Saint-Germain this season, Ronaldo has performed far better thus far this season.

There are several outstanding players at Old Trafford who have also made a significant contribution this season, and some of them have continued to perform admirably despite the arrival of Cristiano Ronaldo. Brazilian playmaker Bruno Fernandes has made a significant contribution to the success of former Juventus striker Cristiano Ronaldo since joining Manchester United.

The majority of Bruno Fernandes' assists this season have been scored by Cristiano Ronaldo, demonstrating how effective the Portuguese pair has been in the attacking third. Whenever Ronaldo enters the box against his opponent, Bruno is on the lookout for his location.

Being members of the Portuguese national team, the two have developed a deep bond that could be attributed to their shared experience. They have brought that into the Manchester United squad.