Not every decision taken by a Referee in a football match is welcomed by the players, most especially the side which the decision goes against.

This is usually met with protests by these players, who sometimes express their dissatisfaction in a manner, some might categorize as unprofessional. 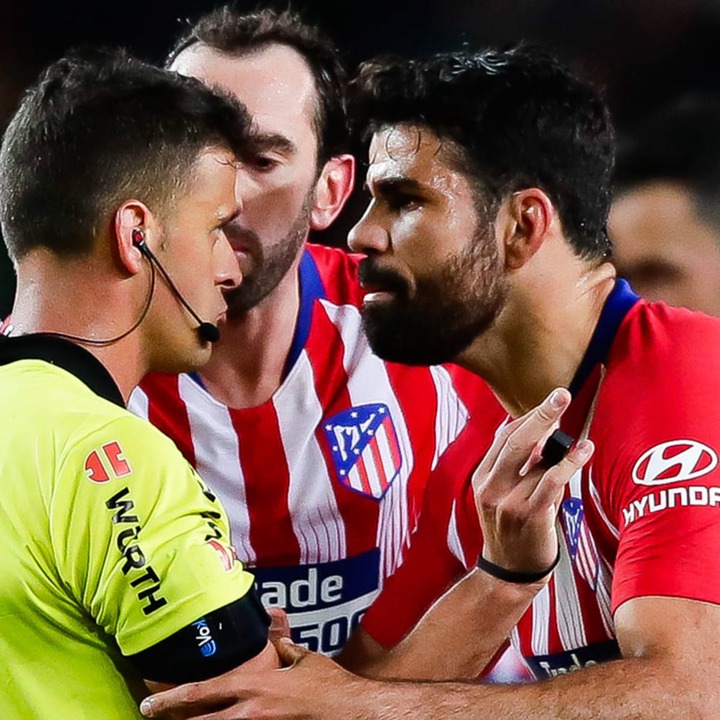 Diego Costa fell in trouble with La Liga authorities back in 2019, when he was accused by Referee, Jesús Gil Manzano, of using inappropriate words regarding his mother, during a match against FC Barcelona at the Nou Camp.

The official stated that the Spain forward hurled insults targeted at his mother, an allegation which the player denied, for awarding a decision that the player did not agree with. Ipswich Town midfielder, Alan Judge, and Referee Darren Drysdale had a near confrontation with each other before being separated by players, in a match between Ipswich Town and Northampton on 16 February, 2021.

The Referee and the player locked heads before players intervened to stop the situation from escalating. 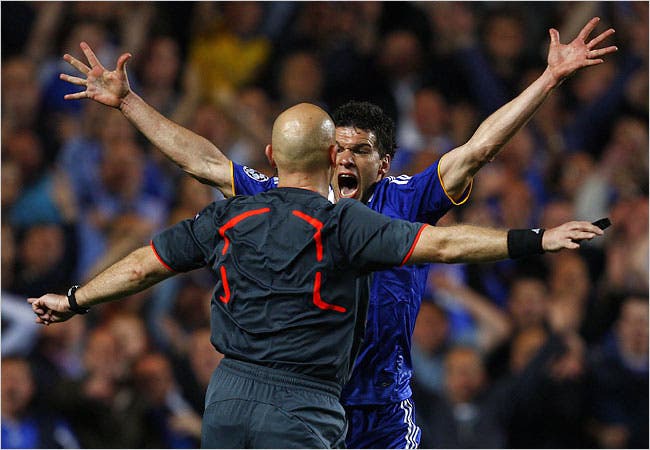 Former Chelsea midfielder, Michael Ballack, expressed dissatisfaction at Norwegian referee, Tom Hemming Ovrebo, over his decision not to award them a penalty kick in the UEFA Champions League semi-final between Chelsea and Barcelona in 2009.

Michael Ballack was seen chasing the referee halfway through the field and was vehemently protesting the decision.