COMPARISON: Between Hazard And Griezmann, Who's The Best? See Their Achievements.

One of the things that is done often in football is the comparison of football players.

Players are compared based on their performances, skills and abilities.

Thus, by doing so, the best player is determined.

Two players have now been compared together based on their performances.

Antoine Griezmann is a French professional footballer who plays as a forward for Spanish club Barcelona and the French national team.

Although the two players play in different wings/positions, yet, they are compared together.

On the other hand, Hazard, for this season, has played a total number of 21 games and has scored only a goal, with 7 assists. 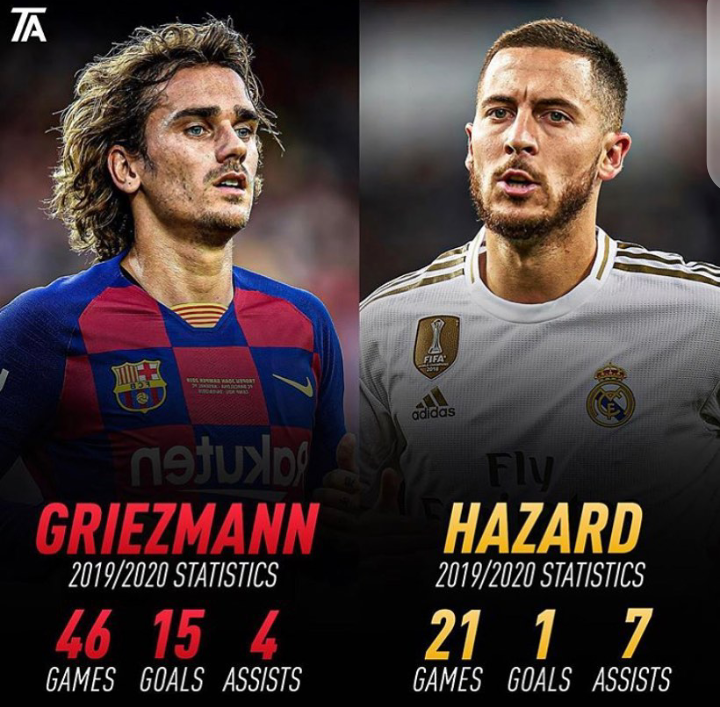