Liverpool are currently considering bringing in Steven Gerard to replace Jurgen Klopp.The german is thought to be the anointed heir to the heir of Joachim Low's position as germany head coach.This report anyway does not concern or have anything to do with Liverpool's current drop of form as the Liverpool hierarchy understands the injury crisis affecting Klopp's squad.Steven Gerard who played for the Liverpool team for years before retiring and then taking up a job as the Liverpool academy coach and then took up a job as Rangers head coach.The owners of Liverpool,John Henry and Tom Werner believe that Liverpool can be able to win the race for his signature ahead of other clubs considering his relationship with the club already.

Club legends like Daglish have voiced out his support for Gerard to take over the mantle when Klopp is gone citing his success in Scotland as something worth noting.Gerard is about to guide Rangers to a title triumph this season after a good job done already in Scotland. 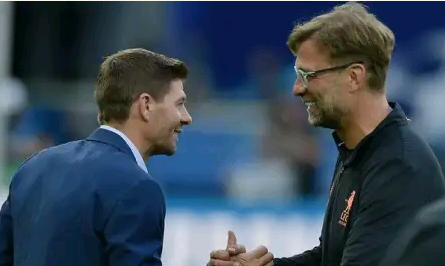 Content created and supplied by: Cadeau7 (via Opera News )