By ifines1 (self meida writer) | 1 months

well, let us go to the starting point of their story and how it all started!

THEY WHERE FRIENDS BEFORE TURNING TO FOES 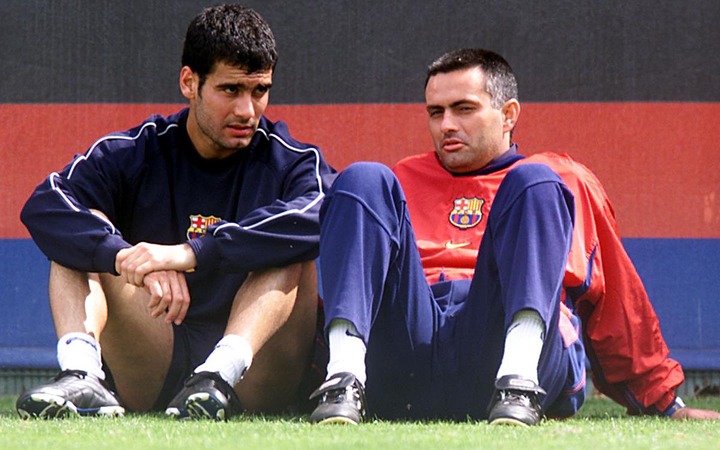 Pep Guardiola was a formal football player of Barcelona back in 1992, who later became the captain of the team in 1997 under then-manager Louis van Gaal. He was intelligent, witty, and promising until he had injuries which kept him out of play most of the 1997–98 season, but before the 1997–98 season,

But before then Barcelona had a manager in the person of Bobby Robson, who later hired a Young intelligent interpreter called José Mourinho because he could not speak Spanish hence he was an English man.

José Mourinho worked as an interpreter of Bobby Robson. And that was how He met Pep Guardiola. They became friends and will always sit and discuss football all time.

But Something was unusual about José Mourinho's translations, he will always go deep more than what the Manager had said and discussed the details concerning the strategies and plan of the game, and the Catalan media find this interesting and quite unusual.

After Bobby Robson left Barcelona and was replaced by Louis van Gal, Who wanted to keep José Mourinho as His scout. José Mourinho refused the offer and move out of Barcelona to Lisbon and became the head coach of Benfica after four (4) months without a job. well, his relationship with pep Guardiola was still intact and they were still friends despite the distance apart. 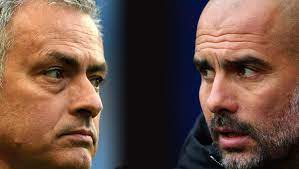 Now ten (10) years later in 2008, Barcelona needed a new head coach and José Mourinho was the favorite for the job, but before then Guardiola was the coach of Barcelona team (B) with Tito Vilanova (now late) as his assistant.

The fight to be the chosen one for the job was tough, but the then president of FC BARCELONA Joan Laporta decided to give the Job to Pep Guardiola instead of José Mourinho. That was the beginning of the war between the two formal friends. And the rivalry of the Talismen kick-started.

COME BACK TO SPAIN.

Two years later in 2010, Mourinho was appointed the head coach of Real Madrid FC after winning the Champions League with Internazionale Milano (Inter Milian) and beating Barcelona in the tournament. The hell was let loose once again as the el Clasico matches would come with their own taste of fight, struggles, gossips, and sometimes injuries to their players. They would always claim who is a better manager. 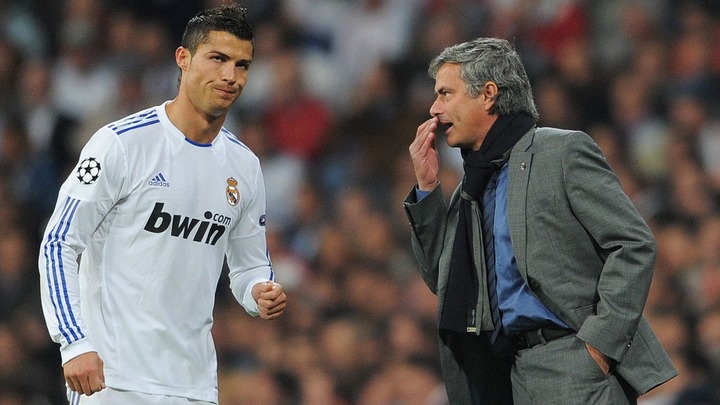 The rivalry didn't stop there after both managers left the Spanish football league and came to the English premier league, (actually, the second and third time for Mourinho. the first and second was at Chelsea, between 2004–2007 and 2013 - 2015). They still ended up in the same city of manchester, and the Manchester derby was also a war.

WHO IS BETTER A MANAGER AMONG THE TWO 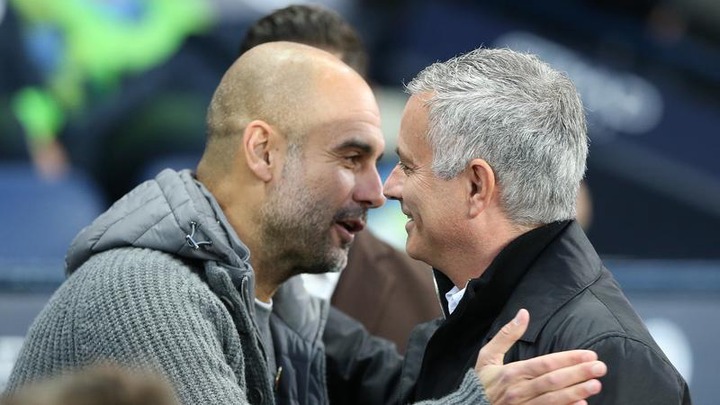 As they get older and their tactics fed away, one will keep wondering who the better manager is among the both of the two.

I will leave that for you to answer.

But the rejection for a Barcelona job will always hunt José Mourinho forever.

Content created and supplied by: ifines1 (via Opera News )

"My Friend Told Me To Follow Her To Her Brother's Place, I Refuse At First But Later Agreed "-Lady

I Don't Know Why My Wife Loves Me This Way, But I Believe It Is God That Is Working In My Life - Itu