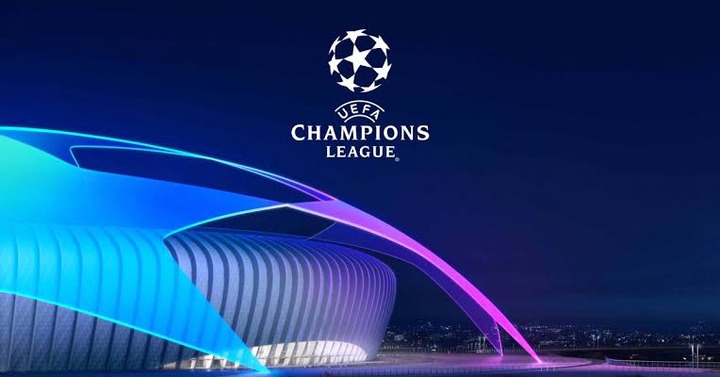 It was a wonderful UEFA champions league week, as some teams have secured their spots in their Group, while some still struggling, and some out of the league already.

However, some players have performed brilliant, having contribute earnestly to the success of their teams in the just concluded Champions league week games.

Some players have performed greatly in the course of the week, contributing to the success of their teams, and adding records to their names.

However, a question has popped up which has gotten football fans to react; debating who the player of the Week in the Champions League is.

The names on the list are Olivier Giroud, Can Kahveci, Romelu Lukaku, and Mergim Berisha. 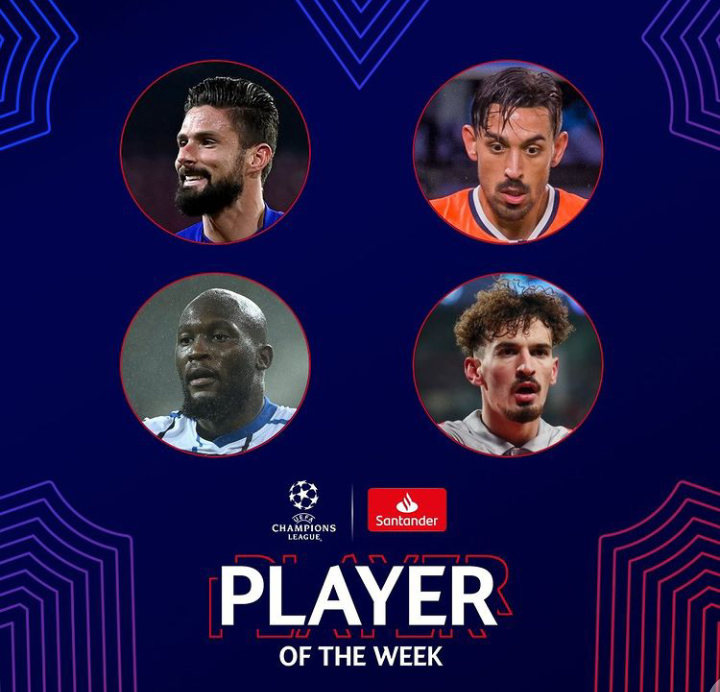 Irfan Can Kahveci is a Turkish footballer, and plays as a central midfielder for Istanbul Basaksehir. Irfan 32nd minute opener at Trabzonspor ended a run of four games without a goal for Instanbul. 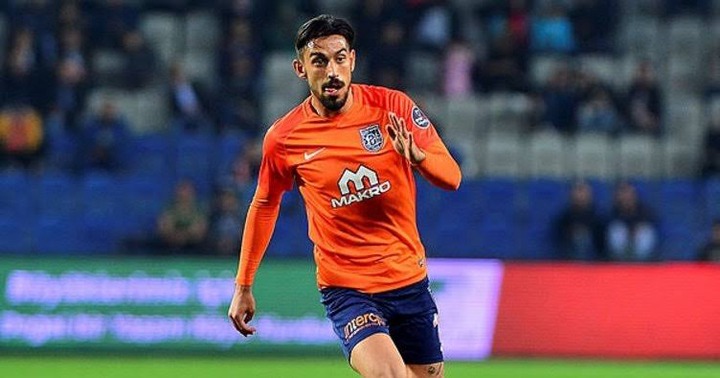 Kahveci scored a hat-trick in Istanbul's losing effort, becoming only the third player in Champions League history to score three goals in a game after Ronaldo and Bale.

Romelu Lukaku is a Belgian footballer who plays as a striker for Serie A club Inter Milan. Lukaku scored twice as Inter Milan kept alive their unlikely hopes of qualification for the Champions league last 16 with victory over Group B leaders Borussia Monchengladbach. 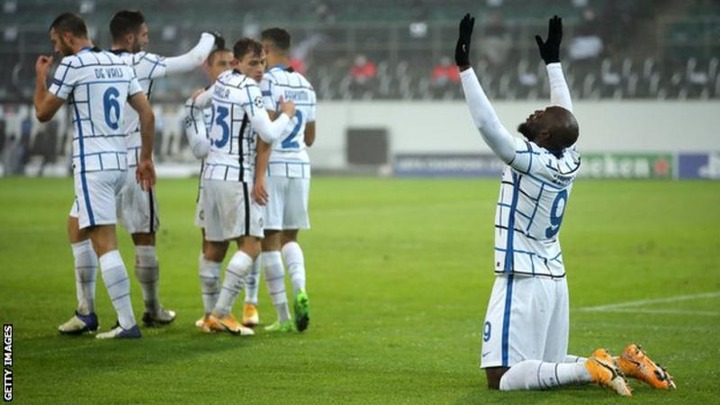 Mergim Berisha is a German footballer who plays as a forward for Red Bull Salzburg. Berisha double fires Salzburg to 3-1 win.

Mergim Berisha scored a brace in the first half to help his team win Salzburg 3-1 at Lokomotiv Moscow in the Champions league on Tuesday as the Austrian Champions kept their hopes of a round of 16 spot alive. 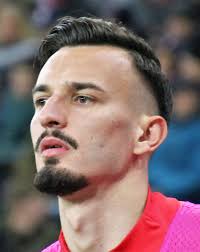 Olivier Giruod is a French footballer who plays as a striker for the London team, Chelsea. Olivier Giroud scored all the four goals in Chelsea's 4-0 win against Sevilla on Wednesday Champions League Night. 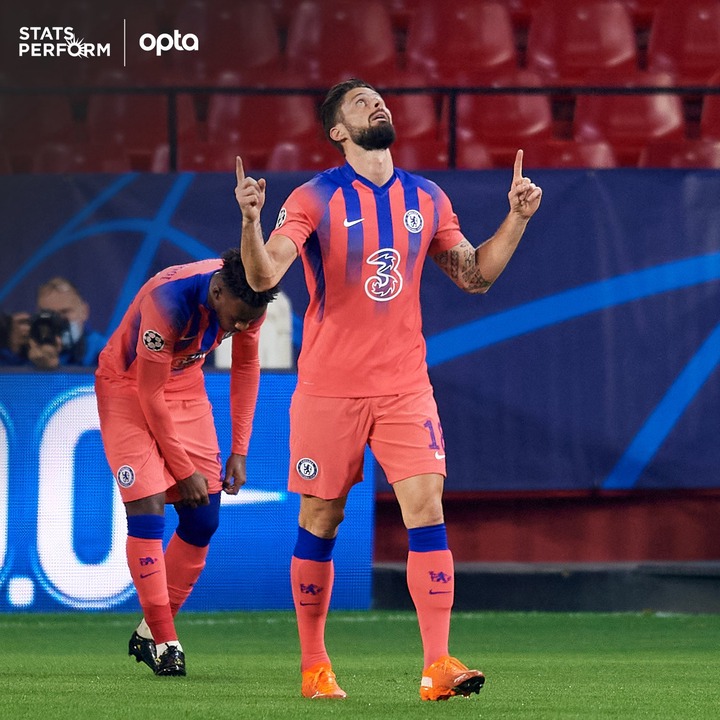 Giroud is the first Chelsea player to score four goals in a game since Frank Lampard, and the 34 year old star, is the oldest player in Champions league history to score a hat-trick since Real Madrid's Ferenc Puskas.

Moreover, some fans have reacted to the question on social media, giving their opinions on the UEFA Champions League player of the week.

Some fans actually preferred Neymar as the player of the week, but most reacted to based on the above listed names.

One of the fans wrote:

"I am not a Chelsea fan, but Giroud 100 percent deserves it, underrated and class." @kieran_sg

See other reactions below: 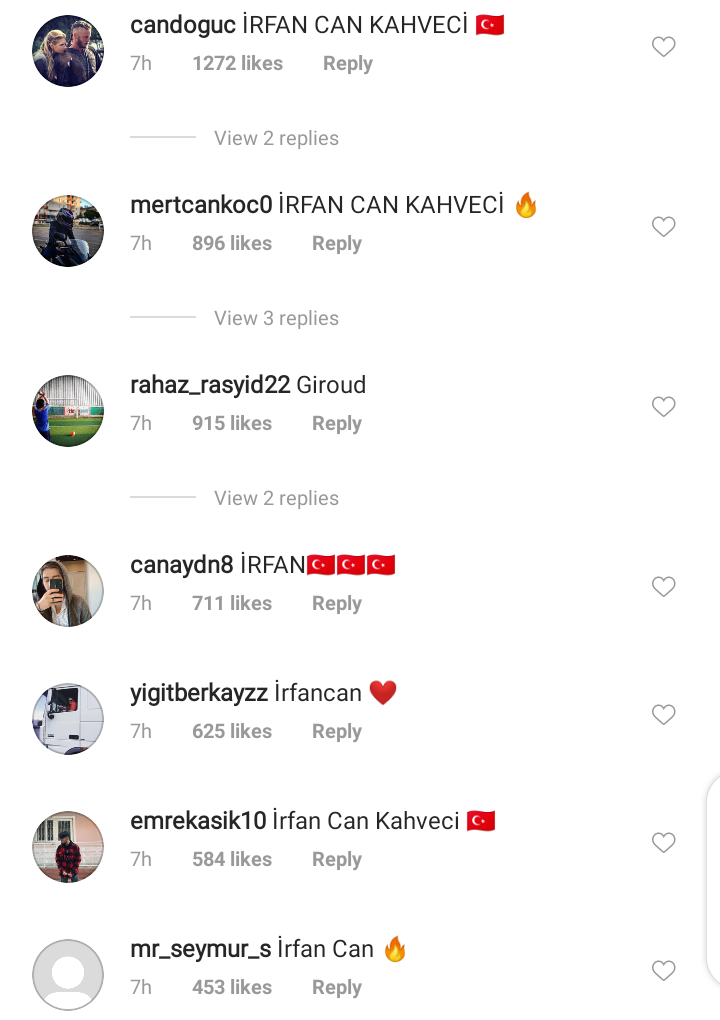 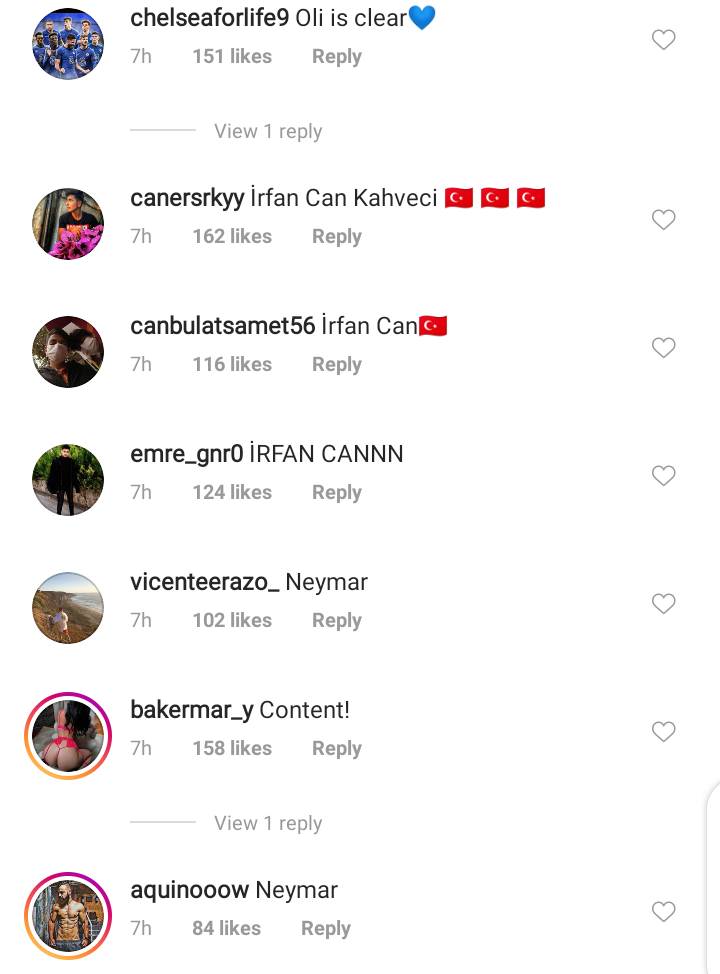 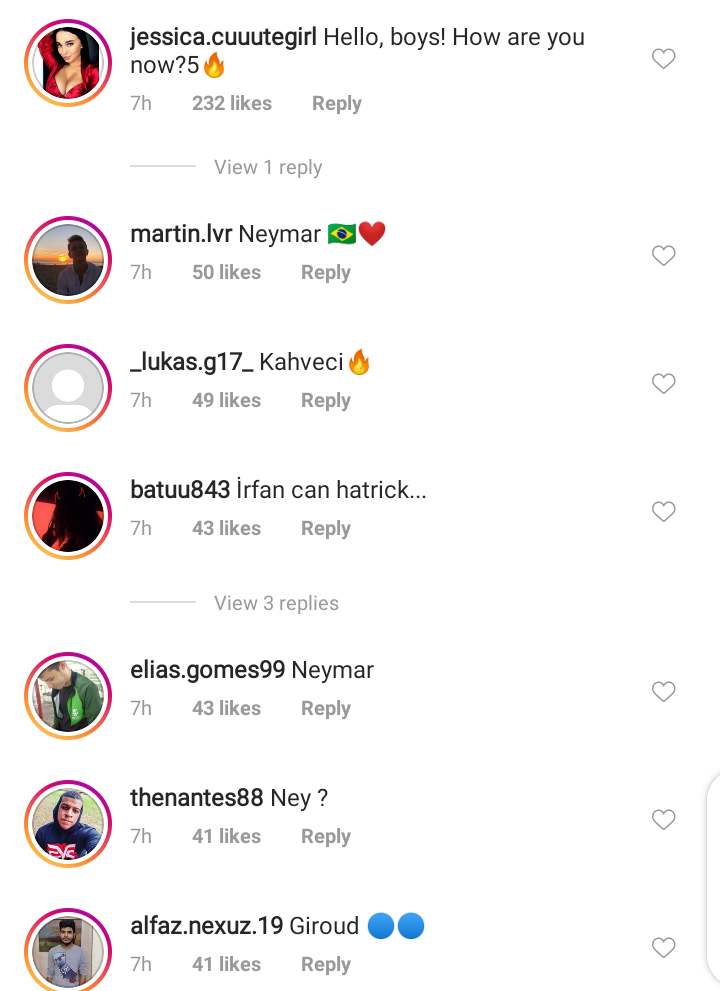 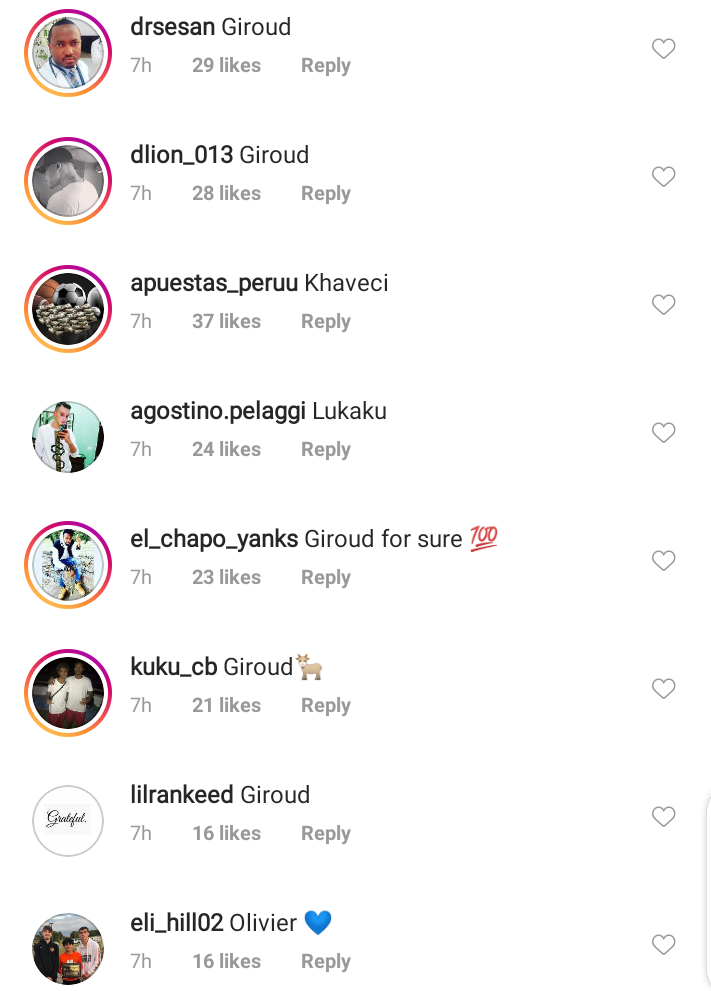 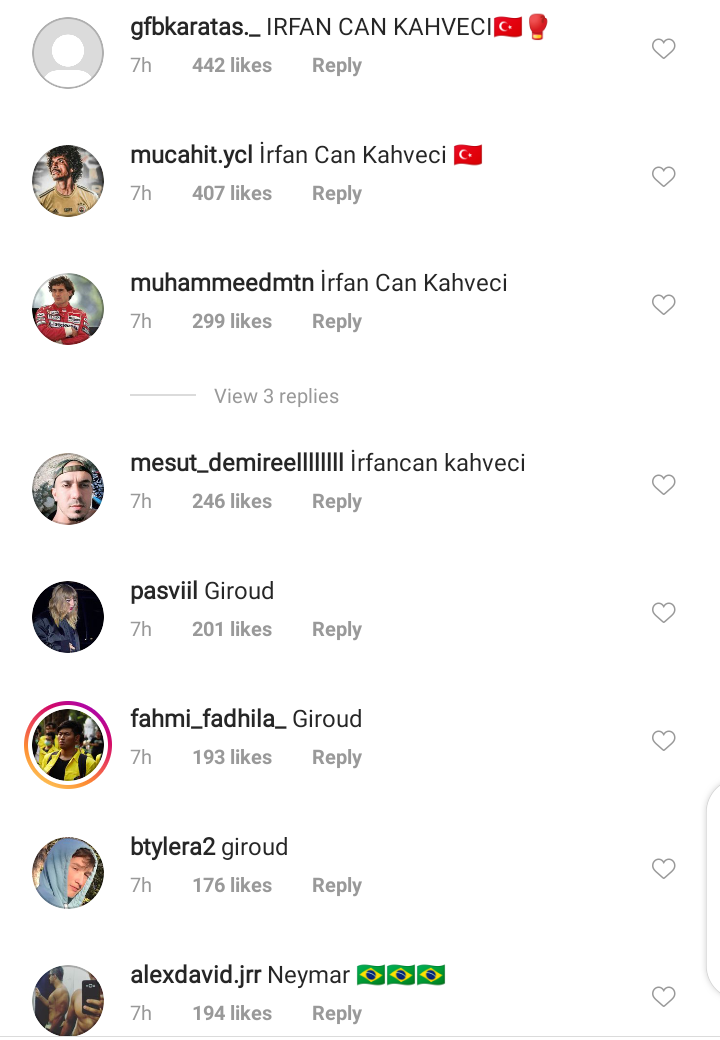 Who is your Champions League player of the Week?

Content created and supplied by: Feranmi1028 (via Opera News )