Analysis: Why Manchester City should pursue Caglar Soyuncu this summer 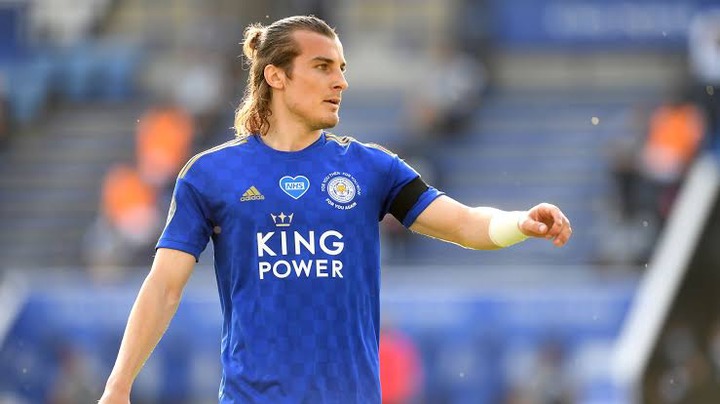 The 24-year-old centre-back, Caglar Soyincu is one of the many success stories at Leicester this season, seizing the opportunity handed to him by Rodgers to fill the void left by Harry Maguire’s sale to ,Manchester United at the heart of the Foxes’ defence.

When Harry Maguire was sold to Manchester United in August 2019, many wondered who would be able to fill the centre-back position at Leicester City alongside Jonny Evans as the Foxes moved into Brendan Rodgers’ first full season in charge. But Turkish international Caglar Soyuncu, who endured a challenging maiden campaign at King Power Stadium, has made that position his own since the opening game of the campaign against Wolverhampton Wanderers.

Following the departure of Maguire for a reported club-record sale, Soyuncu has stepped up and put in some terrific displays – many to the surprise of a few Leicester supporters this term. As well as standing out with his personal performances, the defender has helped the Foxes up to a 4th spot in the Premier League with a strong chance of featuring in European football next season.

The player’s partnership at the heart of defence with the experienced Evans has been vital, and the ex-West Bromwich Albion ace has helped Söyüncü develop his game into a composed but fierce defender. Leicester have conceded the third-least league goals this term. The intelligent play of the back four means that, as Soyuncu moves forwards, Evans can cover the gap in the defence more fluidly by acting as a sweeper until the formation is restored. The risk is that the opposition forward exploits the area marked, gambling that the defender gets beaten in the air. Soyuncu’s aerial dominance this season has frustrated opponents, averaging a 68% success rate in the aerial battles.

The man’s ability to react to the play as it unfolds separates him from his partner and makes him one of the best centre-backs in the league this season. The fluidity of his play and the ability to roam ,comes from the tactical decision-making in the 4-1-4-1 formation.

It is unusual to see a centre-half pairing performing so well with such little game time. As a senior player in the squad, this is a testament to Jonny Evans’ leadership and his command of the defensive line. Having spent a year warming the bench in 2018/19, Caglar understands the system and has stepped in with ease.

The best defenders can support the offence and are dangerous as target men at set-pieces. As a centre-half, there has been little evidence of support to set-pieces since his arrival at Leicester City. However, following his display against Crystal Palace earlier in the season, he was a significant threat and scored his first goal for the club.

Defensively, Soyuncu is already performing well but he ought to focus on delivering greater support to the offensive play, particularly when he has the space and the time to pick a pass. A ball over the top to the runner or perhaps passing to the opposite wing with three players in sight, can always be the better option instead of playing it safe and passing back to the goalkeeper.

Caglar Soyuncu is a top quality player and is the in-form centre half in the Premier League. However, he needs to develop his support to the offensive build-up play and offer a greater goal threat from attacking set-pieces. This would really be the icing on, the cake and would move him into the upper echelons of the game.

Manchester City have been linked, with the Turkish international as their defensive woes continue. This can be a very good option for Pep’s side and he surely has the ability to be a first team player at Manchester City. There has been no complaints, about his defensive duties and he will surely improve his passing game at Man City. It all depends on Pep at the moment; whether he is willing to trust the injury prone pair of Laporte and Stones for another season or is going to reinforce the defensive areas.