Manchester United may have to pay more than they want to in order to sign Jadon Sancho from Borussia Dortmund this summer.

Manchester United's executive vice chairman Ed Woodward has reportedly decided that the club will not pay more than £70million for any individual player this summer. The Old Trafford hierarchy are expected to spend big this summer with Jadon Sancho at the top of their shortlist.

Ole Gunnar Solskjaer knows that this could be the perfect time to eat up ground on Liverpool and Manchester City at the top of the Premier League. 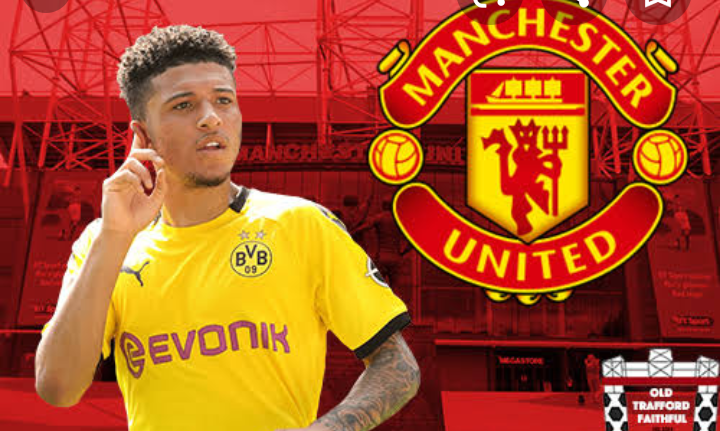 First of all he will have to secure a top four finish, with the race for Champions League football set to go to a final day showdown with Leicester City at the King Power Stadium.

The COVID-19 crisis is likely to limit spending from other clubs but United are prepared to go the extra mile to gain an advantage on their fellow rivals.

Woodward is believed to have taken out a loan of £140million to spend on transfers this summer with the club looking to bolster their ranks once the Premier League season is completed.

United have decided that they will not be paying upwards of £70m for any individual in the coming months.

That does of course include Sancho, who is undoubtably the club's leading target ahead of the opening of the window on July 27.

There has been some suggestion that United are only prepared to pay £50m to land the 20-year-old but Borussia Dortmund have made them aware that he will cost much more than that.

They value Sancho at over £100m and are quite clear that they will not be accepting offers way below that mark as they look to spark a bidding war.

One thing that does bode well for United is that Sancho wants to join them and personal terms will not prove to be a problem if they can strike an agreement over the fee.

Earlier this week on the High Performance podcast, Solskjaer hinted that he has spoken to Marcus Rashford and Harry Maguire about Sancho's character in the England set up.

"I think for English internationals, for example, you speak to Marcus [Rashford]," Solskjaer said.

"'What do you think of such and such team mate of yours? Do you think he’ll fit?'"

Manchester United are looking to recoup significant funds through sales as Solskjaer looks to move several stars on.

Jesse Lingard and Phil Jones are reportedly attracting interest from West Ham while Marcos Rojo is set to stay in Argentina, where he's been on loan.

Andreas Pereira's time at the club could also be up, while Roma are looking to secure a permanent deal for Chris Smalling.

Should United bring in enough money, there is every chance their supposed stance on signing players over £70m may change.

Ole Gunnar Solskjaer is also believed to be in the market for a left footed centre back, having joked with Nathan Ake that he was on the lookout following United's 5-2 win over Bournemouth.

Chelsea manager Frank Lampard has confirmed that N’Golo Kante will not be available for Sunday’s FA Cup semi-final against Manchester United.

Speaking at his pre match press conference, Frank Lampard said that Kante was not the only doubt for the behind closed doors match at Wembley.

‘Other than that, we have a few people with little niggles, which I’ll monitor over the next 24 hours or so and then we’ll be ready to go.’

Kante is of huge importance to Chelsea so it is a great boost to the Red Devils that he will be missing.

United have reported no fresh injuries after last night’s win against Crystal Palace, although Manchester united football club manager Ole Gunnar Solskjaer does not face the press until 10.30am tomorrow morning.

Liverpool have reportedly 'agreed terms' with Thiago Alcantara after Klopp 'approved a move', the Victor Osimhen saga has a new twist and there's a Xherdan Shaqiri contract offer.

Kasimpasa Anil Koc claims he rejected a move to Liverpool when he was 16.

The 25-year-old says he visited the training facilities on Merseyside but eventually decided to remain in Belgium where he was at Standard Liege.

“Yes, I could have joined the Reds

“I even visited the facilities, but Standard and Luciano D’Onofrio knocked on my door with a good career plan and I finally stayed in Belgium.

“I doubted myself during that complicated period, and wanted to leave Belgium to find myself again.”

Koc currently turns out for Kasimpasa in the Turkish Super Lig and also had a spell with Charlton Athletic.

Bild reported today that Jurgen Klopp has asked for Thiago to be added to his squad at Anfield this summer.

Fjortoft also claims Klopp asking for the Bayern Munich star would be equivalent of asking your wife for a supercar when you already have several in the garage.

Michael Owen believes both Manchester United and Chelsea will be held on Sunday while have confident victory over United in their last match against Crystal Palace.

While Michael Owen said Manchester city will definitely fight for final against Arsenal on Saturday due to their focused on FA Cup And Championship.

What Is your opinion over Michael Owen Prediction and Kante out of FA Cup semi final Against Manchester United?