Club expecting£109m from Man United for star, but only if Reds qualify for Champions League: report 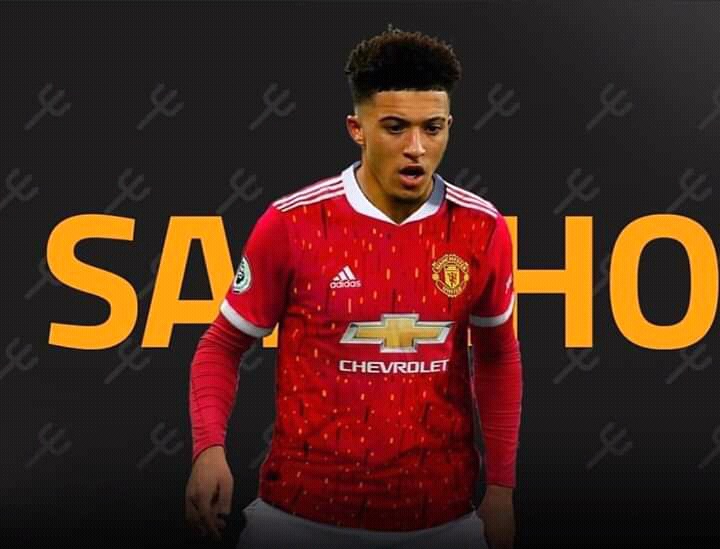 A Jadon Sancho transfer has definitely been our most-covered story as we approach the business end of the 2019/20 term. Over the last 24 hours, we’ve been given another update in that regard.

The story comes from Bild journalist Christian Falk, who took to Twitter yesterday to offer the latest.

Apparently, Borussia Dortmund is ‘expecting’ a £109 (€120m) offer from United for their star, however, they add a rather large caveat. That bid will only arrive if United qualify for next season’s Champions League…

As you’d expect, the premiere players want to be showcasing their talents in the biggest competitions. Sancho is seemingly no different.

It also could relate to United’s financial situation. After all, the Champions League is far more lucrative than the Europa League. Qualification would offer the 20-time Premier League champions more money to spend going into an all-important summer transfer window.

Spanish newspaper AS report Alvaro will sign a four-year contract with United.

Alvaro has reportedly decided on a move to United after deciding not to renew his Real deal which expired on June 30.

Real’s website describes Alvaro: “He is a quality defender and good at taking the ball from behind. He stands out technically and for his intelligence on the field. He is difficult to beat one on one.”

Alvaro is not the only Spanish youngster set to sign for United this summer.

United also have a deal in place for Norwegian youngster Isak Hansen-Aaroen to join the club when he turns 16 on August 20.

The Manchester Evening News reported this one last summer, and Hansen-Aaroen made his professional debut for Tromso earlier this month.

United also have a deal in place to sign Czech goalkeeper Radek Vitek, Sigmy Olomouc confirmed on their official website in April.

Not all of these players may end up making it at United, but the club are going to take as many shots as possible.

The encouraging progress of Hannibal Mejbri, signed last year from Monaco at 16 and already an under-23s regular, will provide inspiration for the new batch of additions. 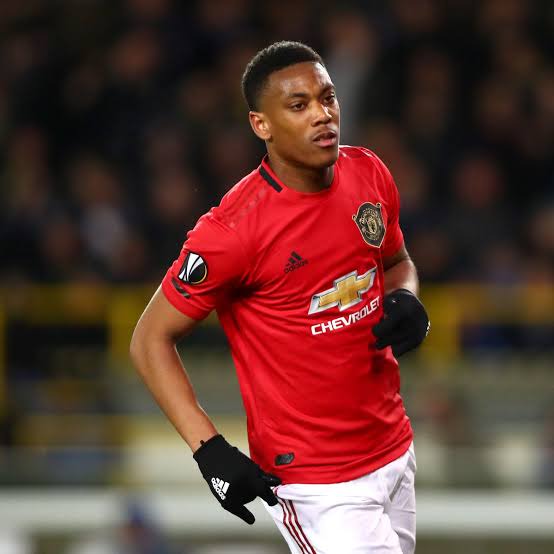 Anthony Martial has revealed the challenge laid down to him by Ole Gunnar Solskjaer that inspired his superb season for Manchester United.

The Frenchman is on 21 goals in all competitions and has been driven by the need to do justice to the famous No 9 shirt.

Martial told Canal Plus: 'He [Solskjaer] sent me a message, he said “do you want to take your No.9 shirt back?”

‘I straight up said yes! I said yes and he told me now it’s up to you to show me [that you deserve it] every time you’re on the pitch.’

Martial previously wore the No 9 before it was given to Zlatan Ibrahimovic by Jose Mourinho when the Swedish star arrived at the club.

It was then handed back to Martial last summer and the 24-year-old is enjoying his best campaign for the Old Trafford club.

Solskjaer has been delighted with the striker's progress, saying this week: 'He’s definitely developing, improving and he’s enjoying his football.’

'He’s stepped it up this season, I feel, both as an individual and more so as a team player, and physically.

'I remember there were talks about our forwards last season being the least active and there were some stats flying around but Anthony is now working really hard for the team and he is a quality, quality finisher.'

Martial showed his class in the 2-2 draw against Southampton, scoring a sensational goal after cutting in from the left flank.

He will be looking to add to his tally on Thursday evening as United face Crystal Palace.

They remain level on points with Leicester but lie fifth on goal difference.

Man City to compete with Barcelona for Lautaro Martinez 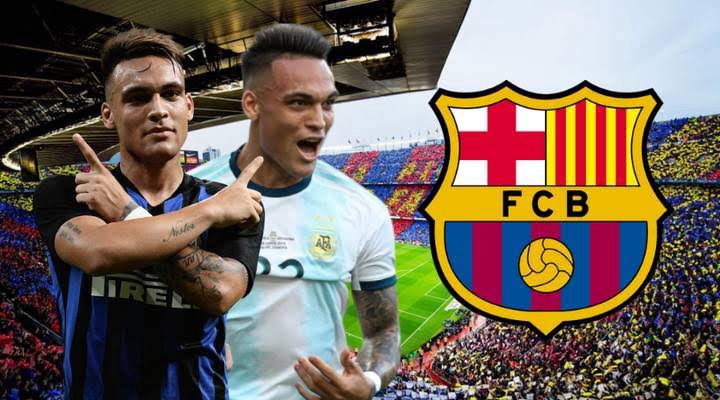 Manchester City have identified Lautaro Martinez as a long-term replacement for Sergio Aguero.

The 22-year-old is reportedly refusing to sign a new contract with Inter and has attracted major Interest from Barcelona who, prior to lockdown, were willing to pay his £98.5m release clause.

Now, according to Sky Sports, City have entered the race to claim his signature, with Pep Guardiola set to be given significant transfer funds this summer after they lost the Premier League to Liverpool.

Any major spending at City may have been dependant on them featuring in the Champions League for the next couple of seasons, as they had previously been banned from the competition for breaching Financial Fair Play rules.

However, earlier this week that ban was lifted, which put to rest any notion of an exodus of key players or Guardiola himself, while it allows them to continue to spend freely.

Martinez has scored 13 goals in 29 appearances in Serie A this summer, with his form taking a slight dip at the turn of the year after a stellar first six months of the 2019/20 campaign.

His performances this season have earned him a

Both Barcelona and Man City view the Argentine as a replacement for one of their current stars, with Luis Suarez now 33-years-old and Aguero now 32, while the latter is once again out injured.

Guardiola has also recognised the need for improvement in his defence also, and could look to bring in David Alaba from former club Bayern and potentially Kalidou Koulibaly from Napoli.