Thierry Henry: The making of a legend 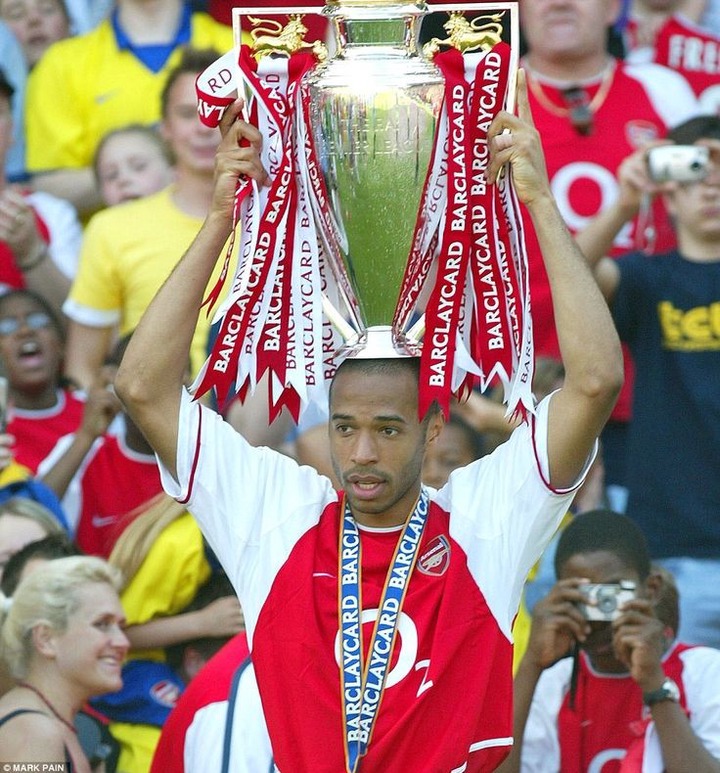 As one of the kids growing up in this heritage, Thierry Daniel Henry never saw him becoming a symbol of the neighborhood, at least when he was forced to get into football by his Antillean father, Antoine. Nor did he dreamt of becoming an era-defining figure of one of the world’s biggest clubs with a fellow Frenchman in charge. 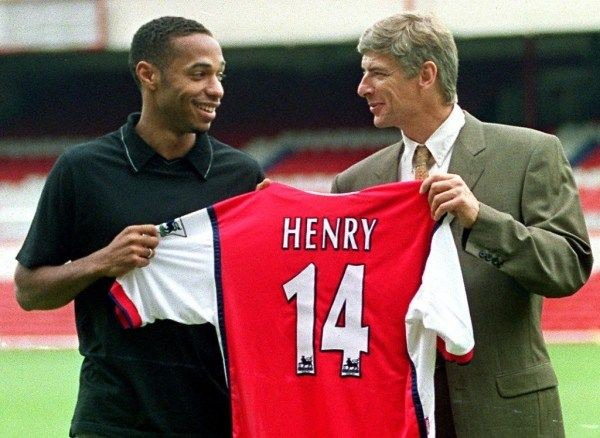 For fans and commentator Jon Champion, the 9th of January 2012 was more than just a regular FA Cup tie at the Emirates. Arsène Wenger’s men were out on the pitch fighting for a place in the fourth round against Leeds. However, all eyes were fixed at one-person — King Thierry Henry.

When Thierry Henry finished a sublime winning-goal past, Andy Lonergan, in the 78th minute — 10 minutes after coming off the bench, meant everything for Arsenal fans. For the Gunners in their 30’s, the goal was a trip to memory lane — an anecdote of everything they witnessed from 1999–2007 at Highbury. Although it lasted six weeks, too short of putting it, Gunners lived every moment that King Henry made in his second spell at his beloved London arc.

Many of us here know Thierry Henry’s impact and legacy at Arsenal — including the squad that brought home the first and the only golden silverware back. This story, however, will be about him before Arsenal — one of the rare stories on how legends of caliber like Henry are made.

Henry, despite being born in a low-income household, was always involved in athletics with his father insisting he’d succeed seeing his physique. Taller and fitter than most of his age, he joined Viry-Chatillon’s U-15 team and went on to score 77 goals for the side in just 26 appearances.

Impressive performance at the youth level meant some great attention for the young French striker. At the mere age of 13, Arnold Catalano, then scout for Arsene Wenger’s Monaco, noticed the Parisian striker. At the top of his game, Henry scored all six in his team’s 6–0 win when Catalano first came to see him. With Catalano’s recommendations and promise of taking him to Monaco someday, Henry was one of the 25 boys selected to join the elite INF Clairefontaine academy just before his fourteenth birthday.

Quick and smart, Henry was a part of the Clairefontaine batch that included the likes of Nicolas Anelka, William Gallas, and Louis Saha. Despite being a part of a highly-competitive bunch of players, Henry, as a left-winger was right enough to join Arsene Wenger’s Monaco after graduating from French football’s first academy.

The wait wasn’t a long one. Wenger was always optimistic when it came to Henry and reflected his belief in every way possible. A 17-year-old Thierry Henry made his professional debut for Monaco on 31st of August 1994, in a 2–0 loss to Nice. He remained a left-winger at Monaco as a young, quick, and lethal attacker alongside Brazilian star striker Sonny Anderson. However, following a series of poor performances that Monaco endured, Arsene Wenger parted ways with the club, just 14 days after Thierry Henry was given a debut at Stade Louis II.

Alongside his booming club career, Henry led the French National U-18 team to European glory in its home soil. Scoring 7 goals in the tournament, Henry’s pathway to the elite squad was now paved. Most importantly, Henry was proving himself more as the days passed. Accolades started coming in, as he was crowned the French Young Footballer of the Year in 1996.

Henry’s development curve didn’t seem to steamroll at all. The 1996/97 season saw a 19-year-old Henry lead Monaco to domestic glory as he scored nine off his 36 Ligue 1 appearances that season. Similarly, his staging continued to peak, as he put up an instrumental show in the following season. Henry scored seven goals in the UEFA Champions League, on the way to a CL Semi-final exit. His instrumental display of pace, power, and composure attracted eyes from all over the world. In addition to scoring a French record number of goals in the European stage, Henry made his way to Aimé Étienne Jacquet’s 1998 World Cup squad.

The 1998 expedition, for Henry and France, was terrific. The 21-year-old shared a dressing room full of the biggest footballing stars of the time — Patrick Viera, Laurent Blanc, Marcel Desailly, Robert Pires, Lilian Thuram, Fabian Barthez, Emmanuel Petit, and Juventus’ star Zinedine Zidane. Thierry Henry netted three goals for the Les Blues in the tournament, being the highest French scorer. The French National Team clinched the title in their soil, a similar achievement Henry enjoyed with the U-18 side two years earlier. Besides, the 3–0 victory in the final against Brazil came just two days before Bastille Day, the national day of France. The Republic roistered under the Eiffel for days. Finally, the golden generation has brought the glory home.

After the World Cup-winning campaign, Thierry Henry was awarded the Chevalier of the Legion d’ Honneur — the highest French civil order of merit — established by Napoleon Bonaparte himself in 1802 AD.

Coltish and graceful, Thierry Henry now had some serious offers on the table. Spanish giants Real Madrid came in knocking in midway through the 1998/99 season. With all the clauses agreed, he was going to be donning the Blancos, until an intervention took place. Just as Real Madrid were ready to welcome Henry at the capital, Henry’s father interfered with canceling the contract. Real Madrid president at the time, Lorenzo Sanz recalls the proximity of the deal, saying only the papers were remaining. “Henry played at Monaco. We convinced him to sign with us, and he signed the contract,” Sanz recalled in an interview.

“When we had him on the plane to come to Madrid, the father arrived and said he could not leave and that he was afraid of the president of Monaco.”

The news didn’t end up well for Henry. Monaco were upset with the deal, and Henry had a fallout with the club; he enjoyed 20 goals and 105 appearances.

After falling out with both Monaco and Real Madrid, Henry made his way to the Serie A, signing a deal with Juventus in 1999. The £10.5 million deal enabled Henry to play alongside his French colleague Zinedine Zidane, who had already established himself as a graceful midfielder. However, things weren’t simple for Thierry Henry in Italy. His compatibility at Turin was not visible, and the Parisian made just 16 appearances, netting three goals in the process. The Frenchman later explained he also has a fallout with the club director and wanted to move somewhere else to get a breathing space and get back to playing atop yet again.

After a frustrating half-season in Italy, Henry finally saw an escape from the misery. Arsenal, a team playing their own brand of football under Henry’s mentor Arsene Wenger, forged an £11 million deal with Juventus for Thierry Henry. Arsene Wenger, after losing out Nicolas Anelka, decided to welcome the same gem he furnished at Monaco. With high hopes of putting up a show, Henry graciously headed to Highbury for a reunion with his mentor Wenger, the man whom he got to play under for just 14 days at the professional level.

And the rest, as they say, is history.