By olusolasportspedal (self meida writer) | 14 days

İlkay Gündoğan, the Manchester City midfielder, has Questioned the impact of the additional games that comes with the " new UEFA Champions League' on players health in his latest Twitter post. 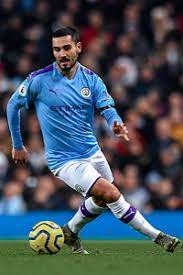 And this is generating reactions from the users of the microblogging app advancing the discussion on the European Super League, ESL, and the new UEFA Champions league format.

The German asked rhetorically, " With all the Super League stuff going on... can we please also speak about the new Champions League format?

And concluded by calling the new UEFA Champions League a lesser evil compared to the Super League.

"The new UCL format is just the lesser of the two evils in comparison to the Super League," IIkay wrote on Twitter. 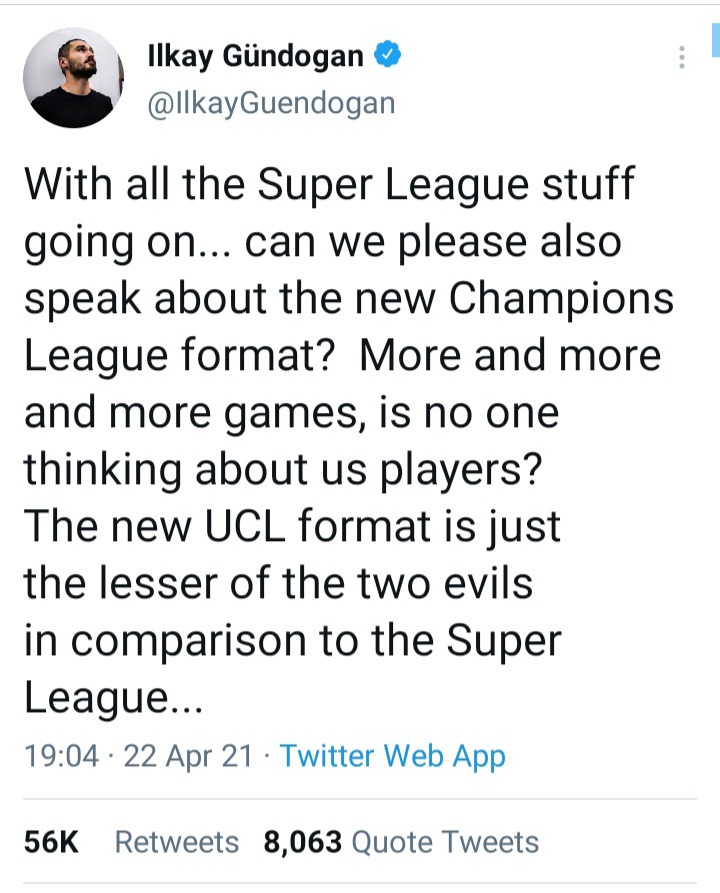 The post has generated lots of reactions with many users of the app who reacted to the post deriding players saying they are well paid to justify the rigours that will come with an increase in several games that will come with the introduction of the UEFA Champions League's new format come 2024.

Here are some of the reactions 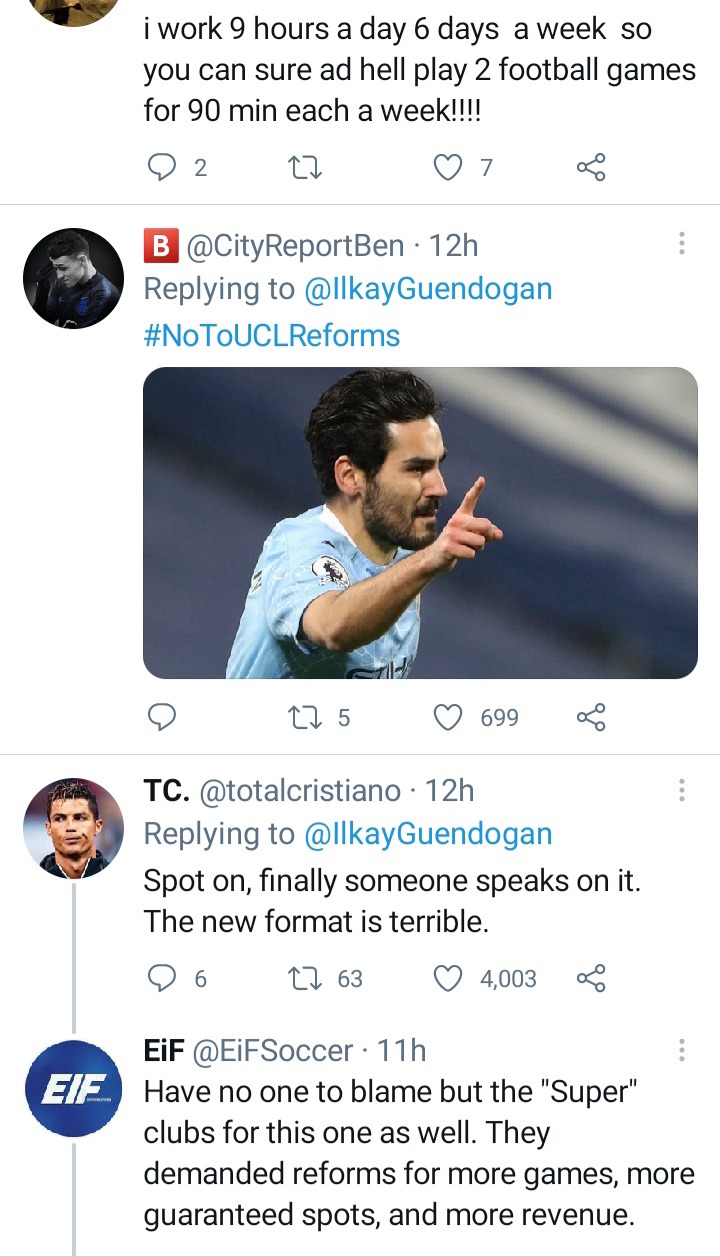 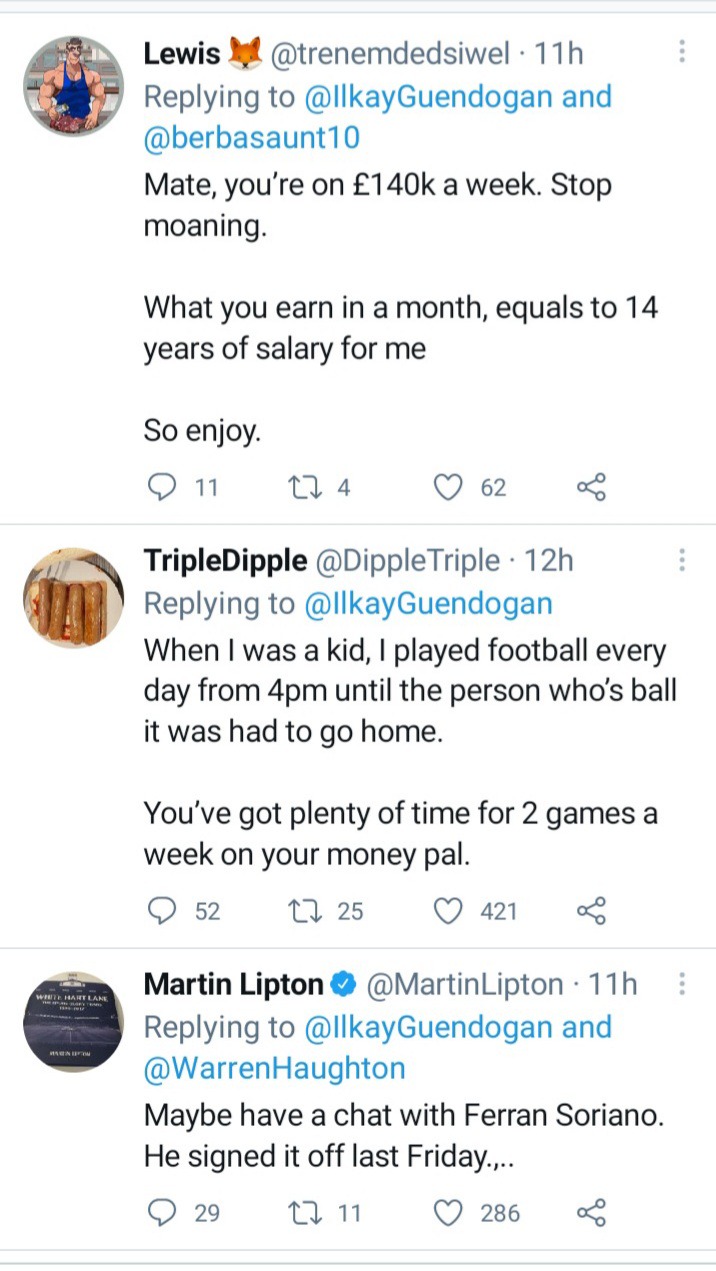 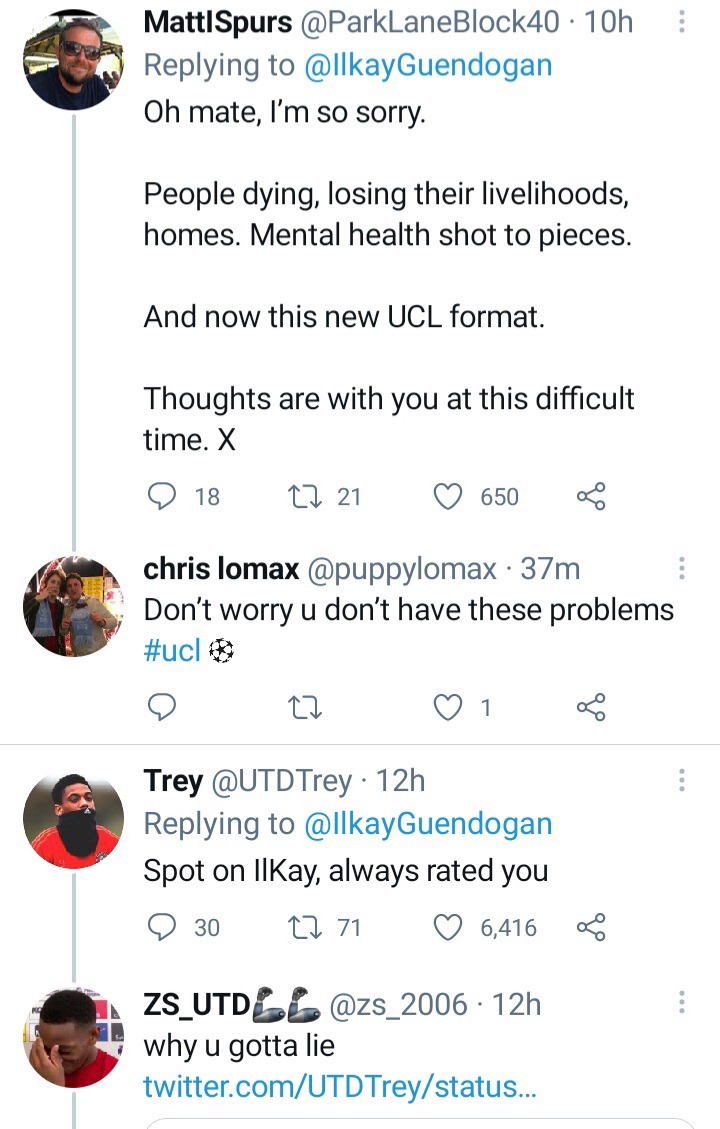 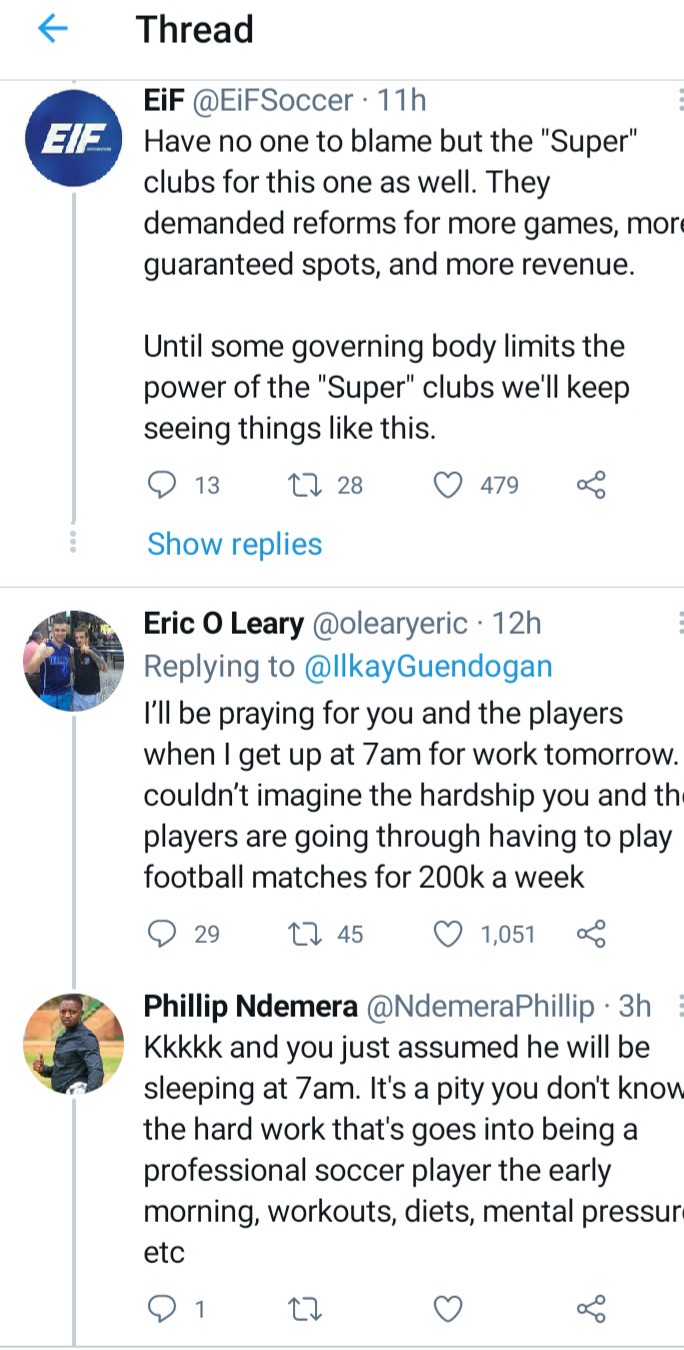 The week started with a " Civil War" in the European football community with the announcement of the European Super League, ESL, by twelve top clubs in Europe.

The remaining three are AC Millan, Inter Mian and Juventus from the Italian Seria A.

The Europa Super League promises juicy start off packages for these 12 teams, including guaranteed continuous participation in the league as no relegation will be allowed from the league among others "better than" the existing standards in UEFA Champions League. 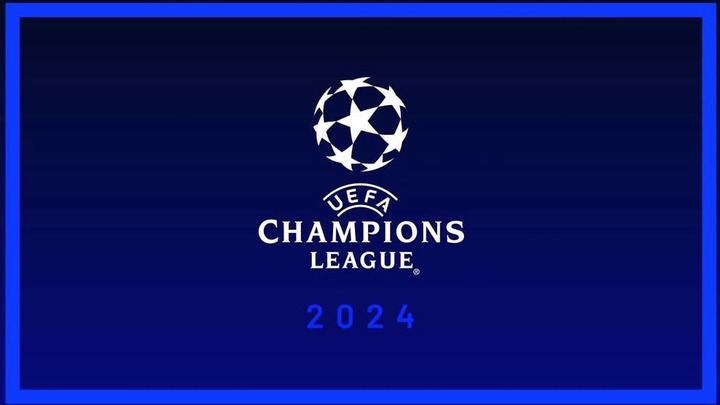 But sustained pressure from within and outside UEFA especially the fans, the Super League collapse before the August date kick as the top 6 teams from England announced their exits, followed by AC Milan, Inter Milan and Athletico Madrid in less than 24 hours.

The new format which will kick off in the 2024/2025 season will see additional 4 teams to the existing 32 teams making it 36 teams. 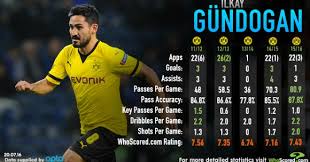 İlkay Gündoğan is a German professional footballer who plays as a midfielder for Premier League club Manchester City and the Germany national team.

He joined the Citizens from Bundesliga side Borussia Dortmund in 2016 with a transfer fee of £21 million. 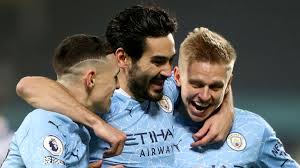 What's your take on IIkay's concerns?