In yesterday's Monday Night football, there was a heated argument between Liverpool legend, Jamie Carragher and his fellow pundit, Gary Neville on who they think the greatest player of all time is. 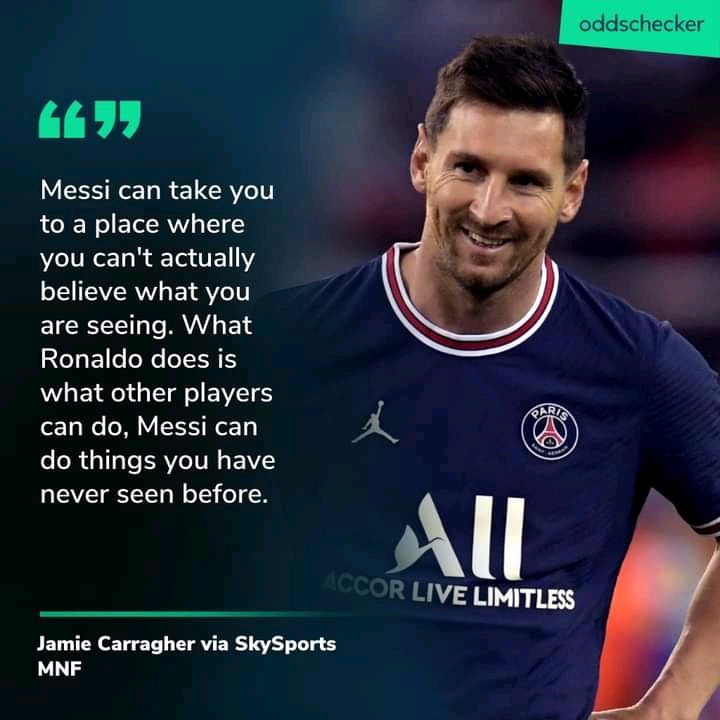 Carragher took Leo Side and even described him as the "Messiah". He was of the opinion that Ronaldo could do things other players normally do like Harry Kane but Messi does things no other player does. Messi dribbles, make plays and is also a prolific goal scorer. 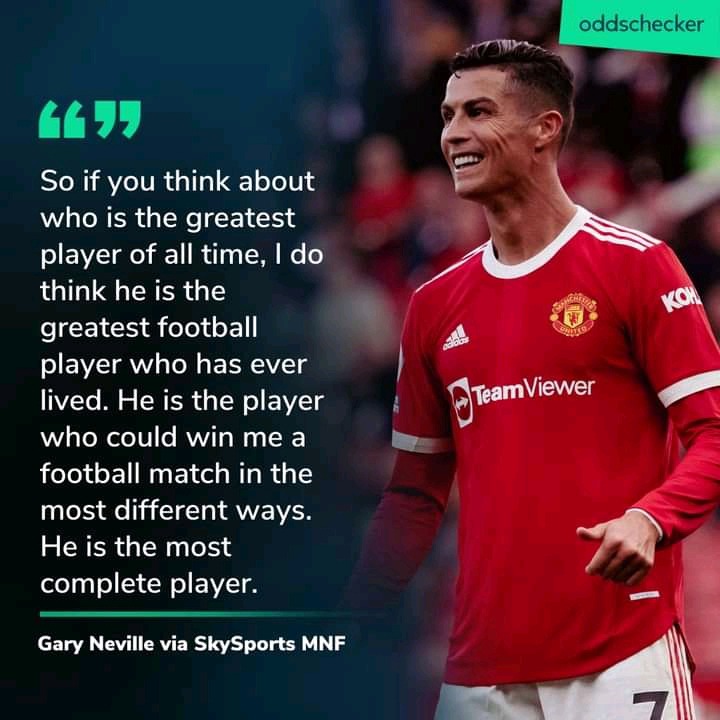 Gary Neville on the other side took Cristiano's side. He said Ronaldo is a more complete player than Leo Messi. He said Ronaldo can score with both feet, head the ball, and also score free kicks and penalties. He was banking on Ronaldo to win a game off the bench than Leo Messi. While saying all this, he released a stat of both players which compared their goals and trophies.

The stats didn't go unnoticed by Messi fanboys as they spotted errors Neville made on Leo Messi's stats both on the number of Champions League and international trophies won by Leo Messi. 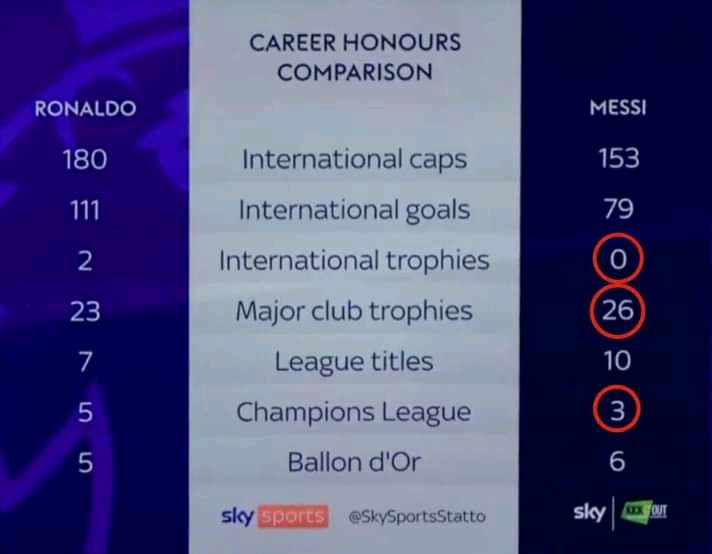 The fanboys were actually right. Messi has won 4 champions league all with Fc Barcelona and also has an international trophy to his name after their Copa America victory in Brazil this year. Messi also has more than 26 major trophies to his name.

Did you notice these errors?