10 Footballers who are too Good for their current Clubs

By Tolani.com (self media writer) | 2 years ago

With leagues across various countries coming to a close, the focus will now be on the transfer window. It is expected to be a quieter event due to the financial instabilities that have been created by the COVID-19 pandemic.

However, clubs are still expected to make moves for players. With the likes of Chelsea and Bayern Munich having already begun their summer shopping, there are some good players clubs should be targeting.

We look at 10 players who are too good for their current clubs.

Regarded as one of the best young players in Italy, Sandro Tonali has always been regarded highly.

The midfielder has been Brescia's best player this season, dictating play from midfield. Capable of playing in a central role as well as in defensive midfield, the 20-year-old has produced quality performances consistently in his first season in the Italian top-flight.

The Italy international has made 30 appearances in the league this season, and has scored one goal and provided seven assists. He leads his squad in key passes per game, and is also second in the league in dribbles per game.

Tonali has been linked with moves to Inter Milan, Juventus and Manchester United over the last few months. 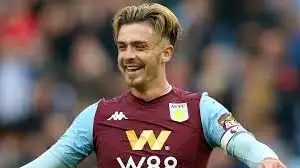 Aston Villa have had a season to forget in the Premier League. Having been promoted from the Championship last season, they spent a lot of money but are currently fighting relegation.

Captain Jack Grealish has been Villa's best player this season. An Aston Villa academy graduate, Grealish has played in multiple positions for his club, occupying midfield areas as well as playing as a left-winger. The 24-year-old has led from the front, even though it has not been nearly enough.

This season, the England U-21 international has played 34 games in the league, and has scored seven goals and provided six assists. He leads the Aston Villa squad in key passes per game and dribbles per game.

Grealish has been persistently linked with a move to Manchester United for some time now. Manchester City are also said to be keeping an eye on the winger. 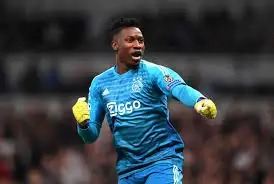 Andre Onana looks ready to take the next step in his career, and Ajax are said to be willing to let him go for the right price.

The goalkeeper has been ever-present for the Eredivisie champions since his debut in 2016. Replacing the Barcelona-bound Jasper Cillessen, Onana has looked impeccable, with his strong reflexes and commanding presence in the box.

The former Barcelona academy player played 24 games in the Eredivisie for Ajax this season. A good passer from the back, the Cameroon international is the perfect embodiment of the modern goalkeeper.

The 24-year-old has been linked with a move to Chelsea, as a replacement for the error-prone Kepa Arrizabalaga. 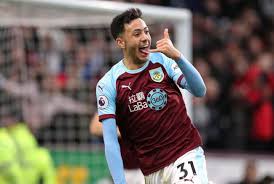 The 20-year-old had his breakthrough season in the 2018-19 season and has not looked back ever since. McNeil has been one of the first names on the team-sheet for Sean Dyche, with his dribbling and crossing ability from the wings a vital aspect of how his side play.

McNeil has made 36 appearances in the league this season, and has scored two goals and provided six assists. He leads the Burnley squad for crosses per game, and has also registered good dribbling numbers.

Manchester United and Arsenal have been linked with the England U-21 international.

When Nabil Fekir joined Real Betis from Lyon last summer for a fee of €20 million, it raised a lot of eyebrows. Fekir had been close to a move to Liverpool the season before, only for the deal to fall through.

The France international has been Real Betis' star player this season. Having played in a variety of midfield and forward positions, Fekir's creativity and attacking prowess has stood out in the Spanish first division.

The 27-year-old has made 31 appearances in the league this season, scoring seven goals and providing four assists. He leads the squad for shots per game and dribbles per game, and is third for key passes per game.

Arsenal have been linked with the World Cup winner over the past few months. 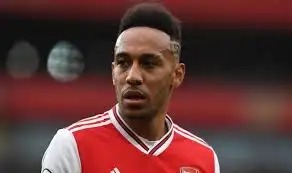 Comfortably Arsenal's best player this season, Pierre-Emerick Aubameyang has been one of the few positives in a dismal campaign.

The Gabon international's pace and finishing prowess have won Arsenal a lot of points over the course of the season. Capable of playing as a left-winger as well as a central forward, Aubameyang's contract expires next summer. Arsenal's priority right now should be his contract extension.

The 31-year-old has made 34 appearances in the league, and has scored 20 goals and provided two assists. The former Borussia Dortmund player leads the squad in shots per game.

Aubameyang has been linked with moves to Manchester United, Barcelona and Chelsea.

A rumour-mill favourite, Wilfried Zaha has been perennially linked with a move away from Crystal Palace.

The 27-year-old is undoubtedly his club's main asset, and they would not be willing to let go of him for cheap. A forward who has played all across the forward line this season, Zaha's dribbling ability is well-renowned. The former Manchester United man looks ready to move to a top club, but it will be interesting to see who pays what Crystal Palace want.

The Ivory Coast international has played 36 games in the league, and has scored four goals and provided three assists. He leads his squad in dribbles per game, and is second in shots per game and key passes per game.

Zaha has been linked with a move to Arsenal, Bayern Munich and Everton.

Regarded as one of the best young players in the world, Houssem Aouar looks set to leave Lyon this season.

A product of the well-renowned Lyon academy, Aouar has been in fine form for his club. The 22-year-old is a versatile player, capable of playing in midfield as well on the wings, and his dribbling and overall attacking play have gained plaudits.

This season, the France U-21 international has played 25 games in the league, and has scored three goals and provided four assists. He leads the Lyon squad in dribbles per game.

Aouar has been linked with moves to Manchester City and Juventus for some time. 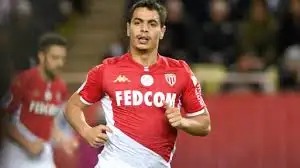 Arguably one of the most underrated footballers in world football over the past few years, Wissam Ben Yedder has been a prolific goalscorer throughout his career. At the age of 29, he might finally be getting the recognition he deserves.

Having joined Monaco last season after three successful seasons with Sevilla, Ben Yedder has led the line for the principality club phenomenally. A creative player with an eye for goal, the France international has been in fine form.

In 26 league appearances, he has scored 18 goals and provided four assists. He finished as the top goalscorer in the league, alongside Paris Saint-Germain's Kylian Mbappe.

Ben Yedder was linked with a move to Manchester United before moving to Monaco. Arsenal are said to be monitoring his situation as well. 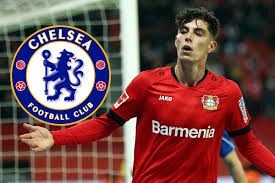 One of Bundesliga's best and brightest, Kai Havertz has been linked with some of the biggest names in football - such have been his performances for Bayer Leverkusen.

An attacking midfielder who has played as a striker and on the wings, Havertz has been Leverkusen's shining light. The 21-year-old's passing, finishing and dribbling capabilities have all been in full show this season. Leverkusen are said to be demanding a fee of over €100 million for the youngster.

The Germany international has played 30 games in the league, scoring 12 goals and providing six assists. He leads the squad in key passes per game, registering good shots per game and dribbling numbers as well.

Chelsea are the club who have been persistently linked with the player. However, Real Madrid, Bayern Munich, Manchester United and Liverpool have all held talks.