Promise Fulfilled At Last, See What Juventus Told Barcelona That Will Happen at Camp Nou in October

By Safetyhub1 (self media writer) | 1 year ago

After Barcelona FC defeated Juventus 2-0 at the Juventus Stadium on October 29 in the Group G, Barcelona FC took their Official Twitter account to mock Juventus over their loss at their backyard. 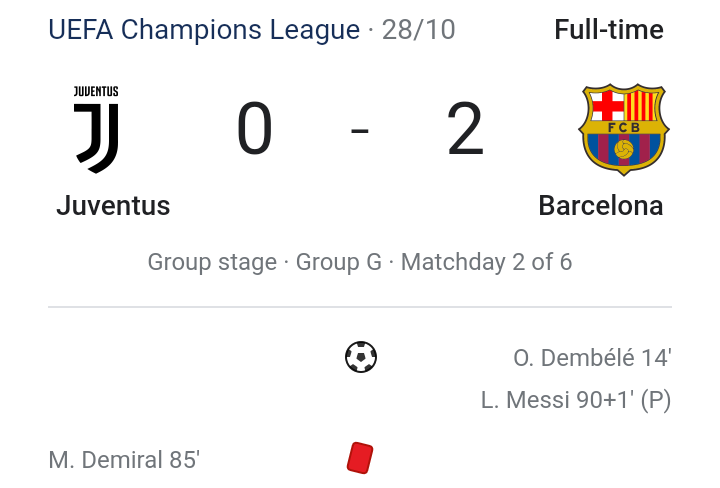 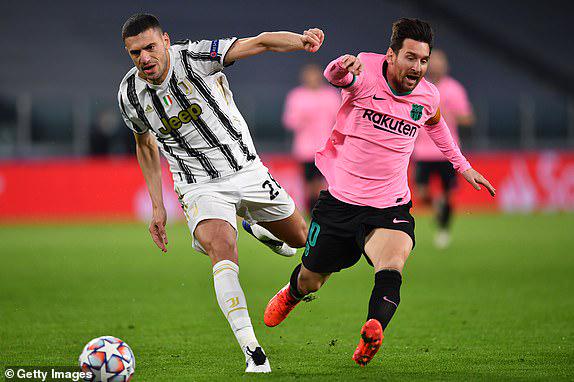 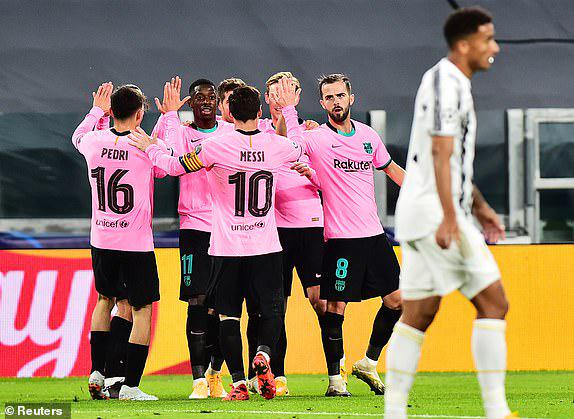 See Barcelona tweet on 29th October 2020, tweeted 12 hours after Barcelona won Juventus away from home. Barcelona mocked Juventus FC and the fans telling them that they were glad to present the GOAT (Greatest Of All Time) to their pitch. 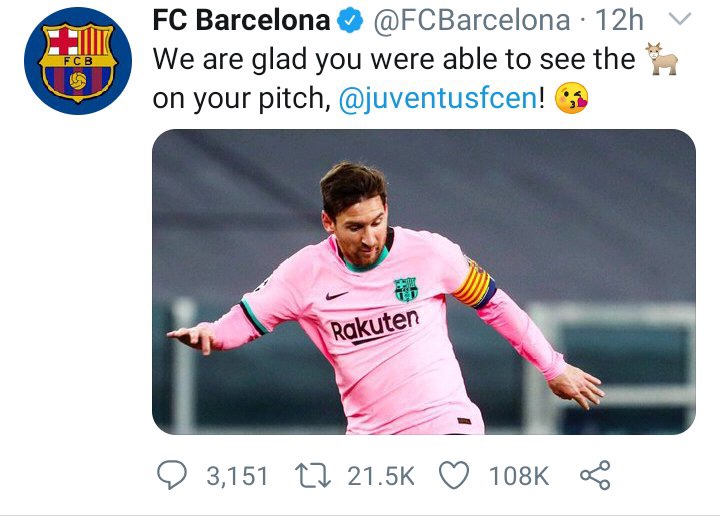 The tweet didn't go well with Juventus who responded to tweet informing Barcelona FC that they are looking at the Wrong dictionary that they will bring the right GOAT (Greatest Of All Time) to the Camp Nou. 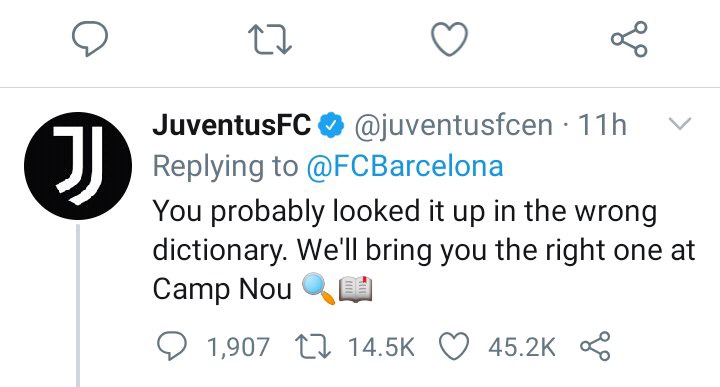 Recall that in the match, Cristiano Ronaldo didn't play as a result of COVID-19 virus he contracted while at international duties with the Portuguese national team. 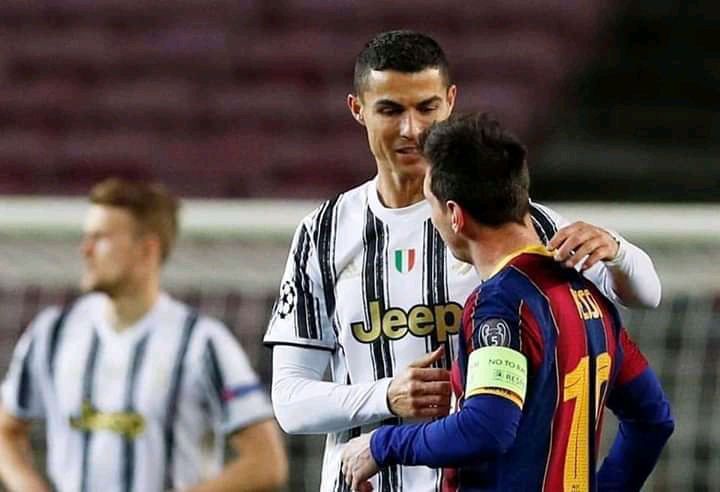 The former Real Madrid star was unable to recover in time to face off against his eternal rival, Lionel Messi in the first leg which saw Lionel Messi and Barcelona leaving Juventus with all the three points. 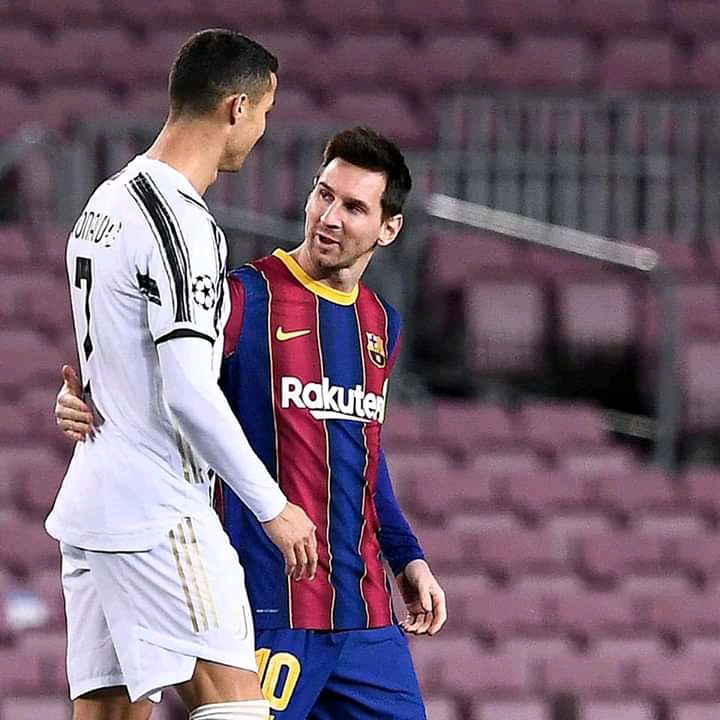 Fans have been craving for the reunion of Cristiano Ronaldo and Lionel Messi on the pitch as the duo hasn't faced each other since Ronaldo left Real Madrid to join Juventus in 2018. 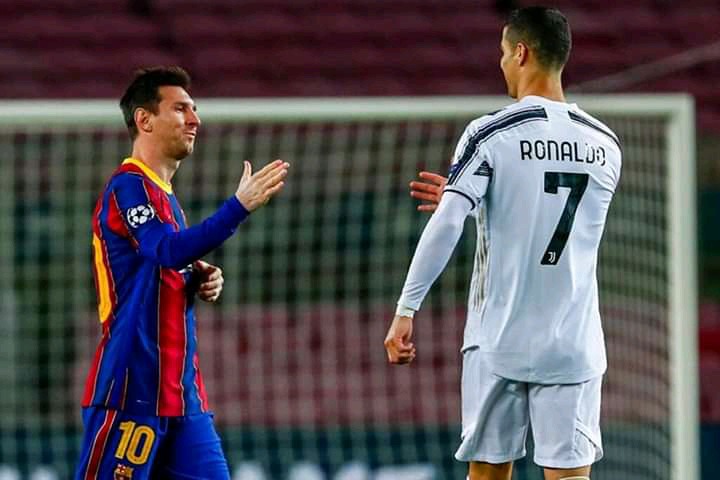 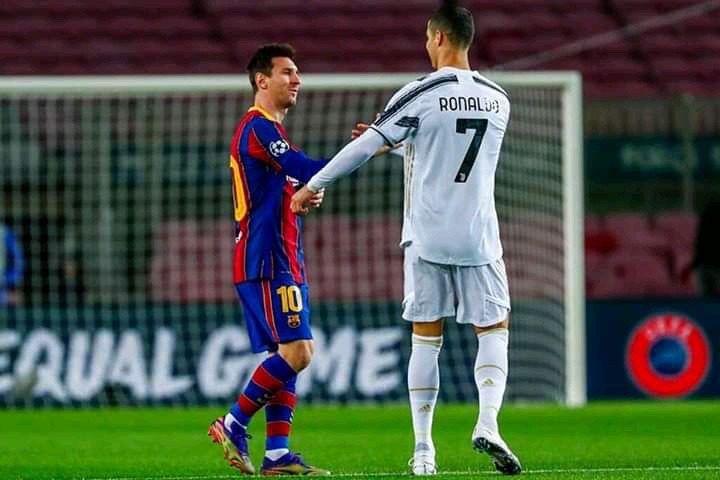 Juventus FC as promised came to Camp Nou with Cristiano Ronaldo who scored two goals in Camp Nou to help Juventus beat Barcelona 3-0 to seal their qualification to the knockout stage of the Champions League. 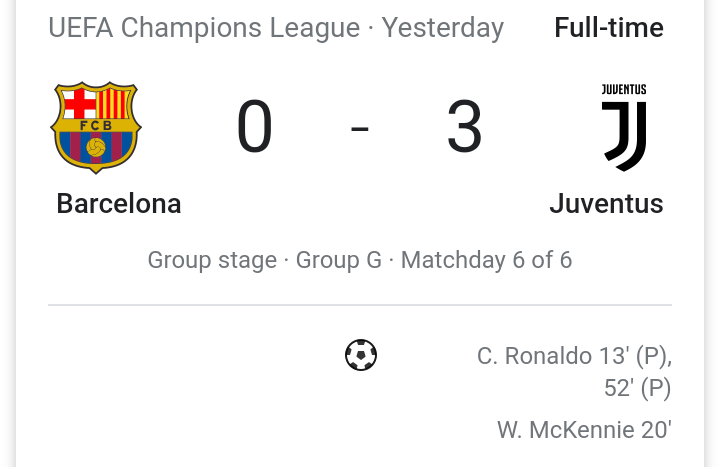 Juventus FC took to their Twitter handle to inform Barcelona FC that they have finally fulfilled their promise with Cristiano Ronaldo scoring two in the game to prove that he is the better player than Lionel Messi. 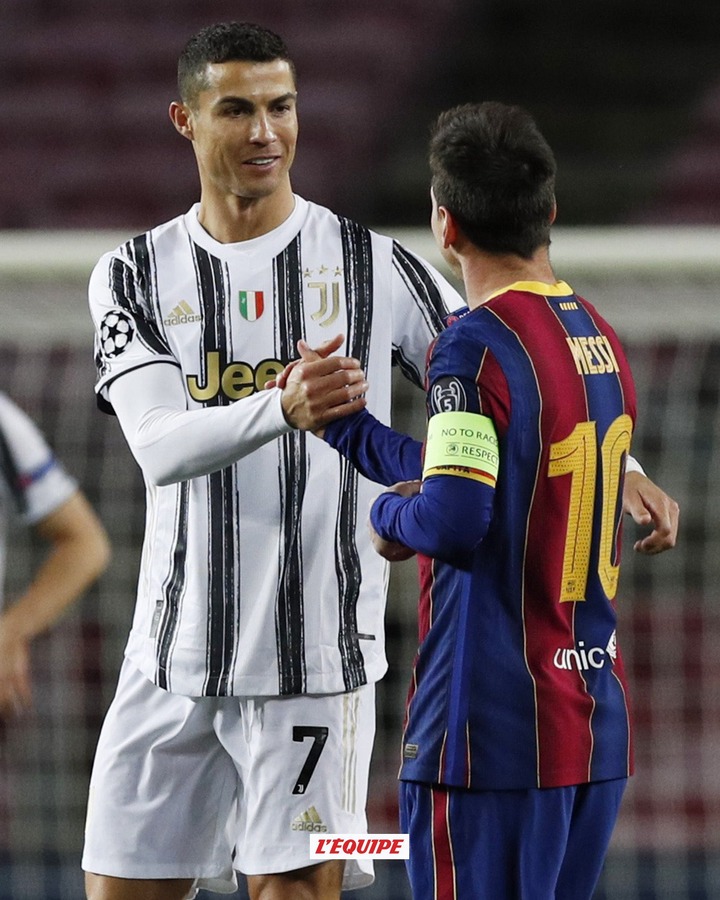 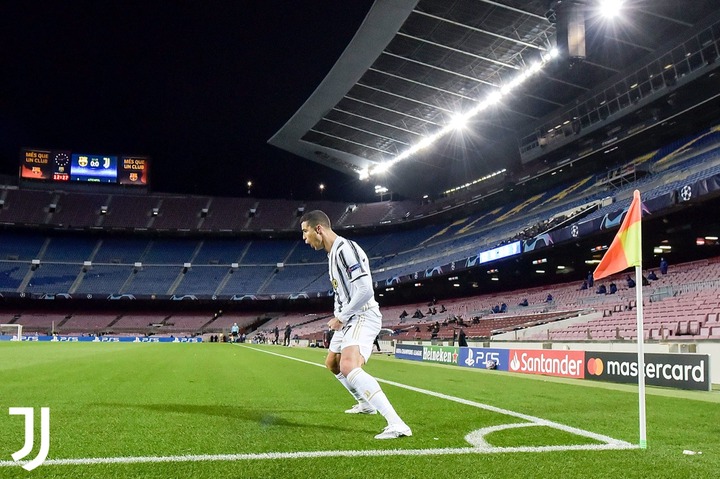 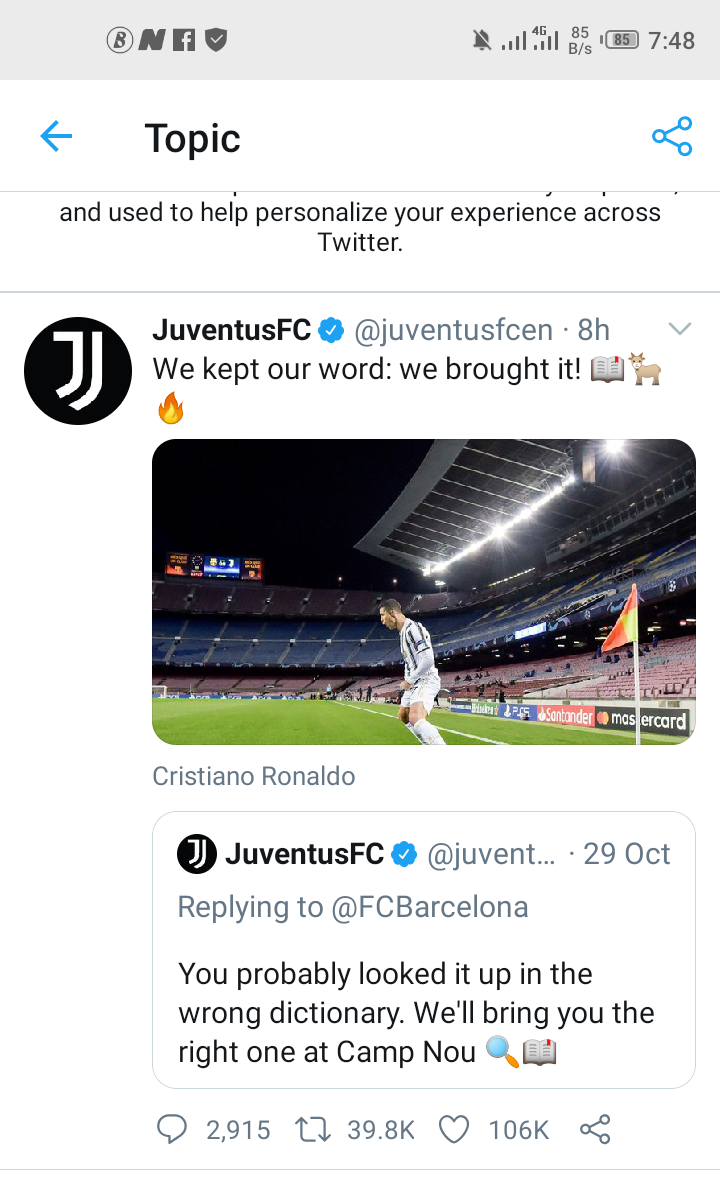 Cristiano Ronaldo and Lionel Messi rivalry continue as both players achievements in their careers speak for them.

Who is the better player or the G.O.A.T between Messi and Ronaldo?