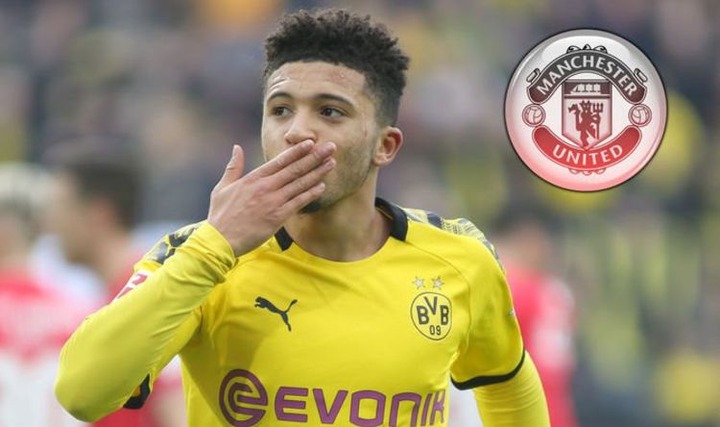 Manchester United are reportedly edging closer to striking a deal with Borussia Dortmund for the transfer of Jadon Sancho ahead of the summer transfer window.

United have been heavily linked with the Dortmund player, with many expecting the Premier League side to snap up the winger in the summer. Sancho, who was involved in 40 goals across all competitions in the 2019/20 season for BVB has attracted interest for many top clubs in Europe including Real Madrid, Liverpool and Chelsea as well as Manchester City.

At age 20, the England international seem to be a perfect fit for the new transfer profile Ole Gunnar Solksjaer has introduced since his appointment, giving the young talents a chance in his team.

The manager is looking to bring back the heydays under Sir Alex Ferguson back to Old Trafford with his plans clear and specific with the crop of players he wants. Jadon Sancho is also believed to be a huge fan of the Red Devils and is keen on representing them next season – although reports say it a decision could be dependent on United securing Champions League qualification.

Dortmund’s valuation of the player is said to have become the main hurdle for the Premier League outfit, with reports indicating recently that the Manchester side are not willing to part with anything above £50 million in the light of the effect of the coronavirus on finances. Lucien Favre’s side value playmaker at a fee in excess of £100 million, making both clubs far from an agreement.

Nevertheless, The Sun reports that the 20-time English champions are now close to agreeing a deal which will see Sancho play at Old Trafford.

The reports claim United are also on course to offload Jesse Lingard who is being watched by both AC and Inter Milan ahead of the transfer window which opens later this month.